Home
Stocks
Your Digital Self: NASA’s mission to an asteroid could uncover the secrets of planet formation
Prev Article Next Article 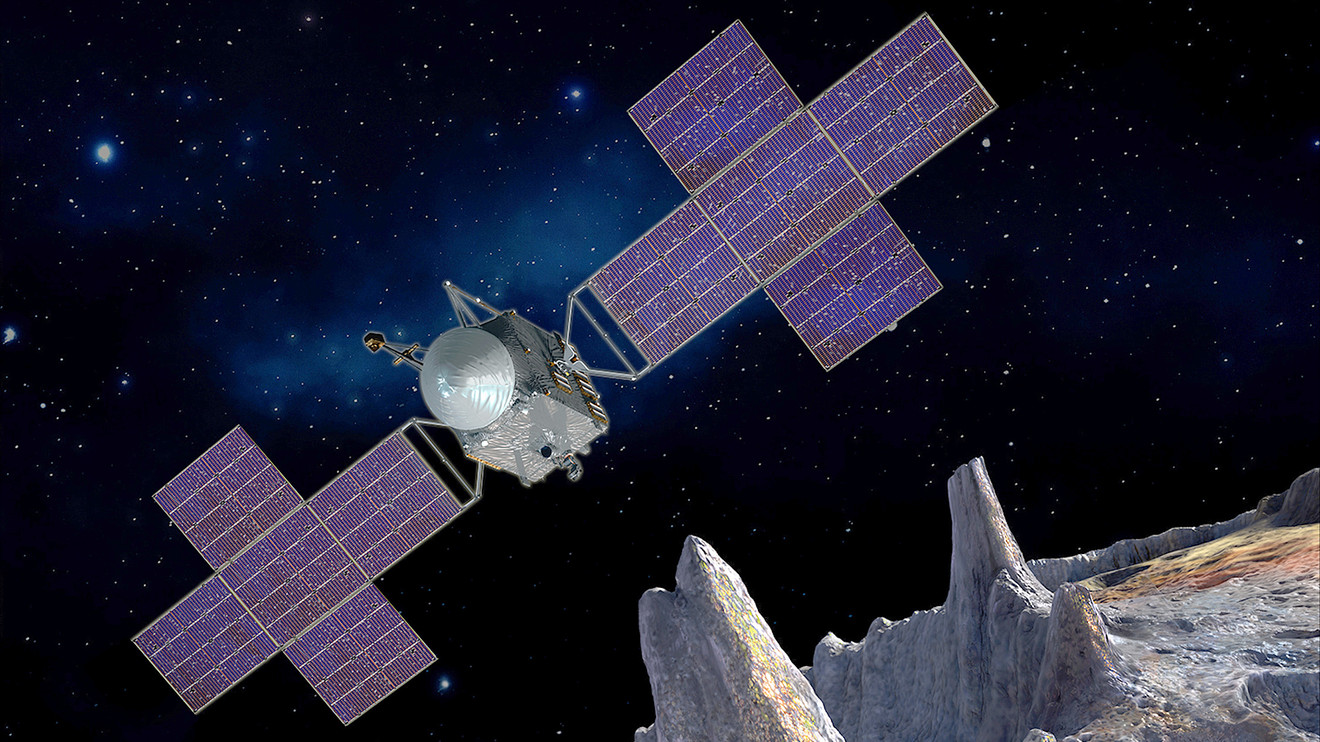 NASA is preparing to launch a mission to 16 Psyche, an asteroid made mostly of metal. The results of the project could lead to a better understanding of Earth’s formation.

About 90% of the asteroid is iron and nickel, although some speculate that there is enough gold and platinum to shake up the global economy if those metals could be brought back to Earth.

The asteroid is a unique astronomical object: It’s one of the 10 most massive bodies in the asteroid belt. It’s 226 kilometers (140 miles) in diameter, and scientists believe that 16 Psyche is the exposed planetary core of a small world that got hit so hard and so many times that its mantle got stripped away, leaving the core exposed. (The mantle lies between the core and the crust.)

This kind of research is invaluable for scientists, because it provides data on how planets may have likely formed. It will also answer many questions concerning the asteroid itself: How old it is, whether it is really a core of a small planet, and whether there are any similarities to Earth’s core formation.

Although it’s been touted by the media that 16 Psyche’s valuable metal brought to Earth would fetch a pretty penny (10 quintillion dollars is a popular estimate), bringing all that bling to Earth is out of the question. First, we still don’t have the technology that would enable us to haul that much mass and land it safely on Earth. Second, mining the asteroid and transporting it in chunks may also prove problematic, since we haven’t invented space mines yet.

Finally, even if we found a way to haul it all to Earth, the sudden rise in supply on the market would cause prices to plummet, which would severely affect the bottom line of the space miners and put the long-term profitability of the entire operation into question. I’m not saying we shouldn’t mine asteroids; we should, but not for minerals or metals — at least not right away.

Water, on the other hand, is a worthwhile resource to mine. Near-Earth asteroids rich in ice hold 100 billion to 400 billion gallons of water. We could use that water to produce rocket fuel. Liquid hydrogen, separated from the water molecules via electrolysis, could then be used to refuel space rockets, satellites and change the way we travel in space.

However, the asteroid 16 Psyche most likely does not hold significant amounts of water. But it does hold answers to some very important questions. Answers that will be uncovered by studying its metallic composition.

The proposed research will be conducted by using a robotic vehicle, dubbed the Psyche orbiter. The spacecraft will orbit the asteroid for six months, studying its topography, gravity, magnetism and other features. It will not land on the asteroid but will scan it using onboard equipment. The Psyche orbiter will also test the DSOC — Deep Space Optical Communications, a system of communication that is hoped to be 10 to 100 times more efficient than current spacecraft communication systems.

Once the orbiter reaches the asteroid, the entire observation period should last 20 months, and it will include orbiting, mapping and studying the asteroid’s properties. Space missions usually consist of phases from A-F, and Psyche mission has entered phase C — Final Design and Fabrication Phase, which ends on January 2021. The mission is scheduled for launch in August 2022, and the arrival at 16 Psyche is expected in January 2026.

Jurica Dujmovic is a MarketWatch columnist.