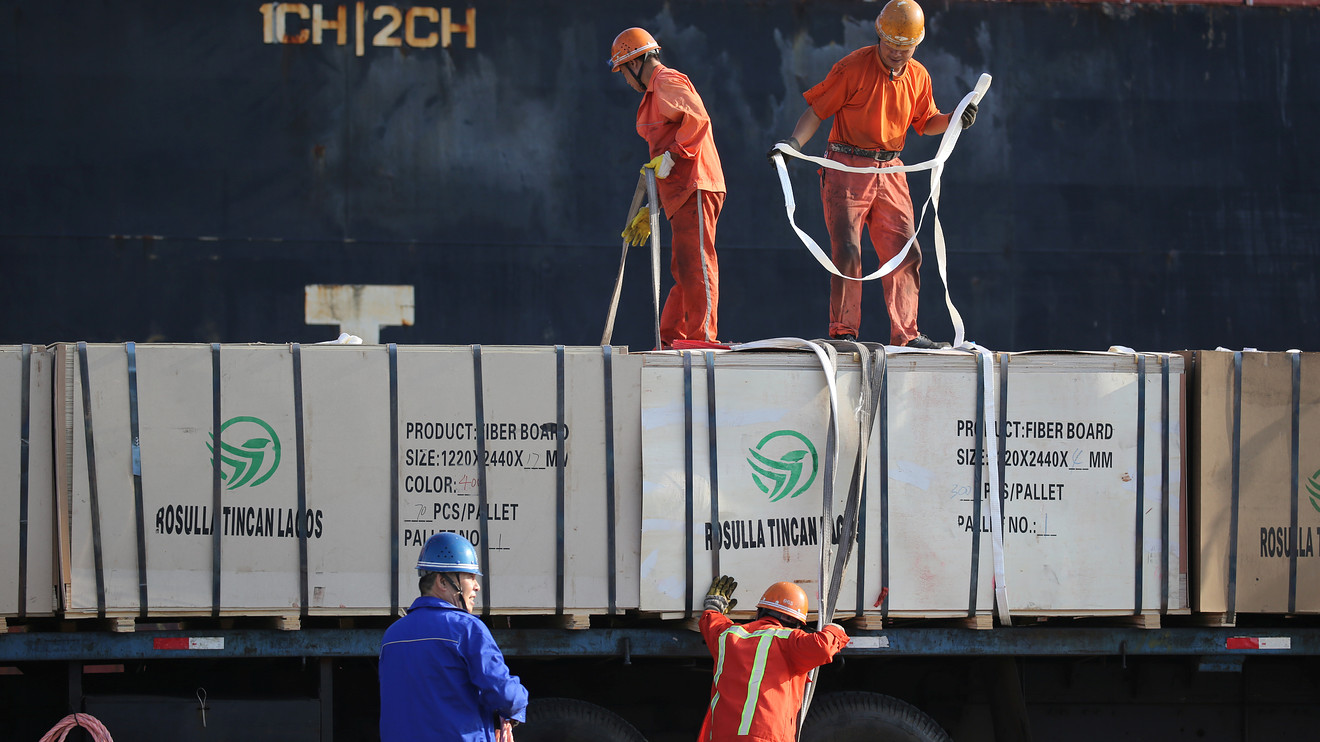 Shares skidded Thursday in Asia after moderate declines on Wall Street as anxious mounted over the possibility the U.S. and China may not reach a trade deal before next year.

A published report suggested a preliminary “Phase 1” trade pact may not be completed this year as negotiators continue to wrestle over differences. The report by Reuters cited an unnamed Trump administration official as saying it was possible a deal might not be reached, but more likely that it would.

The comments spooked investors already twitchy over the possible blow to the talks from U.S. Congressional resolutions expressing support for human rights in Hong Kong, where political protests have dragged on for months.

China condemned moves by U.S. lawmakers to throw their support behind the protesters in Hong Kong, threatening “strong countermeasures.”

“Asia has been nervous about the state of trade play all week with equities ex-China underperforming. The early price action this morning suggests that the cautious walk to the exit may be turning into an unruly every man for himself,” Jeffrey Halley of Oanda said in a commentary.

Investors have been hoping the world’s two biggest economies can make a deal before new and more damaging tariffs take effect Dec. 15 on about $160 billion in Chinese imports. Those duties would cover smartphones, laptops and other consumer goods.

“If a deal is not going to get done before the end of the year, then all of a sudden this uncertainty comes back in around what’s going to happen around December 15,” said Scott Ladner, chief investment officer at Horizon Investments. “Are the tariffs back on the table again? The market has certainly come to expect that those are not going to happen.”

The selling nudged the major U.S. stock indexes off their recent all-time highs.

Growing optimism among investors that the U.S. and China were making progress toward a limited trade deal helped pave the way for gains in the market in recent weeks, including a string of all-time highs for the major stock indexes.

That optimism dimmed Wednesday as investors weighed the implications of more tariffs kicking in next month.

The two countries have raised tariffs on billions of dollars of each other’s goods in the fight over China’s trade surplus and technology ambitions. That weighs on trade worldwide and threatens to depress corporate earnings and global economic growth, which has already showed signs of slowing.