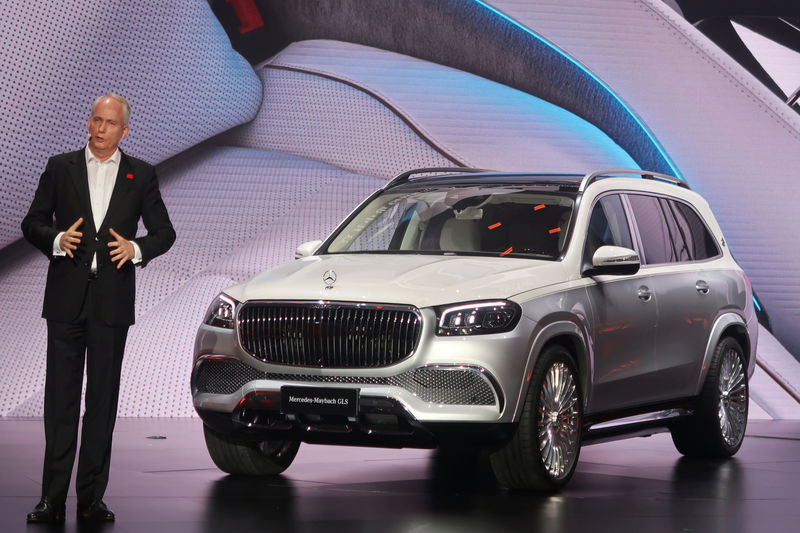 The move comes one day after James Bond’s carmaker of choice, Aston Martin (L:), rolled out its first SUV model, the DBX. Luxury carmakers from Rolls-Royce (LON:) to Lamborghini launched ultra-luxury SUV models in the past year to boost their brand’s overall profitability.

In 2012, Daimler, which owns the Mercedes-Benz brand, stopped making Maybach’s iconic long limousines after the vehicles, which were based on a unique design and cost around $380,000, failed to sell heavily enough.

At the time, Maybach vehicles were marketed as a separate brand from Mercedes-Benz. Among the owners were oligarchs, rap stars, and royals including Russia’s Roman Abramovich, musician Jay-Z and King Juan Carlos of Spain.

When the joint Mercedes-Maybach brand was launched in 2014, Ola Kaellenius, then the Mercedes-Benz executive responsible for marketing and sales, said the brand was expected to sell well in China, the United States, Russia and Japan.

At the Shanghai autoshow this year, Daimler’s Troska said demand for Maybachs was more than 600 a month in China.