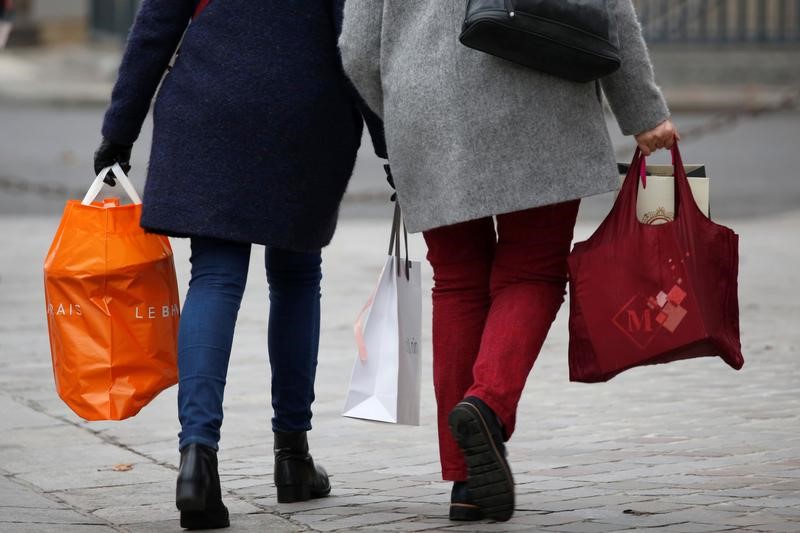 Investing.com – Here’s a preview of the top three things that could rock markets tomorrow.

The economic calendar on Friday includes manufacturing, services and consumer data that will likely offer clues on whether fears that fourth-quarter U.S. economic growth is set to slow have been misplaced.

IHS Markit will release its reading on November U.S. manufacturing and services PMIs at 08.30 ET (13:30 GMT).

With the crucial holiday season just around the corner, the University of Michigan’s final results of its November consumer sentiment survey will likely draw added attention at a time when some fear last month’s fall in retail sales points to a slowdown in consumer spending.

The University of Michigan’s , due at 10:00 am ET is forecast to show a final reading of 95.7, up slightly from the previous reading of 95.5, while data will also be in focus.

The latest rig count data due Friday will be closely watched to gauge whether there has been any change in sentiment on drilling activity follow four-straight weekly declines.

The weekly rig count is an important barometer for the drilling industry and serves as a proxy for oil production and oil services demand.

The continued decline in rig counts come as the low-price energy has deterred dented spending on exploration and production activity.

Foot Locker (NYSE:) is set to release its third-quarter numbers before the opening bell.

The footwear retailer’s results are expected to receive a boost from the launch of new products from brands such as Jordan, YEEZY and Nike (NYSE:) in the second half of year.

“The first half 2019 same-store sales increase of 2.8% means that Foot Locker (NYSE:) will have to produce second-half same-store sales of at least 4.3% growth just to get to the lowest end of the mid-single-digit increase for fiscal 2019,” Susquehanna said in a recent note.

Wedbush, however, has more faith in the potential boost from the product launches, forecasting Footlocker to generate same-store-sales growth of 4.9%, above Wall Street consensus of 4.8%.

The food manufacturer has had a tough start to its fiscal year as falling peanut and coffee commodity prices have forced it to lower prices on its coffee and peanut products, keeping a lid on margins.

Its pet-food business has also seen margins compress as competition heats up.

“We did not fully anticipate how broad and aggressive some of the pricing actions would be on trial sizes,” for premium dog-food products, Mr. Smucker said on a conference call following the first-quarter report.

Smucker guided adjusted earnings per share for the full year in the range of $8.35 to $8.55, down 10 cents, and sales were forecast to be flat to down 1%, compared with a previous guidance of up 1% to 2%.