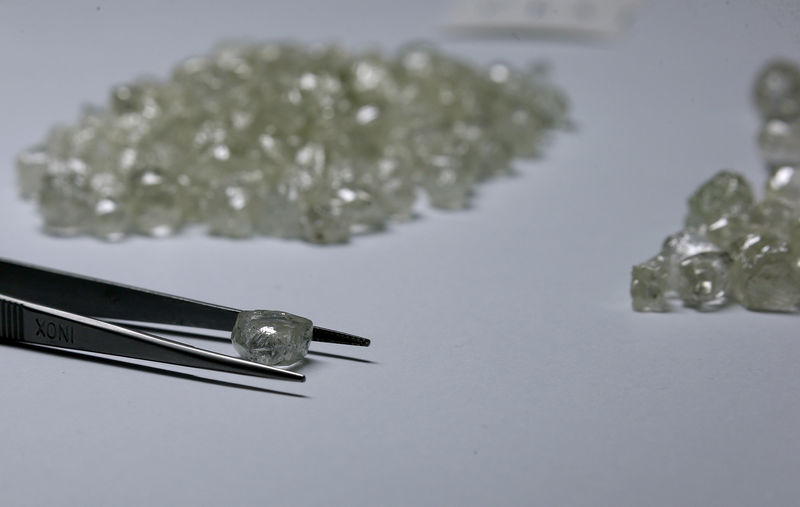 WINDHOEK (Reuters) – Namdeb, a joint venture between the Namibian government and Anglo American’s (L:) diamond unit De Beers Group, said on Thursday it was in talks with the government about tax breaks to extend its land-based operations beyond 2023.

Diamond mining is the largest taxpayer in Namibia and generates 20% of the southern African country’s export earnings.

Diamonds have been mined in Namibia since 1908, but land-based operations could end in 2023 as Namdeb says it is no longer economical to continue under the current tax regime.

Anglo American results show that its land operations in Namibia produced 209,000 carats in the first six months of 2019, 37% less than the first half of last year.

Namdeb currently pays a 10% royalty on its sales and 55% corporate tax on its profit.

“While that may be conducive or viable for new diamond operators, it might not be conducive to an aging marginal asset like Namdeb,” Burger said, adding he was confident that the government would grant the company a waiver, particularly for the royalty.

“I think there is an understanding of the importance of Namdeb in the economy and in particular in terms of the jobs that are affected by the current short life of mine,” he said.

Namdeb earlier this year sold its Elizabeth Bay Mine and associated marine assets to Lewcor, a Namibian consortium.

It had explored options to extend the life of the mine but could not find a way to make it profitable.