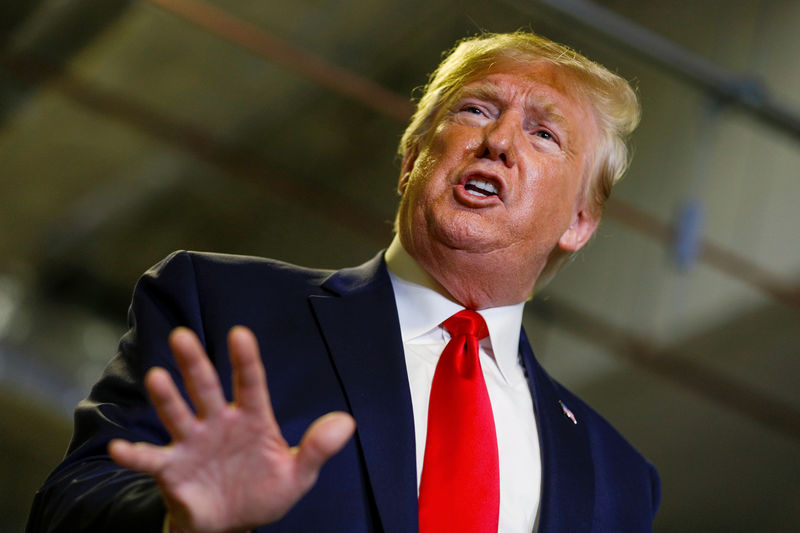 WASHINGTON (Reuters) – A Democratic-led U.S. congressional committee and a Democratic prosecutor in New York on Thursday urged the U.S. Supreme Court not to prevent President Donald Trump’s longtime accounting firm from handing over his financial records.

The House of Representatives Oversight Committee’s filing followed Trump’s request last week that the justices put on hold a ruling by the U.S. Court of Appeals for the District of Columbia Circuit that Mazars LLP must comply with the panel’s subpoena for financial records Trump has sought to keep secret.

Separately, Manhattan prosecutor Cyrus Vance asked the Supreme Court not to block release of eight years of Trump’s tax returns sought in a criminal investigation in New York, as ordered by lower courts. Trump has broken with decades of tradition by refusing to disclose his tax records as a candidate and as president, seeking to keep details of his finances confidential.

The Republican president said on Thursday he will release a statement on his finances before the 2020 presidential election, and asserted that it was up to him whether to provide such data.

Both cases represent an important showdown over the power of the presidency even as Trump faces an impeachment inquiry in the House.

The Oversight Committee has said the material it seeks is needed to determine whether Trump complied with laws requiring disclosure of his assets and to assess whether changes are needed in those laws.

On Monday, Chief Justice John Roberts temporarily put the matter on hold while the Supreme Court decides how to proceed.

The committee’s lawyers said Trump is seeking to halt the functions of a co-equal branch of government “by restraining a valid congressional inquiry and quashing a subpoena issued to a private accounting firm. That request should be denied.”

If the court does decide to hear the case, it should issue a ruling during its current term that ends in June, the committee’s lawyers added.

The Supreme Court could act on Trump’s request in the case at any time.

In the New York case, Trump last week asked the Supreme Court to review a federal appeals court’s ruling that Vance can enforce a subpoena to Mazars demanding Trump’s personal and corporate tax returns from 2011 to 2018.

Trump’s lawyers have argued in the case for broad presidential immunity from any criminal investigation while he is in office.

Vance said in court papers the case does not concern Trump’s role as president and hinges on his “private interest in seeking his own and others’ immunity from an ordinary investigation of financial improprieties independent of official duties.”

The justices are not likely to decide whether to hear the New York case until at least next month.

The court has a 5-4 conservative majority, including two justices appointed by Trump.