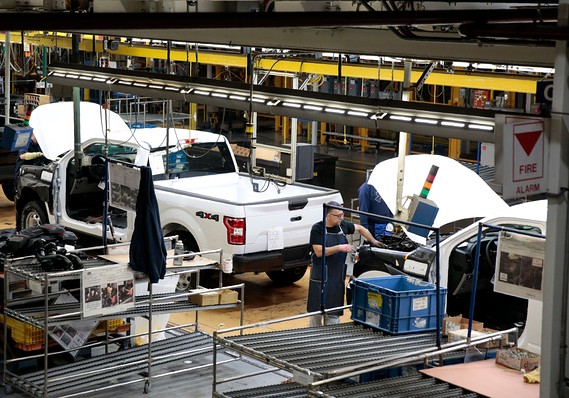 An employee works on the assembly line at Ford. Most Americans who want a job can find one and layoffs remain near a 50-year low.

The numbers: The number of people who applied for jobless benefits clung to a five-month high in mid-November, likely reflecting seasonal swings in employment just before the start of the holiday season.

Initial jobless claims were flat at 227,000 in the seven days ended Nov. 16, a week that included the Veterans’s Day holiday. 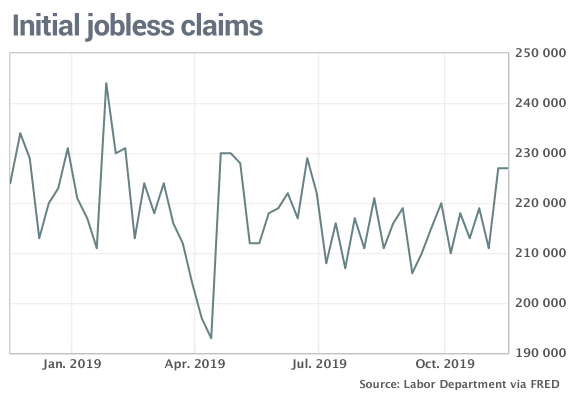 Economists polled by MarketWatch had forecast new claims to total 218,000 after seasonal adjustments.

The number of applications for unemployment benefits was revised up by 2,000 in the prior week to 227,000, the government said Thursday.

The current level of new claims is the highest since last June.

What happened: Actual or unadjusted jobless claims last week were almost exactly identical compared to the same week a year earlier: 226,444 vs. 226,576. That suggests barely any change in the rate of layoffs in the U.S. economy.

The government adjusts jobless claims to account for periodic swings in seasonal employment patterns. In most weeks the adjustments don’t matter, but they can result in gyrations that are most pronounced around big holidays such as Christmas.

The monthly average of new claims nationwide, meanwhile, rose by 3,500 to 221,000. The four-week average gives a more stable view of the labor market than the more volatile weekly number.

The number of people already collecting unemployment benefits, known as continuing claims, increased by 3,000 to 1.69 million. These claims are still near the lowest level since the early 1970s.

Big picture: The U.S. economy has slowed and so has hiring, but there’s little evidence that layoffs have begun to accelerate. Companies are still selling enough goods and services to maintain current employment levels and that’s acted as a stabilizing force for the economy.