Home
Breaking News
Forget Brexit. The U.K. Election Is About the Fate of the NHS
Prev Article Next Article 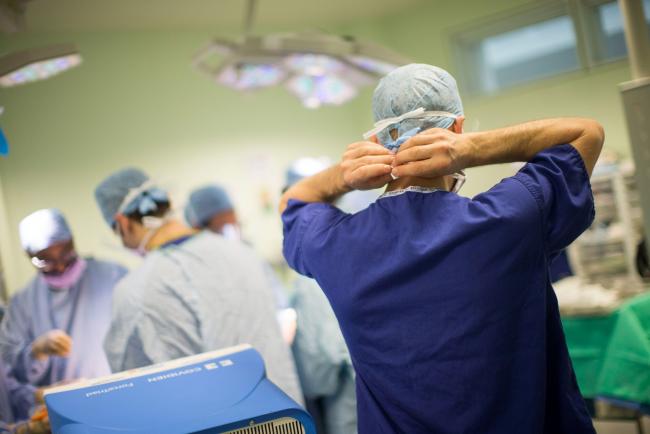 (Bloomberg) — When Britons go to the polls Dec. 12, the rest of the world will view the tally as a plebiscite on the U.K.’s departure from the European Union. In the streets of London and throughout the country of 66 million, there’s something quite different on many voters’ minds: the fate of the National Health Service.

The NHS is a symbol of the U.K.’s responsibility toward citizens, most of whom have never seen a hospital bill in their lives. As threats to its mission, staffing levels, non-profit ethos and roughly $200 billion annual budget grow, major parties are pledging fealty to the 71-year-old program.

Candidates for prime minister are trying to one-up each other with commitments to shore up the NHS — and looking for new ways to foot the bill. Labour’s Jeremy Corbyn opened his first campaign speech vowing “a health service people can be proud of,” offering to add 26 billion pounds ($34 billion) in health spending. Meanwhile, he has edged away from the Brexit morass, saying his party would “let the people decide whether to leave with a sensible deal or remain.”

Incumbent Boris Johnson is touting the Conservative Party’s planned 20.5 billion-pound investment in the health service over the next five years, along with a promise of 40 “new” hospitals — which turns out to mainly involve renovations. He said he’d postpone a planned cut in business taxes in part to fund priorities such as the NHS.

Health care has overtaken Brexit as the most important issue on voters’ minds, according to a campaign tracker from polling service Ipsos MORI. And that may be good news for Corbyn, who has sought to use the issue to claw back Johnson’s double-digit lead in the polls. Two-thirds of the U.K. public think Johnson’s government is handling the NHS badly, according to polling by YouGov, and Labour repeatedly returns to the subject.

“It’s one of Labour’s comfort zones where they’ll always try to trigger a sympathetic hearing,” said Andrew Russell, head of the University of Liverpool’s politics department. “Conservatives try to neutralize it by talking about how efficiently they can run services like the NHS.”The debates over Brexit and the NHS are linked. Britons collectively shuddered when U.S. President Donald Trump said earlier this year that the agency would be “on the table” in trade negotiations after the U.K.’s departure from the EU.

The hope had been that the special trans-Atlantic relationship would cushion some of the Brexit blow, so the hint of more infiltration by private insurers, hospital operators and consultants led to an outpouring of indignation. Even Johnson, who has played up prospects of a favorable deal with the U.S., recoiled.

While Trump has walked back his comments, fear of the real-estate developer’s influence sent a chill across the U.K. At the first debate between the two men on Tuesday, Corbyn brandished redacted documents that he claimed showed secret plans to allow “full market access” for U.S. companies. “You’re going to sell our NHS out to the United States and big pharma,” he told Johnson.

“Our NHS will never be for sale,” the prime minister replied, before warning that Corbyn’s plans for a four-day week would damage the institution.

One thing the country doesn’t want to import is U.S. prices of branded drugs, which are about 400% above the international median for representative products in industrialized countries, according to a study by digital health-care start-up Medbelle. British prices are roughly in line with the benchmark.

While Brexit is the country’s most polarizing issue — separating voters over their views on immigration, trade, the economy and the Northern Irish border — the NHS is an easier political card to play, and in the past it’s been an ace for Johnson.

In the runup to the 2016 referendum, he campaigned for a vote to leave the EU in a red “battle bus” painted with the claim, disputed by supporters of continued membership, that the U.K. sends 350 million pounds a week to Brussels. “Let’s fund our NHS instead,” it said.

Conceived in the wake of World War II, the NHS grew out of the idea that returning wounded and infirm soldiers should be cared for no matter their financial position. The notion of free, universal health care was extended to the general population and the NHS was born in 1948 under Labour Health Minister Aneurin Bevan.

It’s mostly been good medicine for the U.K.: average life expectancy is 10th among comparable nations at about 81 years, and the country ranks in the middle of its fellow Western nations in per capita health spending, with costs less than half those in the U.S.

Yet concerns about the system’s future are real. Funding is a perennial issue, and public approval has been falling. Last year, overall satisfaction was 53%, a 3 percentage-point drop from the previous year and the lowest level since 2007. Brexit may compound those problems, deterring staff from the European Union who have helped to keep it running.

Many divisions, called trusts, are groaning under the burden of complicated, hard-to-exit borrowing agreements that were entered to enable expansion, and half are expected to end the year in deficit. Patient out-of-pocket costs have increased since the 2008 financial crisis, and although the system is one of Europe’s most comprehensive, about 1 million British patients a year feel financial hardship stemming from outlays on care, according to a World Health Organization study.

While the NHS may need reform, anything that’s perceived to weaken the institution, by either party, could result in lasting rancor.

“The NHS occupies this elevated status which I think is unique in British politics, kind of a sacred cow,” Liverpool’s Russell said. “Whenever parties have tried to reform it, they’ve found it politically poisonous.”