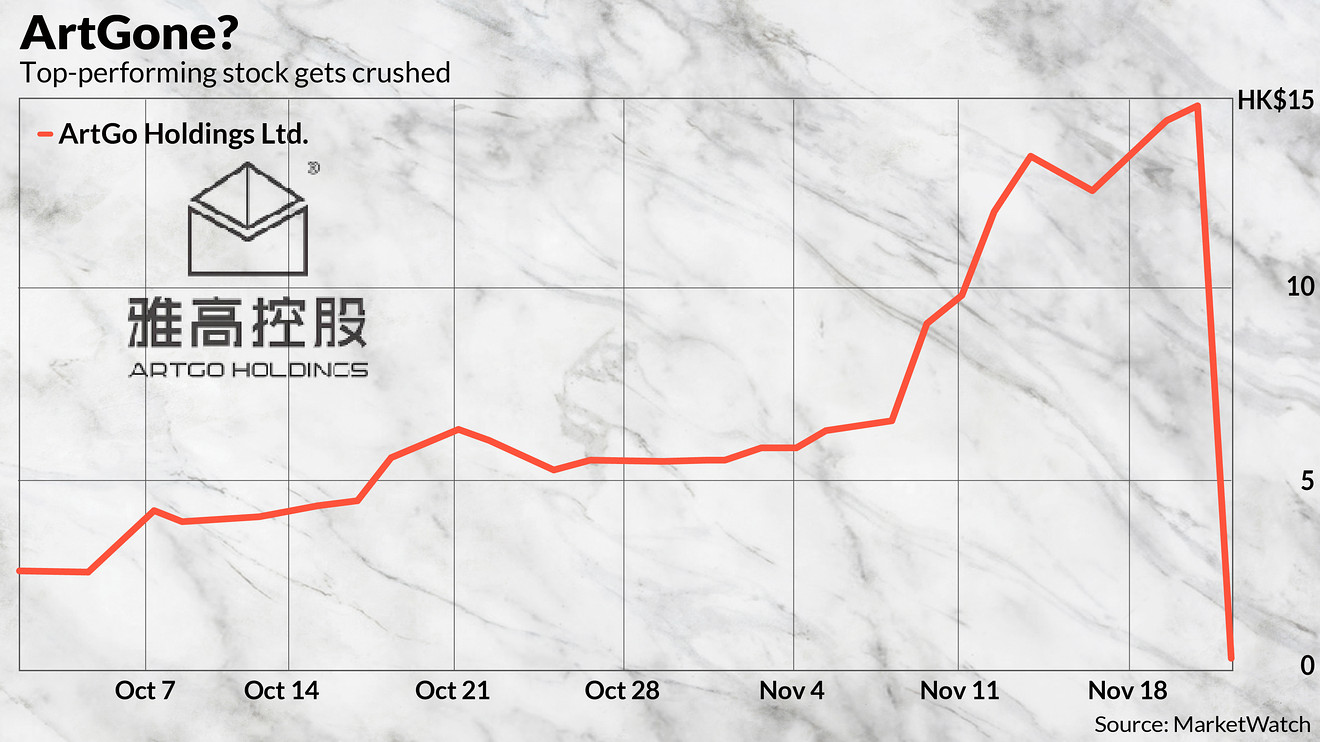 The Wall Street Journal on Wednesday told investors that a “mysterious marble bubble” was coming soon to your index funds.

Turns out that‘s not happening.

Among global companies with a market cap of at least $1 billion, ArtGo, prior to Thursday’s brutal session, had enjoyed the biggest gain of the year, according to Bloomberg. But that all went poof in a big way when New York-based MSCI dropped plans to add the company to its indexes.

ArtGo, which has been awash in red ink for two years, apparently didn’t meet the necessary standards for MSCI listings after the index-compiler said “further analysis and feedback from market participants on investability.”