Home
Stocks
Investors have already priced in a U.S. – China trade deal, according to these indicators
Prev Article Next Article 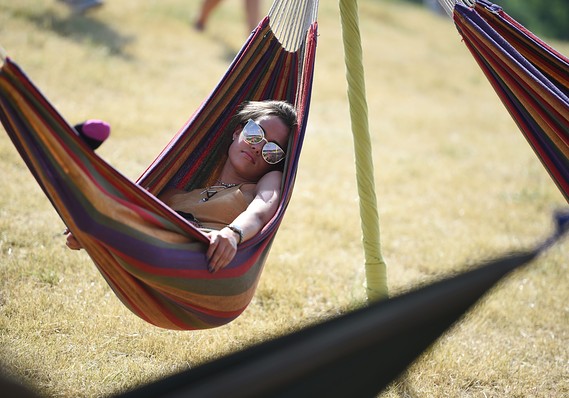 Markets may be taking a trade deal for granted and may be uncomfortably surprised if one doesn’t occur.

Markets may be more complacent about a U.S.-China trade deal than is obvious.

After all, investors seem to hang on every whisper of perceived progress or setback. “Risk-on” trades have, of late, been “on”. Then came Wednesday, when Reuters reported a potential deal would most likely not get done in 2019, sending stocks lower and bonds rallying.

But there may be more going on under the market’s hood.

As Nicholas Colas, co-founder of research group DataTrek, pointed out, “implied volatility” measures for various stock market industry groups and asset classes reveal what he calls a “whatever, man” stance.

Related: Here’s how to play the trade war with ETFs

Many investors are likely familiar with broad measures of implied volatility. The CBOE Volatility VIX, +3.52%   also known by its ticker, VIX, and its nickname, “the fear index,” is a commonly-tracked market indicator.

But Colas took a look at the implied volatility within options chains for several industry and asset class linked-exchange-traded funds. Each has its own varying degrees of upside and downside exposure to a done deal on trade, and for the most part, they’re saying traders have priced in that outcome.

For U.S. large-cap industrial stocks XLI, +0.20%, implied volatility has dropped a whopping 35% over the past month, Colas said. “While not as exposed from a revenue standpoint to global trade as other sectors, this group does have very high fixed costs,” he added. “A 2020 global economic recovery sparked by a trade deal would therefore help the group generate higher profits.”

The technology QQQ, -0.23%   and financial XLF, +0.24%   sectors have also both seen their implied volatility drop, though not as much as industrials: 16% and 12%, respectively. Tech is more exposed to revenue from outside the U.S. than any other group, and financials should – and already have – benefitted from a global pickup in growth.

See: The world is de-globalizing. Here’s what it may mean for investors.

On the flip side, Colas said, defensive equity sectors like utilities VPU, -0.61%, consumer staples FSTA, -0.42%   and real estate have all seen increases in implied volatility. Those groups wouldn’t do badly if a trade deal was finally consummated, but riskier sectors would look more attractive to most investors.

What to make of all this? “Markets think this pie is baked, cooled and ready to serve,” Colas said. DataTrek, “for better or worse,” is confident that a trade deal will get done and that the global economy will improve in 2020. If you aren’t as sanguine, he added, “you need to be lightening up on risk exposure right now.”

See: The market is too pessimistic about prospects for a trade deal, says a long-time China watcher