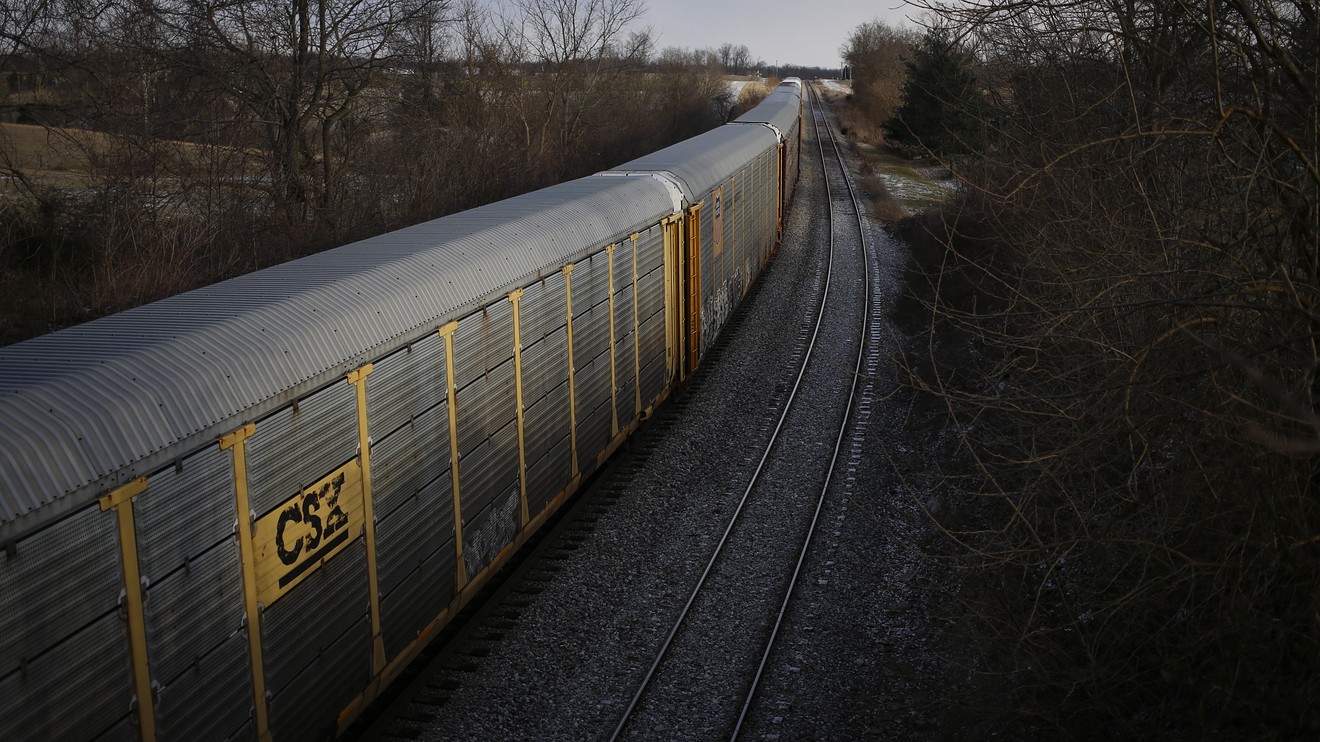 But these days, Big Tech stocks like Google parent Alphabet GOOG, -0.94% GOOGL, -0.82%  and Facebook FB, -0.91%  are increasingly drawing the ire of politicians and regulators for their scale and power. So while being dominant is great, it also pays to make sure you’re not irritating the wrong people in the wrong places.

And besides, history shows that even deep-pocketed tech companies can still turn out to be disappointing from an investment perspective. Consider dot-com darling Cisco Systems CSCO, -0.86% that boasts some $30 billion in cash and investments lying around but has a share price that chronically underperformed the S&P 500 index SPX, -0.38%  for several years.

If you really want investments that avoid competition and pay off, it’s worth looking past the rather fashionable monopolies in Big Tech and going old school. Instead of chasing the next internet Unicorn, take a look at boring but oligopolies instead.

Unlike a true monopoly run by a single dominant players, oligopolies are characterized by a small group of entrenched peers who at best compete only theoretically and at worst collude to run a small corner of the economy however they see fit.

However you slice it, it adds up to consistent revenue — and reliable investment returns.

There’s a lot of talk among bros with man buns about how cryptocurrency like bitcoin BTCUSD, -2.23% will decentralize the money system and allow folks to transact without the big banks. In the meantime, we are all stuck with three payment processing options: Visa V, -0.61%, Mastercard MA, +0.02% and American Express AXP, -0.58%.

Visa operates the largest credit card networks in the U.S., with 2018 payment volume of $1.95 trillion and 336 million Visa credit cards in circulation in the United States. That averages out to a card per person! Mastercard “only” tallied $811 billion in U.S. credit purchase volume with 231 million credit cards, with upscale issuer American Express close behind with $776 billion in 2018 volume despite a comparatively small 54 million cards in circulation.

That adds up to a stunning $3.5 trillion in volume.

As for what the future holds, let’s remember that’s just U.S. data. For instance, there are another 771 million Visa credit cards in circulation that bring the operator’s grand total to 1.1 billion pieces of plastic — enough for 1 out of every 7 people on the planet, and growing. Furthermore, these payments leaders continue to invest heavily in fintech applications such as mobile payments and blockchain — think Visa’s Fintech Fast Track effort to integrate into startups and AXP’s recent acquisition of payment automation platform acompay.

One way or another, all roads lead to these three payment kings. And it’s a pretty nice ride for investors, too: Visa is up more than 220% in the last five years to lap the S&P 500 index more than four times over, with no signs of slowing down.

Blockchain proponents may stubbornly stick to the notion that even entrenched financial players can be disrupted by a few good lines of code. So let’s move one step back to all the infrastructure that makes those mobile payments and internet connections possible: Big Telecom.

You can’t just drop out of Harvard and erect a network of wireless towers and fiber-optic cables overnight, which creates a massive barrier to entry for new players.

With the recent approval of a merger between T-Mobile US TMUS, +0.62%  and Sprint S, -1.92%, there’s now theoretically a three-horse race in America; T-Mobile had 66.5 million subscribers as of the third quarter while Sprint had 53.9 million. Combined, that’s around 120 million wireless customers, neck-and-neck with Verizon VZ, -0.03%  Wireless, and only modestly behind the roughly 160 million at AT&T T, -2.16%.

Here’s the thing though: AT&T pulled off an $85 billion acquisition of content king Time Warner in 2018, and Verizon’s Oath unit owns portals AOL, the Huffington Post and Yahoo! Not only will the combined Sprint/T-Mobile have a big hole when it comes to in-house content, it also has the dubious responsibility of financing $33 billion in outstanding debt at Sprint.

Is the best “competition” American consumers can expect in telecom? A merger of also-rans, stuffed to the gills with IOUs?

If you think the state of U.S. telecom competition is ugly, however, take a look at China Mobile CHL, -0.28% 941, -1.77%. The firm is the largest mobile telecom play in the world with more than 900 million subscribers and effectively has the blessing of Beijing to stay as big as it likes.

The internet is going nowhere, and neither are the big wireless telecoms at the top — no matter what happens in Washington, D.C., on Wall Street or anywhere else.

Though Verizon and AT&T stock haven’t blown off the doors lately, with share price returns only slightly outperforming the S&P 500 in the last year with 20% and 23% gains respectively, they both offer generous and reliable dividends on top of that. Verizon yields 4.1% and AT&T 5.4% at current prices.

More tangible than the information superhighway, America’s railroad system is just as integral to the U.S. economy. After all, those electronics and toys you order online have to eventually make their way from container ships to warehouses before they get delivered.

Similar to telecom, too, is the massive capital required to participate in this marketplace and the regulatory oversight that makes it incredibly difficult for new entrants to pop up. The result are regional networks: CSX CSX, -2.04%  and Norfolk Southern NSC, -1.41% that share the denser operations on the east coast of the U.S., and Union Pacific UNP, -1.74%  in the West.

According to the Association of American Railroads, there are 600 freight railroads in the nation but just seven “Class I” operations at the top of the scale — and that’s counting players like Canadian National Railway CNI, -2.11%  that operates largely north of the border save for key hubs and BNSF Railway owned by Warren Buffett’s Berkshire Hathaway BRK.A, -0.57% BRK.B, -0.71%. Even more impressive is that, according to AAR, these seven rail giants account for around 69% of freight rail mileage and a staggering 94% of all revenue.

It begs the question: Who are these suckers splitting the other 31% of actual work for a crummy 6% share of the total payday?

Sure, the golden age of passenger railroads is long past. But there’s constant demand to move shipping containers from ports, automobiles on flatbeds and oil in tanker cars. That makes America’s big three railroads all but bulletproof investments.

Over the last five years,CSX and NSC have significantly outperformed the broader market with returns of 92% and 72%, respectively, vs. a five-year return of about 51% for the S&P.

Publicly traded utility stocks provide another vital service to the U.S. economy, and have little regional overlap — or serious competition.

These customers are effectively a captive audience, with little choice but to keep paying their electric bill or simply live life off the grid altogether. There are pockets of mild overlap and competition, but players remain largely regional monopolies — and even amid rumblings of deregulation to foster competition, there is little real choice for regular Americans.

Consider a 2018 report from the Baltimore Sun about deregulation in Maryland. Though third parties could go door to door to peddle services, the local utility — now a subsidiary of $40 billion giant Exelon EXC, -0.02%  — retained ownership and distribution responsibilities across the network. The result was unsurprisingly a bunch of middle men who simply layered on extra costs instead of fostering a competitive electricity market.

According to the report, “confusing terms, teaser rates and in some cases deceptive marketing tactics have sent bills soaring by as much as 50% to 75%.”

But that’s all we can really hope for when it comes to competition in a highly regulated and territorially entrenched utility market. The good news for investors, at least, is that they can share in this sure-thing business model by becoming shareholders.

NextEra proves the profitability that comes from little regional competition, with more than 120% returns for shareholders in the last five years — and a current dividend yield of 2.2% on top.

Read: Here’s how the fight to control the utility involved in California wildfires could play out

While all of these previous lines of business are vital to the U.S. economy, there’s one final area worth noting that is literally a life-or-death issue — dominant for-profit health-care providers that are patients’ only option in an emergency.

Take HCA Healthcare HCA, +0.68%, a $45 billion network of 185 hospitals and 119 surgery centers that touches 28 million patients a year. By some measures, this makes HCA larger even than the state-run Veterans Health Administration. But unlike the VA, which tends to locate facilities in centralized areas where it can serve the most veterans possible, HCA operates a host of smaller facilities in places like Dublin, Ga., where there aren’t a lot of health-care options — or a lot of competition.

Universal Health Systems UHS, -0.91%  is another example, with a smaller $12 billion market cap but an equally impressive 350 inpatient facilities across 37 states. These include hospitals in places like Enid, Okla., more than an hour’s drive outside Oklahoma City. If you’re seriously ill in the region, it’s Universal Health Systems or bust.

Though there may not be much prospect of organic growth for these smaller health-care facilities out in the boonies, they are virtually guaranteed to have a steady baseline of revenue from “customers” who have no other realistic options.

It’s understanding if some bristle at the harsh realities of this system. Investors, though, can profit nicely alongside these insulated regional health-care providers, as evidenced by HCA stock. It has doubled the S&P 500’s five-year performance with a return north of 100% vs. just 51% for the benchmark index.

Jeff Reeves is a MarketWatch columnist. He doesn’t own any of the stocks mentioned in this article.