Home
Stocks
Key Words: Obama cautions at Salesforce convention that society’s at a ‘dangerous moment’ because of information tech
Prev Article Next Article 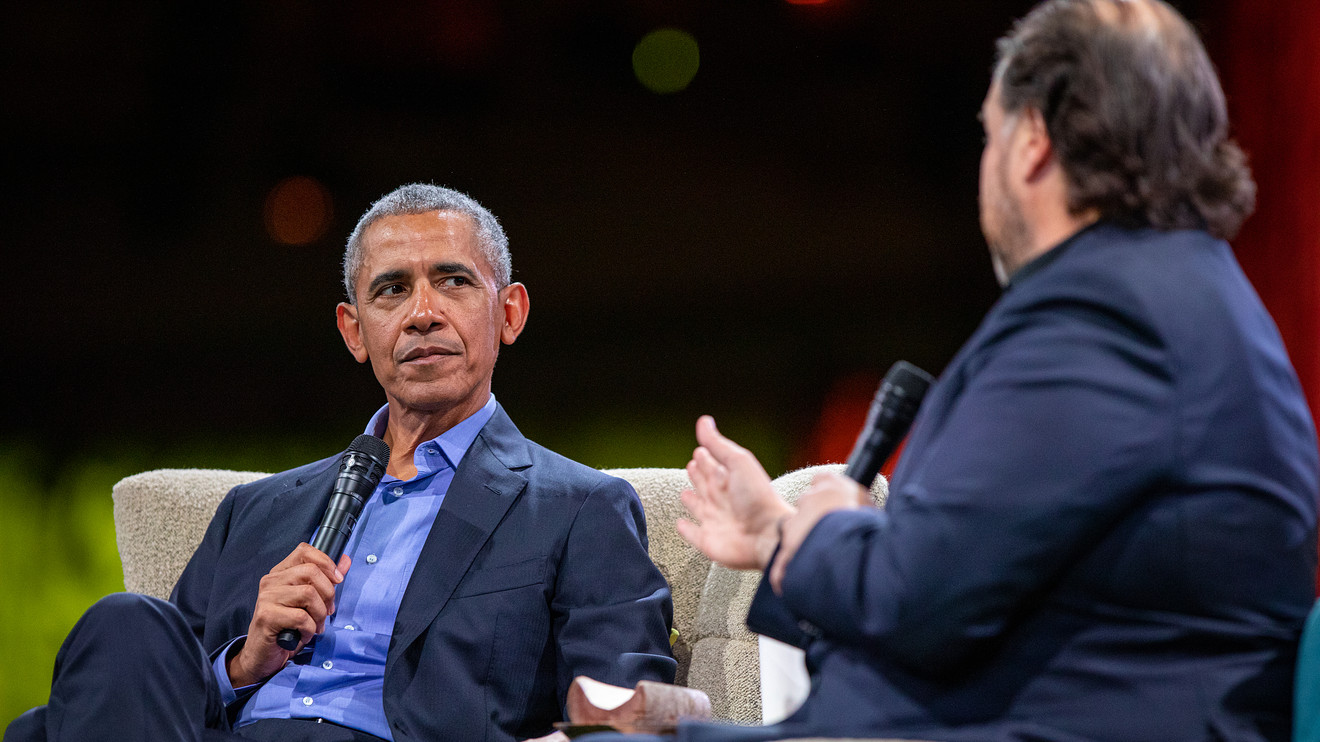 At one of San Francisco’s biggest tech conferences, the 44th president of the United States, Barack Obama, cited technology as a driver of three top challenges facing the world today.

In a fireside chat with Salesforce Inc. CRM, -0.80% Chairman Marc Benioff, Obama told the audience at Dreamforce 2019 that the top challenge facing the world today is climate change and that time is running out to successfully address it. “Climate change would be right at the top because there’s such a thing as being too late on some issues, and this is one,” Obama said.

His other two concerns, however, dealt mainly with how the world has struggled to keep pace with the explosive advance of information technology over the past few decades.

“The second would be the rise of extreme inequality, both within nations and between nations, that is being turbocharged by globalization and technology,” Obama said.

While information technology has given us global reach, it’s also “amplified inequalities, and so much of the political turmoil you see right now has to do with people feeling legitimately, materially insecure because of those disruptions,” and social institutions have been slow to catch up and adapt.

Read: Smartphones are distracting us to death—but we can fight back

Obama’s third concern is “the rise of this new information age” on society.

“What we’ve seen at each juncture whether it was the printing press, or radio, or television, now what we’re seeing with social media,” Obama said, explaining:

‘When you have big disruptive information technologies, that can be a dangerous moment because the part of what happens is that people don’t know what’s true and what’s not, what to believe and not to believe.’

”Right now,” Obama continued, “one of the biggest challenges we face is how do we get a common conversation, a common culture.”

In the past, whether you were Republican or Democrat, you were still watching Walter Cronkite, and the ground rules on how information was delivered were set. Whether one had a conservative or liberal bent, “we shared something that allowed us to then have a disagreement but not feel completely separate.”

“Now, if you watch Fox News you live in a different reality than if you read the New York Times,” Obama said. “We are siloing ourselves off from each other.”

That kind of isolation and insecurity can be problematic when they are embraced by business and political leaders, because leaders must not only be happy, but willing, to have smarter people around them at the table.

“I figured out fairly early on that it was self-defeating for me to want to only have people around who were saying, ‘Yes sir, that’s great sir, you’re brilliant sir,’ ” Obama said. “Obviously I would have married someone different if that was the way to go.”