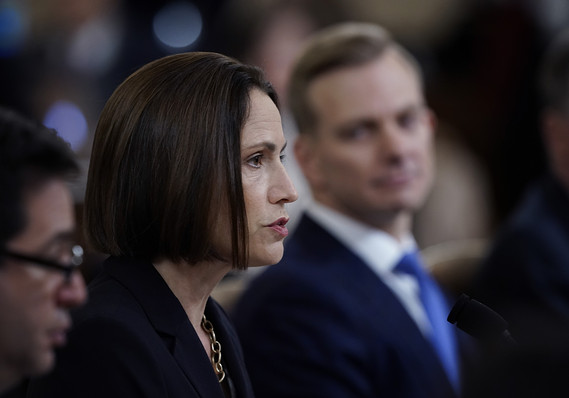 One day after 10 Democratic White House hopefuls concluded their latest debate, a former Russia expert at the National Security Council told lawmakers that Moscow is preparing to meddle in the coming U.S. election.

‘Right now, Russia’s security services and their proxies have geared up to repeat their interference in the 2020 election. We are running out of time to stop them.’

Fiona Hill, a former top aide to then–national security adviser John Bolton, testified Thursday in the impeachment inquiry into President Donald Trump. She said one of the current Republican talking points — that Ukraine interfered in the 2016 election — is a “fictional narrative” propagated by the Russians and warned time is running short to prevent interference by Russia’s security services this time around.

Rep. Devin Nunes, the top Republican on the House Intelligence Committee, pushed back against Hill, saying it’s possible for two countries to interfere in U.S. elections at the same time.

Democrats are investigating Trump’s request for Ukraine to announce investigations that could help him politically. The president denies wrongdoing. On Wednesday, meanwhile, the U.S. ambassador to the European Union said that he “at the express direction” of Trump urged Ukraine to open investigations.