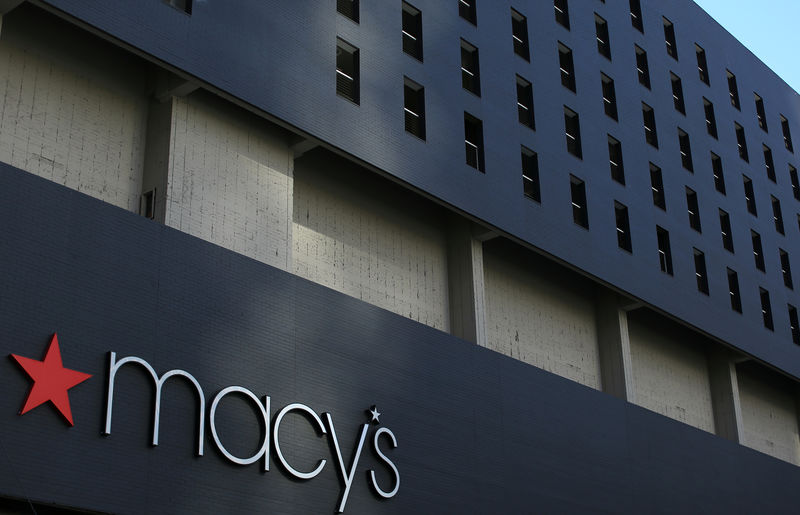 © Reuters. The Macy’s logo is pictured on the side of a building in down town Los Angeles

(Reuters) – Macy’s Inc (N:) cut its annual profit forecast for the second time this year on Thursday after a bigger-than-expected drop in third-quarter comparable store sales due to weak international tourism and sluggish mall traffic.

Shares of the department store operator fell 6% in premarket trading.

A weakening yuan has resulted in a fall in Chinese tourists visiting the United States this year and has weighed on sales at major retailers as the high spending travelers account for a significant portion of their revenue.

Comparable sales at Macy’s owned and licensed stores fell 3.5% in the third quarter ended Nov. 2, the first drop in two years, and bigger than the 1% decrease analysts had expected, according to IBES data from Refinitiv.

However, Macy’s said it had completed a revamp of about 150 stores with fresh interiors and better assortment of merchandise in time for the crucial holiday shopping season, which kicks off next week.

It also projected full-year total comparable sales to fall between 1% and 1.5%, compared to a previous forecast of up to a 1% rise.

Analysts had expected the company to break-even on a per share basis.