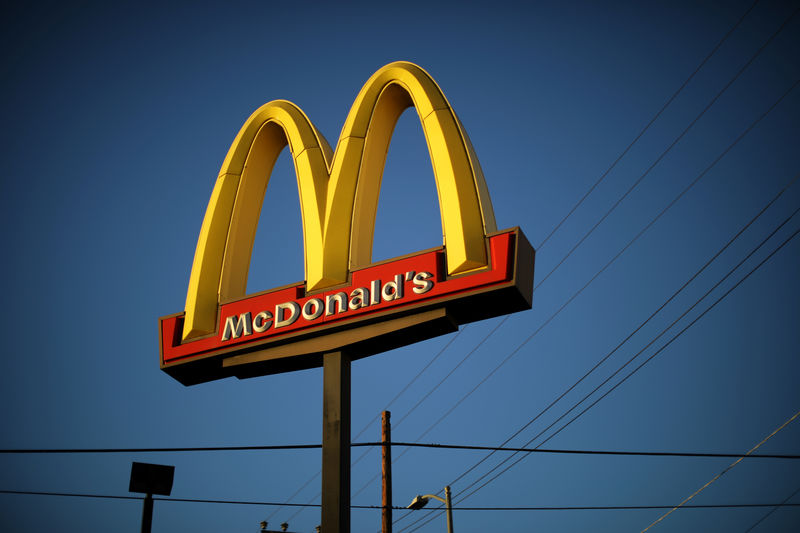 NEW YORK (Reuters) – McDonald’s Corp (N:) employees on Thursday sued the fast food giant and several of its franchisees in Chicago over a store redesign that staffers say has made it easier for angry customers to leap over the counter and attack them.

The suit, filed in Illinois’ Circuit Court of Cook County by 17 Chicago-area McDonald’s workers, claims McDonald’s has failed to protect them from a pattern of violence.

Employees have been threatened with guns, beaten with a wet-floor sign, had kitchen equipment thrown at them by a naked customer, been pepper-sprayed, been flashed and propositioned, and even urinated on, according to the complaint.

“McDonald’s takes seriously its responsibility to provide and foster a safe working environment for our employees, and along with our franchisees, continue to make investments in training programs that uphold safe environments for customers and crew members,” the company said in a statement that did not mention whether it planned to contest the lawsuit.

“In addition to training, McDonald’s maintains stringent policies against violence in our restaurants.”

The lawsuit targets McDonald’s so-called “Experience of the Future” store renovations announced in 2017, part of a corporate turnaround plan that came after years of stagnant sales.

The company said last year that it and its franchisees would invest $6 billion to revamp most of its roughly 14,000 U.S. stores.

In October, executives said more than 9,000 stores had completed remodeling – about two-thirds of all U.S. locations – with more in development before year’s end, and that the modernized stores had improved overall sales.

But the suit claims that the new design features split and lowered counters, creating easy access for customers seeking to harm employees on the other side.

Filed in conjunction with the Fight for $15 and a Union, the complaint alleges a nationwide epidemic of in-store violence, including an armed robbery at a McDonald’s in Orlando, Florida when workers were held at gunpoint in a walk-in freezer.

In the Chicago area, there are more than 20 calls every day to emergency services from McDonald’s stores, the suit said.

Those measures include drive-thru windows that block customers from entering the store, windows free of advertising materials that otherwise obstruct lines of vision and bathrooms that lock when workers need to clean them alone late at night.