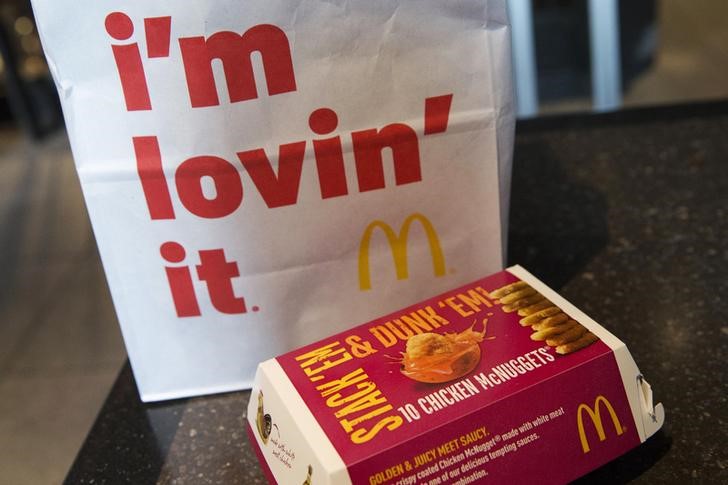 (Bloomberg) — Current and former workers from 13 Illinois restaurants are suing McDonald’s Corp. for failing to adequately protect employees from customers who become violent.

“McDonald’s breach of duty was the in-fact and proximate cause of plaintiffs’ injuries,” according to the complaint, which was filed Thursday by 17 workers in Cook County court.

The lawsuit claims the workers “are regularly exposed to violent and criminal behavior by customers,” and that the defendants — including McDonald’s corporation and franchisees who operate their stores — “have been and continue to be negligent in failing to protect their workers” from a “daily risk of violence while at work.”

In response, McDonald’s said that it “takes seriously its responsibility to provide and foster a safe working environment for our employees.” The company and its franchisees “continue to make investments in training programs that uphold safe environments for customers and crew members.”

McDonald’s added it “maintains stringent policies against violence in our restaurants.”

The workers’ complaint alleges that after a customer threw a sandwich through a drive-thru window at an employee, a manager grabbed the worker’s arm to stop her from walking away. When an employee repeatedly complained about men harassing and exposing themselves to her while she was cleaning the bathroom, it says, managers told her to get a new job if she wasn’t satisfied. After a customer exposed himself to an employee and groped her in a bathroom, a manager laughed and dismissed the incident, and the man continued coming to the store and harassing her, according to the complaint.

Worker advocates say such incidents are part of a nationwide problem at the chain. In a study released in May, the National Employment Law Project counted 721 local media reports of violence at U.S. McDonald’s stores over the past three years, most of them involving guns. That count likely represents only a fraction of the incidents that occurred, according to Deborah Berkowitz, the former Occupational Safety and Health Administration chief of staff who wrote the report.

Thursday’s lawsuit claims that the corporation has increased the risk of harm through choices like pushing stores to stay open late at night, a remodeling program that has stores tear down or lower counters that could have shielded workers from customers and failing to provide adequate safety and security training.

Workers in Chicago also brought a complaint in May to OSHA, and asked the federal agency to open a “systemic” investigation into McDonald’s Corp.’s handling of workplace violence throughout the U.S. OSHA declined to comment.

McDonald’s said in May that it was rolling out national workplace safety training programs at its company-owned restaurants.

That didn’t satisfy the company’s critics, who say McDonald’s requires its franchisees to adhere to detailed corporate guidelines in areas from bookkeeping to advertising, but chooses not to be equally stringent when it comes to anti-violence policies.

“McDonald’s controls everything that happens in its stores,” plaintiff Adriana Alvarez said in a statement released by the Fight For $15 and a Union, a Service Employees International Union campaign that’s been pressuring the corporation over issues including pay and sexual harassment. “But when it comes to our safety, it does nothing.”

Fight for $15 is not a named party in the suit, but is supporting it.

(Updates to include McDonald’s response)