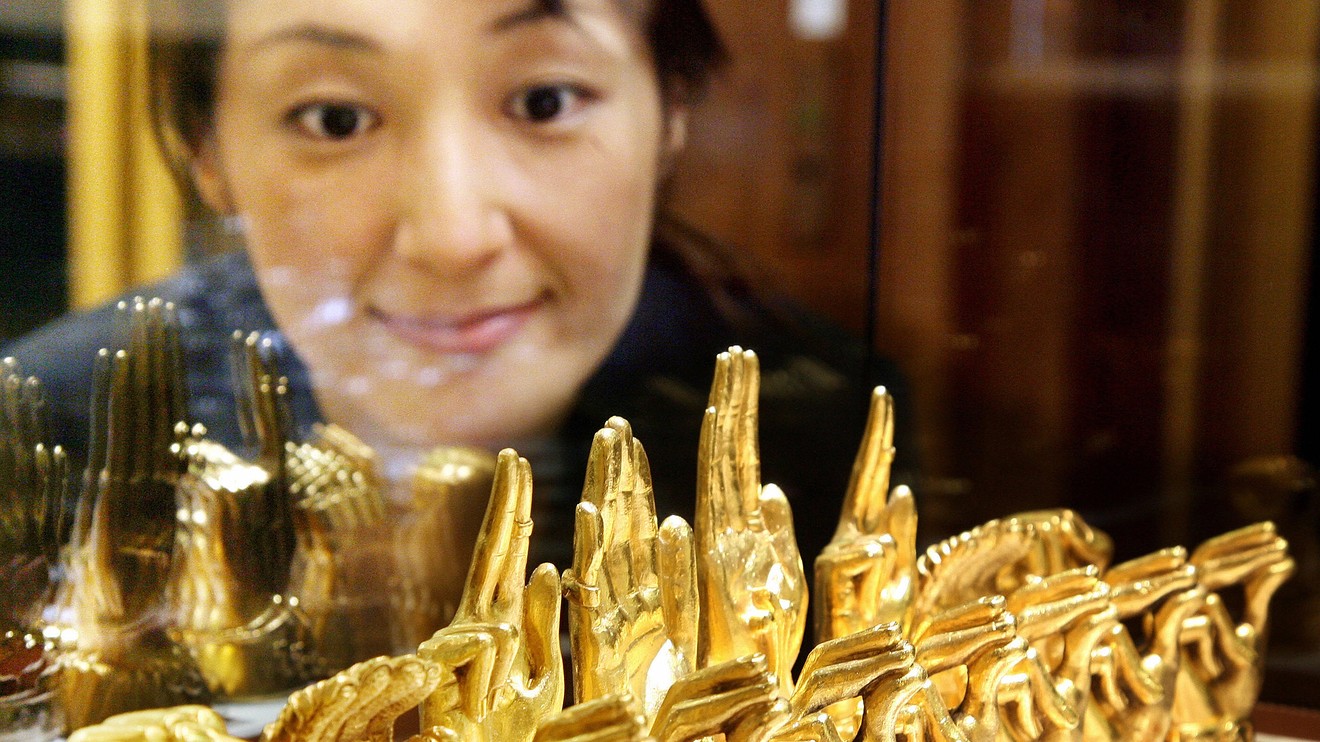 Gold futures headed lower Thursday, with the metal struggling to maintain a long-term bullish trend as traders eye prospects for a U.S.-China trade deal which may lower geopolitical risk.

Prices for the precious metal “continue to coil on a seesaw full of trade news,” said Edward Moya, senior market analyst at Oanda. “The base case seems to be we will still see a phase-one deal, even after President Donald Trump signs legislation backing Hong Kong protesters.”

Still, “higher gold prices will require weakness with the U.S. economy, specifically further deterioration with the business outlooks and softness in the labor market,” said Moya.

Week to date, prices for the most-active gold contract are trading nearly flat, while those for silver are headed for a climb of about 1%, according to FactSet data.

Gold strategists say that bullion needs to hold above a key level between $1,450 and $1,470, with a dip below representing a bearish tilt for the commodity.

“Gold is trying to force the first key level of $1,470, helped by the weakening of the US dollar. If prices ended today’s trading session above $1,470, we would have a first positive signal, while the area $1,450 remains an important support level,” wrote Carlo Alberto De Casa, chief analyst at ActivTrades, in a daily research report.

Hopes for a U.S. – China trade deal were bolstered by reports China’s chief trade negotiator Liu He has invited his U.S. counterparts for more talks, The Wall Street Journal reported.

Separately, Liu voiced optimism over a phase-one trade deal at a dinner in Beijing, Bloomberg reported though Liu also said he was “confused” about trade demands by the U.S., but believes an agreement will be reached.

Losses for U.S. stocks Wednesday and weakness for Asian equities early Thursday came in part after Reuters reported that a first-step deal will be pushed into 2020. President Donald Trump had also countered with heightened demands on China.

U.S.-China relations were also strained after both the U.S. Senate and House passed a Hong Kong human rights bill which may be signed Trump Thursday. China regards the legislation as interference in its internal politics.

Some commodity investors remain upbeat about precious metals, with gold boasting a roughly 15% year to date gain as the dollar has gained 1.7% over the same period, as measured by the ICE U.S. Dollar Index DXY, -0.08%, which gauges the buck against a half-dozen currencies. A stronger dollar, in theory, should make gold more expensive to buyers using other currencies but gold also has benefited from ultralow and negative yielding government debt, which has pushed some investors toward gold.

“While the precious metal is trying to recover the strength that boosted it in the first part of this year, the decline seen in the last few weeks can still be seen as a correction rather than an inversion, as long as prices hold above $1,450,” wrote De Casa.

On Wednesday, the minutes from the Federal Open Market Committee revealed that the central bank believes that the U.S. economy is in good shape but is being vigilant of potential headwinds from trade tensions.