Home
Stocks
Outside the Box: Why immigration is really what makes America great — again and again
Prev Article Next Article 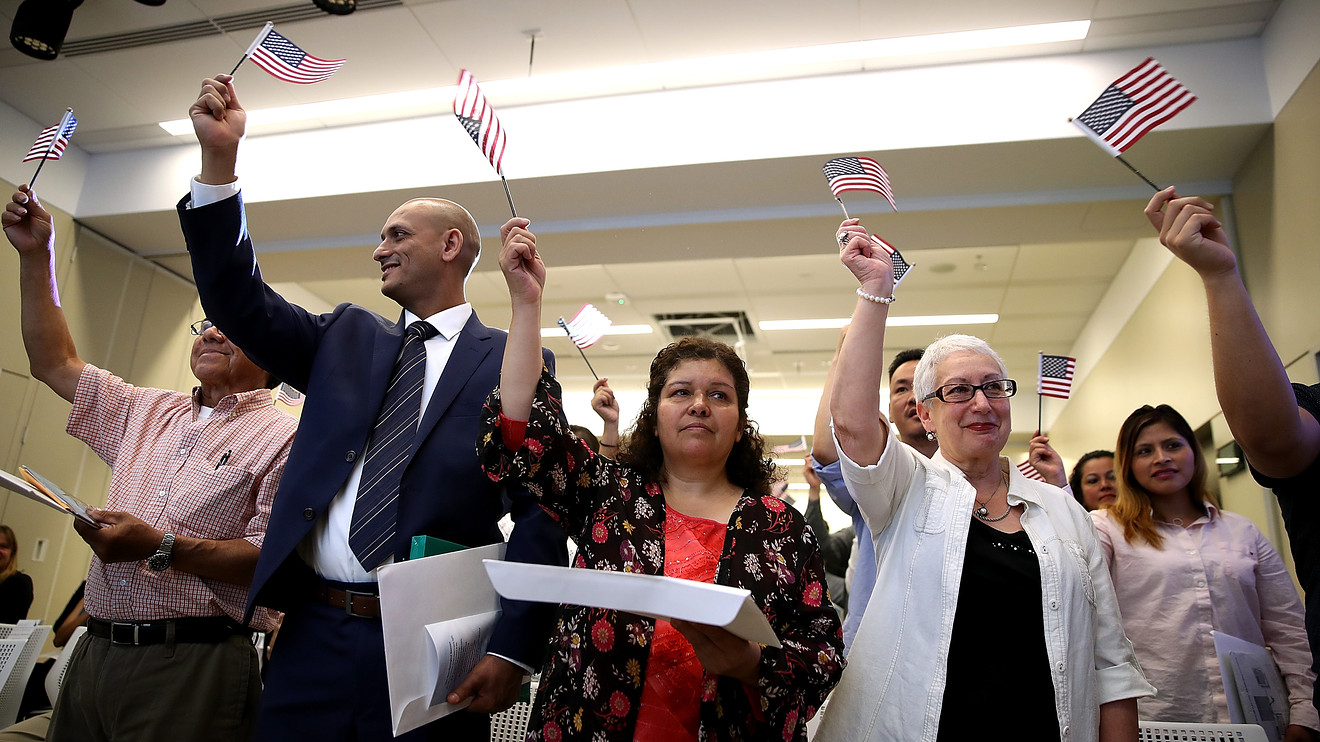 My family roots here in America go back nearly 500 years, and like other patriotic Americans, I not only take great pride in this country, I also feel a great responsibility for making sure all of our children and grand-children can continue to experience America at its best.

I remember my early school days and how inspired I was the first time I read the Declaration of Independence and learned that our country was founded on the principle that “All men are created equal, that they are endowed by their Creator with certain unalienable Rights, that among these are Life, Liberty and the pursuit of Happiness.”

Today I am struck by how it seems we are beginning to stray from that fundamental belief that, for my family, defined patriotism and explained what makes America the greatest country on earth. It is crucial for all of us to beware of anti-immigration rhetoric that flies in the face of those Declaration of Independence words. Consider the facts and economic reality that make those positions not just unpatriotic, but actually anti-American.

The low birthrate of non-Latino Americans is not keeping up with the death rate of baby boomer Americans. As a result, the growth of the U.S. labor force is in steady decline. And without a growing labor force, jobs can’t be filled and the U.S. economy can’t grow. Fortunately, America is the only major country in the world with a Latino cohort that is growing and adding 1 million working age individuals to our economy this year, and every year, for the next two- to three decades.

The only way the U.S. workforce and economy can grow is by adding more workers, and that means stimulating immigration.

In fact, more than 80% of the growth in the U.S. workforce has been because of U.S. Latinos. Imagine what shape this country would be in without them, especially given the fact that even with them we have more than 7 million unfilled jobs. The reality is that the only way the U.S. workforce and economy can grow is by adding more workers, and that means stimulating immigration.

Now, in the midst of that challenge, there’s a powerful effort to end the Deferred Action for Childhood Arrivals program, the U.S. immigration policy known as DACA, which would result in a loss of 685,000 workers from the nation’s economy over the next two years, at a rate of more than 30,000 jobs a month, and siphon $460.3 billion from U.S. GDP over the next decade. U.S. annual GDP growth is already down to a dismal 1.8% from its historical average of 3.2%, and falling. Making that decline even worse by pulling the plug on DACA is anti-America, as it puts us in an even worse economic position and threatens our global standing.

If you’re an employer who is affected by the loss of 685,000 workers in an economy that already has more job vacancies than unemployed workers, good luck trying to keep your business thriving. It is expected that the cost of ending DACA to employers in turnover costs alone will exceed $3.4 billion. The industries most affected by a loss of DACA workers include restaurants, construction, hospitals, retail, and other critical labor roles in technology, education, and design.

If you’re an American citizen depending on Social Security and Medicare, think about this. We’re two years away from experiencing the first year that Social Security expenses exceed income. Our only hope for balancing the books, especially with 345,000 baby boomers leaving the tax-paying workforce every month, is to add new workers from wherever we can attract them. Ending DACA and cutting off $90 billion of tax revenue these workers generate for the federal government alone is a move that can only be construed as anti-senior American.

For those who have bought into the notion that DACA people are a danger to our society, the only thing you have to fear is fear itself. Here’s one fact you need to be aware of: only two-tenths of one percent of DACA enrollees have been removed from the program after committing crimes or being identified as gang members.

That’s also an important part of the entire immigration picture. The incarceration rate for native-born Americans is 1.53%, compared to 0.85% for undocumented immigrants, and just 0.47% for legal immigrants.

I marvel at the insight of Alexander Hamilton back in 1787 who said, “There can be no truer principle than this — that every individual of the community at large has an equal right to the protection of government.”

What we face today is more than a question of government protection; it is without doubt an economic question. We are all accountable for not only sustaining America’s economic leadership in our lifetimes, but also for the lifetimes of the generations to follow us. They deserve to inherit an economy that is robust in creating jobs, new companies, and new opportunities. Anything we do today to harm the U.S. economy triggers long-term negative consequences for them.

We owe it to ourselves, and to future generations, to keep the DACA portion of our economy intact, and to fix our immigration processes so we can grow our workforce and sustain an economically strong future. As a patriotic American, I can’t help but remember the words of Abraham Lincoln who said, “Those who deny freedom to others deserve it not for themselves.”

While America contemplates the future of DACA and immigration, I hope we all remember what George Washington said about the American dream: “I had always hoped that this land might become a safe and agreeable asylum to the virtuous and persecuted part of mankind, to whatever nation they might belong.”

Sol Trujillo is chairman of Trujillo Group Investments. He was the first native-born Hispanic chairman and CEO of a Fortune 150 company. Trujillo also has served on corporate boards including U.S. West, PepsiCo, Orange, and Telstra.

More: Trump didn’t transform the economy — it’s mostly the same as it was under Obama