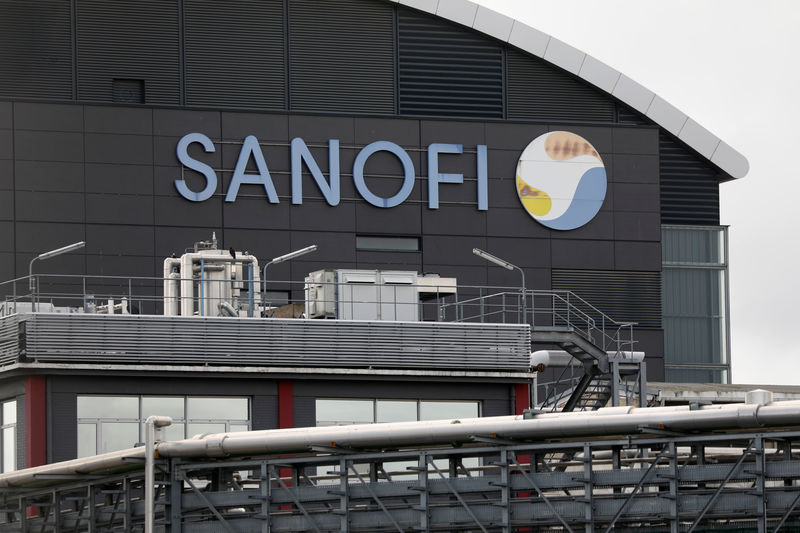 By Arno Schuetze and Matthias Blamont

FRANKFURT/PARIS (Reuters) – Sanofi (PA:) is considering a joint venture or outright sale among options for its consumer healthcare unit, sources told Reuters, as the French drugmaker prepares to present a new strategic plan next month.

An initial public offering (IPO) of the unit, which could be worth around $30 billion according to two sources familiar with the matter, is also on the cards. Sources cautioned that no final decision had been made.

Recently appointed chief executive Paul Hudson, who took the job on Sept. 1, plans to meet investors for a capital markets day in Cambridge, Massachusetts, on Dec. 10.

Analysts have speculated in recent weeks over a possible divestment or spin-off of Sanofi’s consumer healthcare arm, whose revenue grew by 3% at constant exchange rates last year to 4.7 billion euros ($5.21 billion), arguing proceeds would enable the group to invest more in internal research.

“Sanofi is looking at various options, joint venture, initial public offering, sale (…) They are talking to investments banks about options but have not taken a decision,” one of the sources said.

The source added that forming a consumer healthcare joint venture with one of its large peers would allow it to benefit from cost cuts and later reap a higher valuation in a possible IPO or sale further down the line.

Shares in Sanofi were up 1.45% at 84.08 euros at 1030 GMT, after Bloomberg earlier reported that the company was studying options for the consumer unit.

Hudson said last month he and his teams would study the performances of every Sanofi division to decide where to invest.

“Prioritization will become increasingly important going forward”, Hudson told reporters in October. “The reality in business is that some things are more important than others and we have to understand where we must win.”

Sanofi swapped its animal health unit with Boehringer Ingelheim for the German company’s consumer healthcare operations in a $20 billion deal closed in 2017.

Britain’s GlaxoSmithKline (L:), in turn, has created the market leader after agreeing to combine its consumer healthcare unit with that of U.S Pfizer (N:) last year. The joint venture will be spun off and separately listed.

Analysts at Bernstein Research said in a September note that there was significant opportunity for consolidation because the top 10 players in consumer health only have a combined 23% market share between them.

The GSK joint venture has a global market share of 3.5%, with Johnson & Johnson (N:), Bayer (DE:) and Sanofi as close competitors.