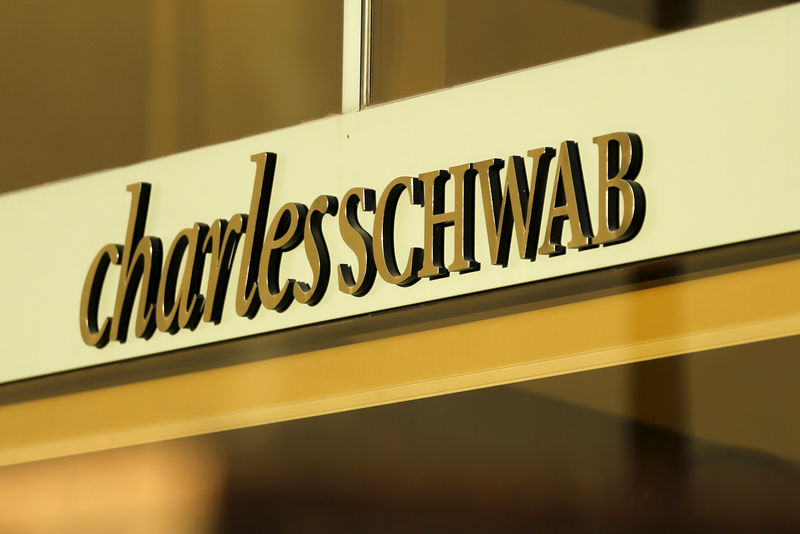 CNBC and Fox Business reported on Wednesday that the two brokerages were in talks to ink a merger that Fox said could be valued at $26 billion. The companies did not respond on Thursday to Reuters requests for comment.

Regulatory filings show the U.S. Federal Reserve has partial oversight over both firms and may need to approve the deal, depending on how it is structured. The Fed declined to comment.

The regulatory path, however, looks smooth despite potential protests from Democratic lawmakers, who worry that the creation of more financial behemoths increases systemic risks.

“We could see some policymakers question the resulting company’s growth in assets under management, but my sense is that overall interest in the deal will be low in Washington,” said Isaac Boltansky, director of policy research at Washington-based Compass Point Research & Trading.

Those deals were made possible by Congress’ move last year to ease post-crisis financial rules and by the Fed’s more relaxed attitude toward tie-ups under Trump-appointed officials.

Banking deals in particular had languished after the financial crisis as strict capital and liquidity rules were imposed on lenders with more than $50 billion in assets, making it unattractive for mid-size firms to acquire more assets. Regulators had also aggressively enforced rules that allow them to bar firms with compliance issues from expanding.

The number of U.S. bank deals fell in each of the four years to 2018, dropping 23 percent between 2014 and 2017, according to Reuters, even while overall M&A activity was rising each year.

Over the past few years, the Fed has expedited approvals for high-profile deals that tend to attract public and industry scrutiny. The approval period fell from an average of 297 days in 2015 to 135 during the first half of 2019, Fed data shows.

The central bank has also taken a more flexible approach on compliance issues, according to Fed officials and lawyers.

In the case of BB&T & SunTrust, for example, the Fed approved the deal in just nine months despite discovering some unfair and deceptive practices in SunTrust’s business customer division. By contrast, it took M&T Bank (N:) more than three years to complete its 2015 tie-up with Hudson City Bancorp after the Fed found problems with M&T’s compliance systems.

Securities lawyers said it was also unlikely the U.S. Securities and Exchange Commission, which oversees brokers and has also been easing rules under Trump officials, would stand in the way of an Schwab-TD Ameritrade deal, although it might scrutinize the types of fees and services the new company provides.

“There is always going to be scrutiny, but I think we’re going to see folks say, ‘OK, let’s do it’,” said Alois Pirker, director of research for wealth management at Aite Group.

The SEC did not respond to a request for comment.