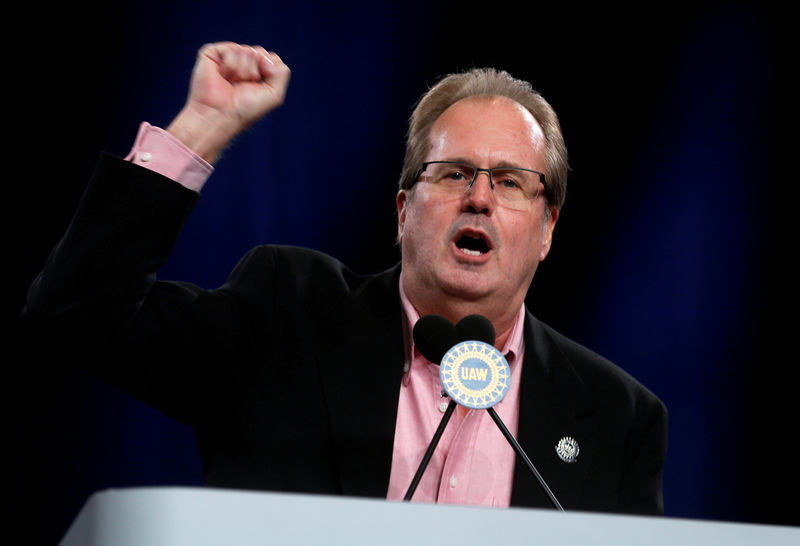 (Reuters) – The United Auto Workers union international executive board will meet to name a new president, the union said on Thursday, a day after the previous president resigned following 17 months in office, but union officials said a date for the meeting had not been set.

The UAW confirmed that Gary Jones had resigned on Wednesday, as the union moved to remove him office and as U.S. prosecutors were widening a criminal investigation into illegal payoffs that so far has seen 10 people plead guilty.

Jones’ lawyer Bruce Maffeo told Reuters in a statement Thursday that Jones believed “that his continuing to serve will only distract the union from its core mission to improve the lives of its members and their families.”

Separately, a union spokesman confirmed that acting UAW president Rory Gamble has named another union official, Jimmie Williams (NYSE:), as his new chief of staff after Jones’ previous chief of staff was assigned to new duties in the president’s office.

The union constitution calls for its international executive board to meet and vote on a new president. A UAW spokesman said a date has not yet been set for the meeting.

Earlier on Wednesday the union filed charges under its bylaws against Jones, who had taken a paid leave of absence in early November, accusing him of “false, misleading and inaccurate expense records.”

In late October, another UAW official was charged with embezzling hundreds of thousands of dollars in an alleged scheme that a person familiar with the case told Reuters involved Jones.

In documents released Thursday, the UAW leadership said “Jones has demonstrated he should be removed from office and expelled from membership.”

The union also filed similar charges against UAW board member Vance Pearson, who was charged in September with conspiring to embezzle union funds.

An attorney for Pearson, N. Scott Rosenblum, did not comment. The union charges against Pearson are still pending.