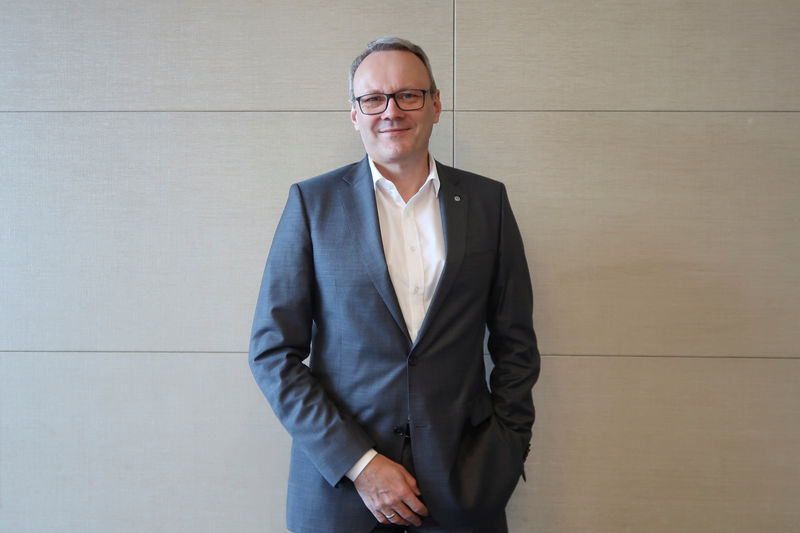 By Yilei Sun and Brenda Goh

Hit by a slowing economy, the U.S.-China trade war and chaotic implementation of new emission rules, China’s vehicle sales are expected to slide some 8% this year after a 2.8% fall last year to 28.1 million – the first decline since the 1990s.

“China might grow at a relatively low pace until around 2023 and 2024, until we come back to the level of 2017. Then we would also see a continuation of growth,” he added.

Volkswagen has been one of the strongest performing automakers in China this year, having launched eight locally produced SUVs since the last quarter of 2018.

Its China vehicle sales jumped 6.7% in October. They are down 1.8% for the year to date but that is far better than a 12% decline in industry-wide China passenger car sales over the same period.

The automaker has made China a key battleground as it pushes ahead with electrification, pouring in billions of dollars in product development.

It expects to sell around 500,000 new energy vehicles per year in China by 2023, many of which will be part of it new ID. family of battery electric cars.

Two years ago, it unveiled a plan to sell 1.5 million new-energy vehicles, which also include plug-in hybrid cars, per year in China by 2025.

To that end, it has built a new $2.5 billion electric vehicle plant with partner SAIC Motor (SS:) that will have annual output capacity of 300,000 cars and which started trial production this month. It is also revamping manufacturing facilities in Foshan with partner FAW Group [SASACJ.UL] to build electric cars.

VW plans to invest over 4 billion euro in China next year, in line with spending this year.

As China rolls back EV subsidies, Woellenstein said the government needed to encourage the sector in other ways, such as not restricting EV purchases in crowded mega cities and offering EV owners in big cities more driving days than those permitted for gasoline cars.