Home
Stocks
A climate-change fix is the ‘biggest investment opportunity in history’: Al Gore to millennials
Prev Article Next Article 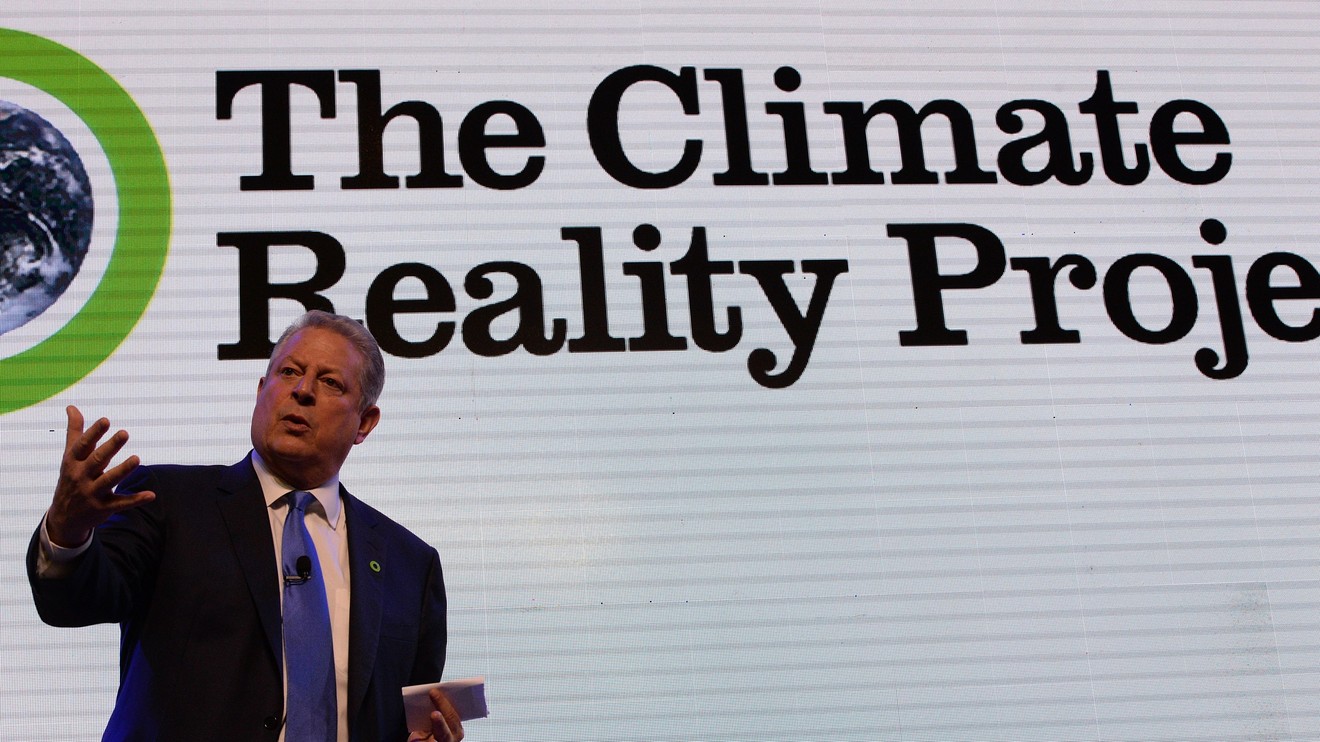 Combating climate change may be “a life or death struggle” for aging millennials in particular, but such peril is not without an upside, according to former U.S. vice president and Nobel Prize-winning environmentalist Al Gore.

The millennials targeted at a recent conference for Deutsche Bank Wealth Management, now well into their careers and building robust stock portfolios SPX, +0.22%  , should see the climate-change fix as “the single biggest investment opportunity in history,” Gore told the event in San Francisco.

“The sustainability revolution has the magnitude of the agricultural and industrial revolutions but the speed of the digital revolution,” Gore said. “This is the battle of your lifetimes, but we can turn the corner in the next 10 to 15 years and the assets you control can make a huge difference.”

However, investors that solely pursue short-term shareholder returns at the expense of wider environmental and social costs, depletion of natural resources and inequalities of incomes and wealth risk being left behind, he said. Unsustainable companies are in danger of losing their licence to operate or are part of a “subprime carbon bubble” with inflated valuations based on outmoded fossil-fuel assets, said Gore, who is the co-founder and chairman of Generation Investment Management and the founder and chairman of The Climate Reality Project.

A framework from data experts at The Economist Intelligence Unit has projected that the global economy will be at least 3% smaller by 2050 owed solely to the effects of unchecked climate change, including severe weather and rising sea levels. Its findings track with select other climate-linked economic warnings sounded recently, including in the long view from central bankers.

‘The sustainability revolution has the magnitude of the agricultural and industrial revolutions but the speed of the digital revolution.’

Christiana Riley, CEO of Deutsche Bank in the Americas, said at the event that “environmental, social and governance (ESG) analysis, guidance and investments are rapidly becoming not just an important component of what we offer our clients, they’re the essential foundation.”

Although European based investment banks have generally taken climate initiatives more seriously than their counterparts around the globe, they are not acting exclusively. In July, Goldman Sachs GS, +0.94%   formed a Sustainable Finance Group, a project that CEO David Solomon in a letter called a “significant, long-term” priority that is increasingly a “strategic growth opportunity and competitive necessity for our firm and our clients.”

JPMorgan JPM, +0.66%   agreed that this year was a critical one for investors when it comes to ESG, as it released an investing note in May, titled “Climate changes everything.”

“2018, 2019 will be remembered as watershed years for climate change awareness,” the note said. “Weather- and environment-related events have convinced the public and policymakers that global warming is not a risk, but a reality.”

The group released a corporate climate-change report card in October. Of the 161 global companies in the voluntary program, from Big Oil to giant food conglomerates, about 70% have set long-term emissions reduction targets. But just 9% have targets that are in line with or go beyond the minimum goal of the Paris Agreement to keep the rise in global temperature to below 2 degrees Celsius. The target companies are responsible for more than two-thirds of global industrial greenhouse gas emissions and have a combined market capitalization in excess of $8 trillion.

Gore told the audience that advances in the productivity and cost-effectiveness of technologies such as solar power are already threatening to render obsolete fuel sources such as coal, particularly in developing countries that can leapfrog nations with existing fossil-fuel infrastructures. The key is rapid adoption.

Heliogen, a clean energy company supported by Bill Gates and Patrick Soon-Shiong, this week claimed it has achieved a breakthrough in concentrated solar energy that could replace the fossil fuels used in heavy-emissions processes such as making cement, steel, glass and petrochemicals.

“We have to avoid unrealistic technological optimism,” Gore told the Deutsche event. “There’s a temptation to believe that the innovation fairy will come in and wave her wand. We have to take what we already know is going to work and move ahead aggressively with it.”