Home
Stocks
Called to Account: SEC may be set to crack down on companies that adjust revenue
Prev Article Next Article 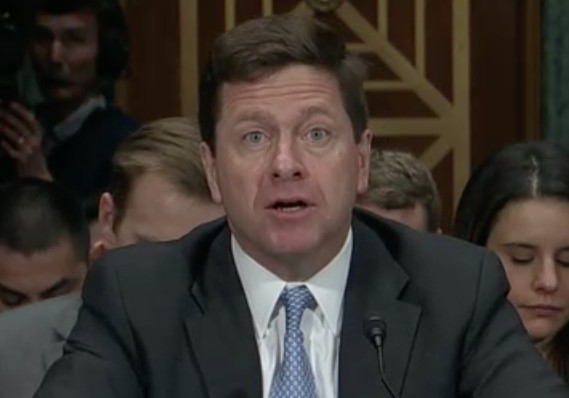 The Securities and Exchange Commission may be closer to cracking down on companies that adjust their revenue, according to a MarketWatch analysis of comment letters sent by the regulator in the last two years.

It’s a development, if one still slowly taking shape, that could go a long way toward clearing up earnings reporting confusion for investors.

But factors persist that may stand in the way of complete elimination of revenue adjustments. The MarketWatch analysis shows that the SEC has taken an inconsistent approach as it addresses individual company revenue reporting tendencies. It also remains unclear whether there is political will at the agency to crack down further on company earnings compliance as part of a Trump-administration push toward lighter regulation.

MarketWatch analyzed comment letters issued by the SEC in 2018 and 2019 that had revenue-related non-GAAP keywords and found companies were often being advised on how to handle new revenue-recognition rules, that came into effect in January of 2018. But some were being advised on their accounting related to adjusted revenue and, in particular, “acquisition-related” adjustments for deferred revenue that had been written off under Generally Accepted Accounting Principles, or GAAP, the U.S. accounting standard.

As first reported by MarketWatch in November of 2017, companies are adding back millions in this written-off deferred revenue, or “ghost revenue,” when reporting adjusted revenue and when calculating executive bonuses.

Still, there are clear examples that the SEC’s interaction by comment letter has led to changes in reporting on revenue adjustments.

For instance, the SEC questioned software company Ribbon Communications RBBN, +7.06% in a letter in April of this year about its “acquisition-related revenue” adjustment.

“Considering your deferred revenue was adjusted to fair value at the time of acquisition pursuant to GAAP, please tell us how you considered whether your various non-GAAP measures that include this adjustment are substituting an individually tailored recognition and measurement method for a GAAP measure,” the letter said.

The SEC forbids “individually tailored recognition and measurement” methods because they substitute the company’s own interpretation of accounting standards for GAAP.

Ribbon Communications agreed in a response to the SEC in June to remove the metric from future filings.

Also in April, the SEC took exception to a related adjustment to revenue by BlackRock, Inc. BLK, +0.18%, the world’s biggest asset manager. BlackRock was using a non-GAAP adjustment to deduct distribution and servicing costs before arriving at an adjusted revenue metric that it then used to calculate an adjusted operating margin.

“Based on the information provided, we believe your adjustment for distribution and servicing costs in the computation of “revenue used for operating margin measurement” substitutes an individually tailored recognition and measurement method for those of GAAP, which could violate Rule 100(b) of Regulation G,” the SEC wrote.

The SEC told the company not to disclose the metric in future filings.

On Nov. 6, Square announced in an SEC filing that it was making a change to its accounting after receiving a comment letter. The company said it would no longer report an adjusted revenue number.

Square said it had been using the metric to adjust gross revenue to net by subtracting transaction-based costs and bitcoin costs. But the company also was adding back deferred revenue that had been permanently written off after an acquisition, the same “ghost revenue” reported on by MarketWatch.

The letter to Square from the SEC is not yet publicly available on the regulator’s site and Square declined to provide a copy before it’s made public. That means it is not yet completely clear which adjustments to revenue Square was making that the SEC disallowed.

See also: Square is dropping an accounting metric after the SEC said it’s not allowed

Yet another company, Black Knight, Inc., BKI, +0.54% had an interaction with the SEC that shows agency inconsistency.

Black Knight was questioned about its use of a non-GAAP financial measure called “Adjusted Net Earnings.” The measure eliminated net incremental depreciation and amortization expenses associated with its application of GAAP accounting after acquisitions. The reviewer asked the company to explain how adjusting net earnings for these items does not represent the use of a forbidden individually tailored recognition and measurement method.

The company’s definition of “Adjusted Net Earnings as Net earnings” also includes a deferred revenue purchase accounting adjustment, just like Ribbon, Square, BlackBerry and others. Yet the SEC closed the inquiry without asking the company to stop using that adjustment.

BlackBerry’s CFO Steve Rai told MarketWatch in an interview that the cybersecurity company has been reporting adjusted revenue for a while and finds it useful and helpful in managing the business.

“We think what we use internally should also be communicated externally,” he said, saying the company has not received any comments from the SEC on its use of non-GAAP metrics.

Rai said that the purchase accounting rules force the company to “look at things in a fair value way and not a historical way. On a GAAP basis, we have to take a big haircut and then show lower revenue.”

An SEC spokesman said that the regulator “respectfully declines comment” on BlackBerry’s reporting.

The SEC issued non-GAAP reporting guidelines in May 2016 in an attempt to slow the proliferation of non-GAAP numbers and rein in the worst offenders. The regulator then issued a slew of letters in the next year to get most companies on track with the new guidance.