Home
Stocks
Capitol Report: Here are some of the business tax credits Congress could approve by year’s end
Prev Article Next Article 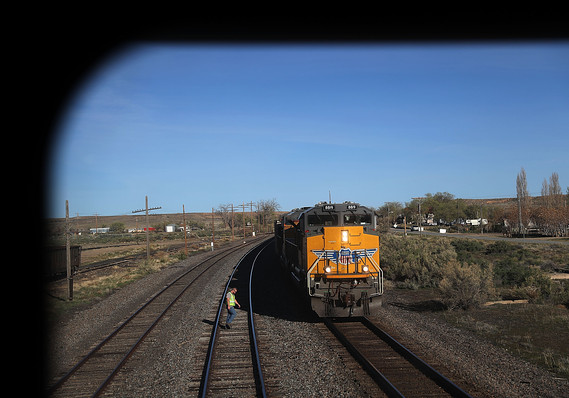 A railway-tax credit is one of the provisions that could be passed as Congress eyes end-of-the-year legislation.

Tax credits benefitting renewable energy, railroads and other industries could get a new lease on life as lawmakers eye end-of-the-year legislation including a massive spending package they’re racing to finish before another government shutdown.

President Donald Trump’s signature on a stopgap bill Thursday has bought congressional negotiators until Dec. 20 to hammer out a broad spending deal. Some of the tax credits lawmakers are likely to consider in the final weeks of the year include those helping subsidize solar and wind energy production, renewable energy storage and track maintenance for short-line railroads.

The rail tax credit, commonly referred to as 45G, has been renewed five times but expired in 2017. It has “allowed short lines to privately invest over $4 billion since its inception,” according to the American Short Line and Regional Railroad Association.

“That is very likely to get passed and historically has been passed,” said James Lucier, a managing director at Capital Alpha Partners. The credit has attracted a lot of bipartisan support, said Lucier, because it benefits 48 states.

Energy credits could also make it into a year-end deal, says Robert Cowin, director of government affairs at the Union of Concerned Scientists.

House Democrats earlier this week proposed extending a number of expiring energy provisions, and added a handful of new ones in a bill dubbed the Growing Renewable Energy and Efficiency Now (GREEN) Act.

An investment tax credit currently in place allows deducting 30% of the cost of installing solar panels from federal taxes. That’s set to decrease to 26% on Jan. 1 and continue to level off to 10% for utility and commercial projects and expire for residential ones.

The GREEN Act calls for an extension of the credit through 2026 and an expansion to include energy storage technology. Also, the bill would keep a 60% deduction for onshore wind projects — set to expire this year — in place for five years.

“There’s a lot of bipartisan support for the energy storage and wind production tax credit mainly because they don’t cost a lot and are very easy to go along with,” Cowin told MarketWatch.

Neither Cowin nor Kelly Speakes-Backman, chief executive officer of the Energy Storage Association, expect the GREEN Act to pass in its entirety before Congress retreats for the holidays.

“I think there is an opportunity to take limited things from the GREEN Act into consideration,” Speakes-Backman told MarketWatch. “The more the ITC is included in different bills means it’s a priority in the Senate and the House,” she added.

Grassley called the meeting “very productive,” and said he’d signal Senate negotiators to “embolden them to be more aggressive and to reach an agreement,” according to a Roll Call report.