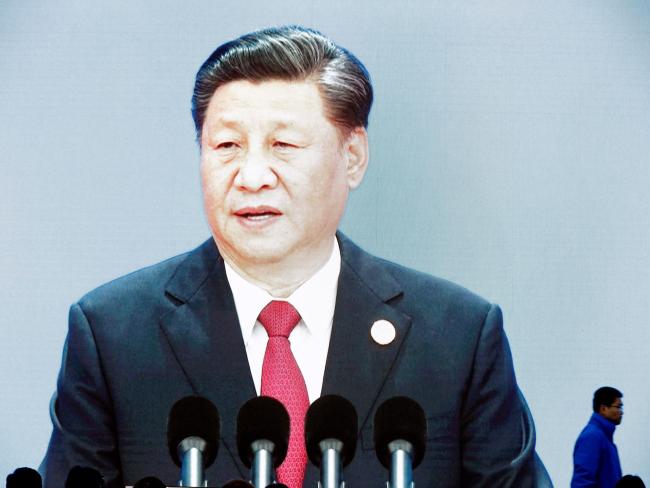 (Bloomberg) — Chinese President Xi Jinping said his nation wants to work toward a phase one trade agreement with the U.S. on the “basis of mutual respect and equality,“ his first comments on a partial deal that he could potentially sign with President Donald Trump.

“We didn’t initiate this trade war and this isn’t something we want,“ Xi reiterated in a Friday meeting with prominent international visitors to Beijing including former U.S. Secretary of State Henry Kissinger. “When necessary, we will fight back, but we have been working actively to try not to have a trade war.”

Just a few days ago, U.S. President Donald Trump said China wasn’t “stepping up to the level that I want” in the negotiations amid doubts about whether the two sides can hammer out a written agreement. On Wednesday, China’s chief trade negotiator, Liu He, indicated he was “cautiously optimistic” about reaching the first phase of a deal.

Liu made the comments in a speech in Beijing on Wednesday ahead of the Bloomberg New Economy Forum, which is being organized by Bloomberg Media Group, a division of Bloomberg LP, the parent company of Bloomberg News. Some of the foreigners who met with Xi on Friday were also in Beijing to attend the forum.

Since Trump announced the phase one deal a month ago, markets have been whipsawed by comments from both sides, first indicating progress, and then the opposite.

The latest potential hurdle came after Liu made his dinner-time comments, when the U.S. House voted 417-1 for legislation supporting Hong Kong protesters that has already been unanimously approved by the Senate. It could go to Trump as soon as Thursday and he plans to sign the bill, a person familiar with the matter said.

Xi on Friday also shed some more light on China’s plans to open up its financial markets. He said the reforms set in motion will not stop, but that the nation needs to be careful and will also ensure its “financial sovereignty.”

“We are working to realize the Chinese dream of renewal of our nation,” he said. “It’s not a dream about hegemony, it’s not about replacing others. We are just trying to restore our place and role in the world rather than reliving the humiliating days of the semi-colonial and semi-feudal era.”

China has this year sped up the opening of its $40 trillion financial market, and will next year give the go-ahead for foreign securities firms to take full ownership of joint ventures they have in the country. Officials in Beijing are seeking to attract foreign investments to support economic growth, which in part has been hurt by a crackdown on lending at their local banks after years of rapid growth.

Top executives from banking firms such as Goldman Sachs Group Inc (NYSE:). were also in Beijing attending the forum, flagging they were preparing major investments and expansions in the country to capture an estimated $9 billion in annual profits.

“Where reform conflicts with state economic authority, the Xi Administration will continue to support the statist position,” he said. “This policy, which could effectively restrict larger systemic reform, also seems to be a major factor in the ongoing repatriation of China’s offshore listed giants like Alibaba (NYSE:).”