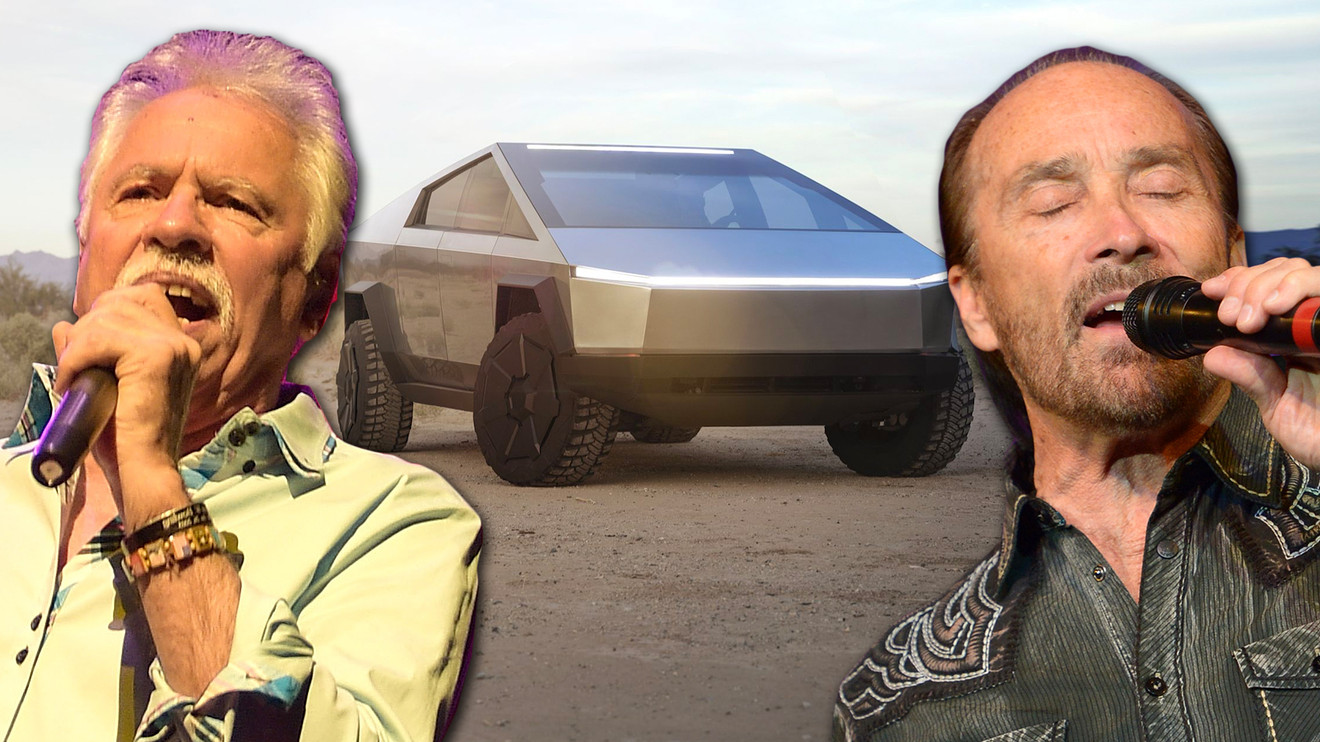 Country music artist Lee Greenwood has hits like “Dixie Road” and “Mornin’ Ride” — but they sure wouldn’t have happened in a ride like Tesla’s new Cybertruck.

Speaking a day after Tesla CEO Elon Musk revealed the electric-powered truck with a $39,900 starting price, the Grammy winner was skeptical the vehicle would become a mass market mainstay or find its way into country music lyrics.

“Every redneck in Texas will have a Ford, Chevy or Dodge FCAU, -0.40% FCA, -0.57%  with cow balls hanging off the trailer hitch. I don’t know if this fits into their hauling fertilizer around and carrying stuff,” Greenwood told MarketWatch.

In any event, the truck won’t be getting free advertising from Greenwood song lyrics, that is, except for one ditty he came up with while talking to MarketWatch.

“This truck/Doesn’t look like a truck/I don’t think it’s a truck for me,” crooned Greenwood, whose songs also include “God Bless the U.S.A.”

But Joe Bonsall of the Oak Ridge Boys — a self-proclaimed “pickup truck guy” with his Ford F, +2.01%   F-150 — wouldn’t rule out a Tesla truck shout-out in one of the band’s future songs.

“How cool would it be to have one of these cybertrucks in the video?” he laughed. The singer once had a DeLorean and could see the resemblance to Musk’s latest creation.

Country music is teeming with references to pickup trucks, and even entire songs devoted to the vehicle. There’s Luke Bryan’s “We Rode in Trucks,” Tim McGraw’s “Truck Yeah” and Blake Shelton’s “Boys Round Here,” to name a few.

But country songs tend to dig into heartbreak — not broken windows. At the cybertruck’s reveal, a Tesla employee lobbed a steel ball to show off the truck’s “armor glass” but cracked the window. (The truck did withstand a sledgehammer to the side, though.)

At least one guy on Twitter TWTR, +1.09%   had his doubts the cybertruck is the right fit for one of America’s most popular musical styles.

More than 139 million Americans — around 42% of the nation’s population — listen to country music, according to Country Music Association, a trade association for the genre.

That’s the same stretch of the country where truck buying is at its strongest, according to research last year from Cox Automotive, the company that owns businesses like Kelley Blue Book and Autotrader.com.

The Tesla truck’s angular aesthetics are “polarizing, but the performance and pricing specs are undeniable,” Karl Brauer, the executive publisher of Kelley Blue Book and Autotrader, said in a statement. It’s an open question who — beyond the Tesla fans already out there — would go for the Cybertruck, he said.

“I suspect current pickup truck buyers will find its exterior design and electric drivetrain too far of a leap for most of them to make,” said Brauer. But if early adopters went wild for the ride “the Cybertruck could cross into traditional truck markets, and that’s a massive segment if Tesla can tap into it.”

Greenwood’s not holding his breath. He said the Cybertruck reminded him a bit of the post-apocalyptic vehicles in the 1985 scifi flick “Mad Max Beyond Thunderdome.” He doesn’t drive a truck now, but he has fond memories of “Orange Crush,” the orange and white Chevrolet GM, +2.08%   half-ton pickup he brought to Nashville in 1979.

Greenwood spent his childhood on farmland outside of Sacramento, Calif., surrounded by pickup trucks and heavy duty farm machinery. “I have no idea what we would’ve done with that vehicle, except drive it to church,” he said.

Bonsall would consider buying the truck if he loved it during a test drive, he told MarketWatch.

“If electric cars and electric trucks are the future, that thing is pretty doggone cool,” said Bonsall.

A Tesla representative could not be immediately reached for comment.

If readers want to follow Greenwood’s lead and come up with their own ‘Cybertruck’ country music lyrics, leave your lyrics in the comments section and we’ll feature our best ones online.