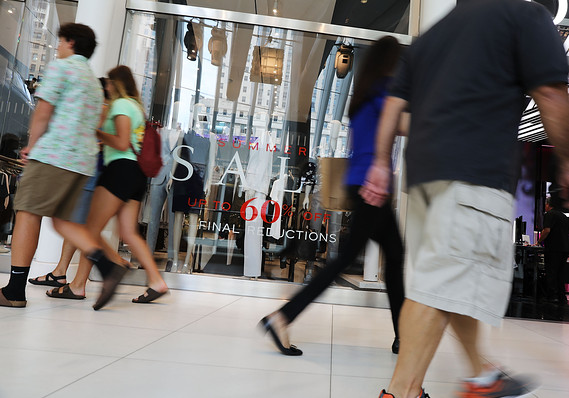 People walk through the Oculus transportation hub and shopping mall in lower Manhattan.

The numbers: The final reading of the University of Michigan’s U.S. consumer-sentiment index in November was 96.8, above the October level of 95.5. The preliminary reading was 95.7.

Economists surveyed by MarketWatch had forecast an unchanged reading of 95.7.

What happened: According to the UMich report, a gauge of consumers’ views on current conditions fell to 111.6 in November from 113.2 in October, while a barometer of their expectations rose to 87.3 from 84.2.

Big picture: Many economists and Federal Reserve officials think the U.S. economy can avoid a recession because of the strong consumer sector. The holiday shopping season will be a good test for this thesis.

What UMich said about the data: There was a sharp partisan divide in economic expectations among consumers. One side anticipates a recession, while the other expects an uninterrupted expansion. Most consumers don’t expect continued declines in inflation, unemployment and interest rates, but few consumers see sizable increases in these economic factors anytime soon.