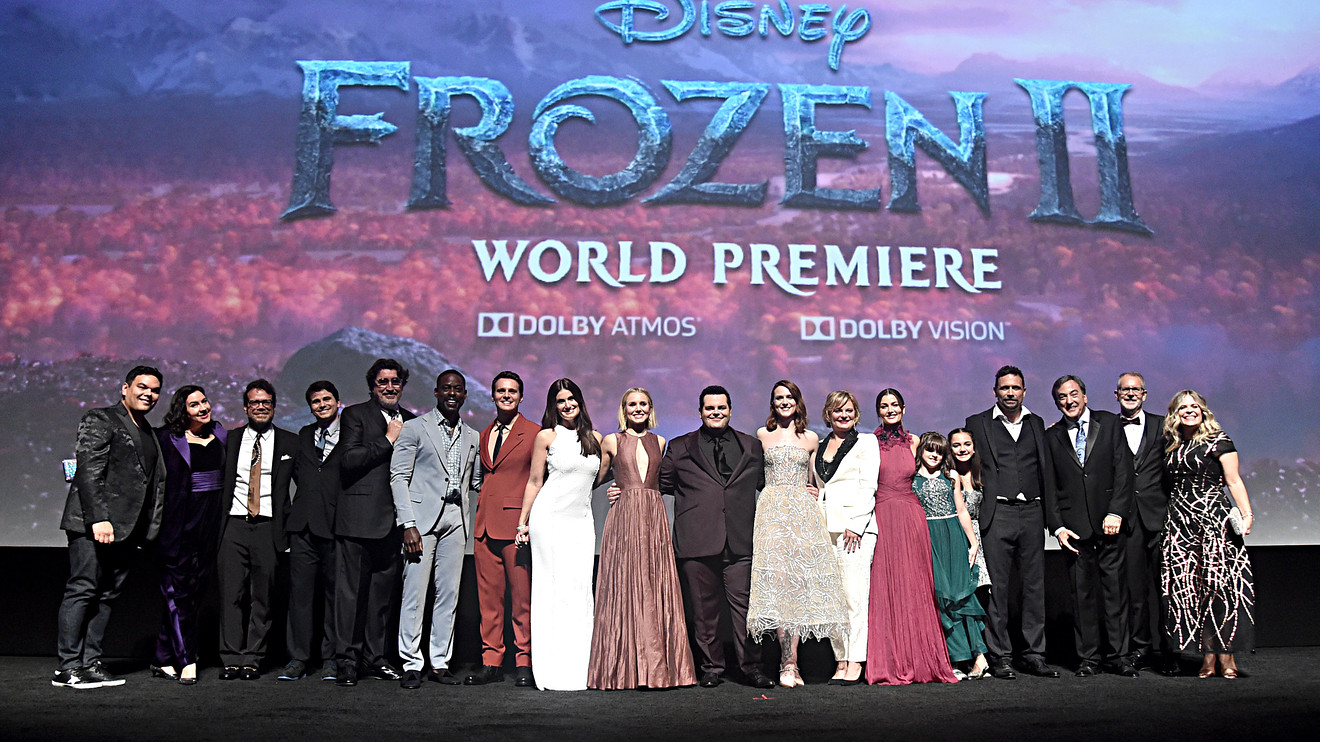 A two-week box-office cold snap in which the top 10 movies failed to generate a combined $100 million over the weekend is about to give way to a thaw with “Frozen II.”

It is expected to be the first animated film to top $100 million over a November weekend, and perhaps help reverse what has been a down year for the industry.

Box Office Mojo expects the sequel to the 2013 megahit that hauled in $1.27 billion worldwide to take in a record $120 million in receipts this weekend, although industry estimates range from $105 million to $115 million. “Frozen II” hauled in $8.5 million in Thursday night previews. (The largest animated opening in November was in 2004, when “The Incredibles” raked in $70.4 million. “Frozen” came close to breaking the $100 million barrier in November 2013, at $93 million, but that was over five days and before it slowly snowballed into a blockbuster.)

“[W]hile no animated film has opened over $100 million outside the summer corridor, we fully expect ‘Frozen II’ to be the exception,” Box Office Mojo says. “No matter how well it does this weekend, should audiences take to it as critics have — 78% on Rotten Tomatoes and 65 on Metacritic — it should continue its success well throughout the holiday season.”

“Frozen II” could “power a huge Thanksgiving week” for the film industry, Comscore analyst Paul Dergarabedian told MarketWatch in a phone interview. More importantly, it could jump start a sluggish box office that is down 6.7% this year, he said.

“In our view, this film, along with ‘Jumanji: The Next Level’ and ‘Star Wars: The Rise of Skywalker,’ should provide the key catalysts to vault the quarter into positive territory,” MKM analyst Eric Handler said in a research note Friday. The bottom line, he said, is that this weekend’s 10 best-performing movies should generate revenue of $176 million, down roughly 14% on a year-over-year basis.

Another strong contender, Sony Corp.’s SNE, -0.52% “A Beautiful Day in the Neighborhood,” is sure to be a critic’s choice. The biopic of Fred Rogersstars two-time Oscar winner Tom Hanks and boasts a sterling 96% rating on Rotten Tomatoes.

Box Office Mojo is “looking for a $17+ million performance and won’t be surprised if it outperforms that total and plays well into the holiday season.”

Also coming this weekend is STX Entertainment’s action thriller “21 Bridges,” in which an embattled NYPD detective (Chadwick Boseman) joins a citywide manhunt for two young cop killers. It is expected to bring in $9.7 million, significantly less than the $13 million to $15 million that the upstart studio’s previous three similar films — “Mile 22,” “Den of Thieves” and “The Foreigner” — brought in.

This bounce-back at the box office is crucial to the movie-theater business. In a note Friday, B. Riley FBR analyst Eric Wold downgraded Cinemark Holdings Inc. CNK, -0.96% to neutral from buy and sliced its price target to $37 from $46.50 out of concern for a decline in box-office revenue. He also reduced price targets for AMC Entertainment Holdings Inc. AMC, +0.13% and IMAX Corp. IMAX, -0.98%  , though he maintained buy ratings on both stocks.