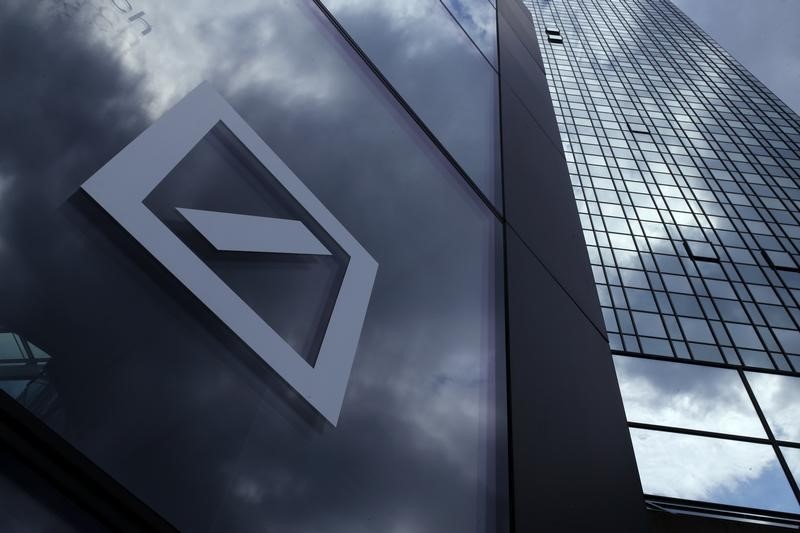 (Bloomberg) — Christian Sewing’s efforts to scale back Deutsche Bank AG (DE:) are paying off, with authorities saying the lender is less of a risk to the financial system after the German lender announced plans to cut back its trading business.

The German bank moved down a notch in the Financial Stability Board’s ranking of risk, meaning it will probably face a lower requirement for the so-called leverage ratio, a list published on Friday showed. JPMorgan Chase & Co (NYSE:)remained on the list as the world’s most systemically important bank while Toronto Dominion Bank (TSX:) was added to the list at the lowest level.

Sewing, Deutsche Bank’s chief executive officer, is rolling back years of breakneck expansion when it sought to go head to head with U.S. investment banks. In July he unveiled the most sweeping restructuring plan in decades, including cutting a fifth of the workforce through 2022 and exiting equities trading. The bank is also shrinking the fixed-income business, long one of its major areas of strength.

Deutsche Bank, which had flagged the potential change this year, acknowledged the new ranking in a statement. The change probably won’t affect its risk-based capital requirements because German regulator BaFin has its own measure. The FSB assessment suggests that the leverage ratio, a measure of bank’s balance sheet that doesn’t take account of its risk, will be 3.75% of 4% when the requirements take effect in 2022. The bank targets a level of about 5% by the end of that year.

The FSB’s decision to move Deutsche Bank to Bucket 2 of Global-Systemically Important Banks from Bucket 3 is a modest credit-positive. The decision confirms DB’s reduced size and complexity.

That means the change may not not make Sewing’s overhaul much easier. He plans to use some of the bank’s risk-based capital to shoulder restructuring charges. Still, it may be viewed as an acknowledgement of Deutsche Bank’s efforts to become simpler and improve relations with regulators.

The rankings reflect an international consensus about the relative risk posed by the world’s biggest lenders. Banks included in the group face more stringent capital demands, requirements that they have more capacity to absorb losses in a crisis and more stringent supervisory expectations about risk management. The actual capital requirements are set by supervisors in a bank’s jurisdiction.

The FSB includes the representatives from authorities, including the European Central Bank and Bank of England, and is chaired by Randal Quarles, a vice chairman of the U.S. Federal Reserve.