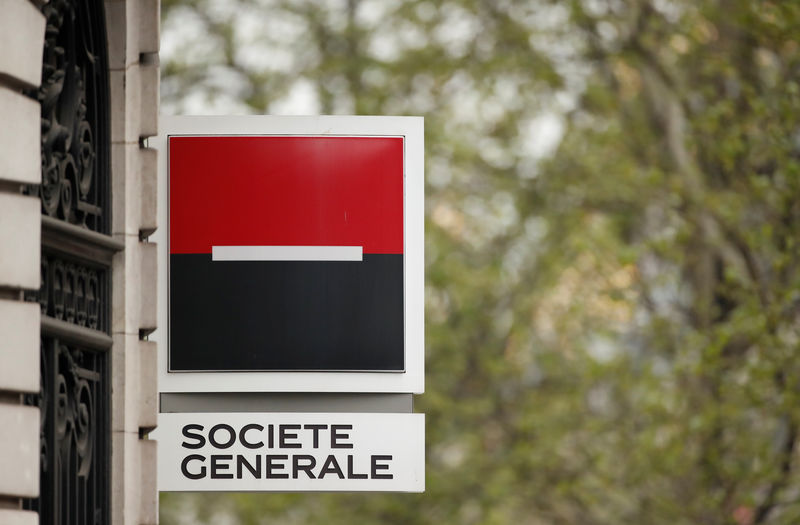 By Roslan Khasawneh and Maya Nikolaeva

SINGAPORE/PARIS (Reuters) – Societe Generale’s regional heads of trade and commodities finance for Asia Pacific have left the Paris-based bank, raising concerns among Singapore-based shipping fuel traders that it may wind back financing services to the sector.

France’s third-biggest listed lender said this year it would shrink or exit some businesses to cut costs at its investment banking unit, and has been hit by losses from trade financing in the Singapore bunker fuel market.

Societe Generale (PA:), or SocGen, confirmed on Thursday that Damien de Rosny and Timothy Siow had left the bank, without providing further details.

De Rosny declined to comment when contacted by Reuters, citing a confidentiality agreement. Siow could not be reached for comment.

The bank, however, said it remained active in natural resources financing, one of its core areas of expertise.

“Societe Generale remains committed to trade commodities finance at the global level and in Asia,” the bank said in an email to Reuters.

The bank’s reshuffle had sparked concern it could scale back, or even wind down, its financing services to Singapore’s shipping fuel sector, five trade sources said.

Commodities trading relies heavily on credit lines provided by banks and Societe General has been a significant player in the sector, said the sources, who declined to be identified, citing company policy.

“Banks are certainly a lot more vigilant in the marine fuels sector at this time, and are asking themselves more questions as to the support they should be providing in light of a number of hits different banks have taken,” said a risk management executive at a Singapore oil trader.

Of IPP’s more than $168.5 million in outstanding liabilities, more than $96 million was in trade financing from SocGen, court documents reviewed by Reuters showed. The bank did not confirm the losses.

In 2017, SocGen also incurred losses after one of Singapore’s largest ship fuel traders, Universal Energy, was stripped of its operating license due to operational malpractice. (reut.rs/2Xy8XnI)

Singapore is the world’s largest bunkering hub, supplying nearly 50 million tonnes of marine fuels in 2018, worth over $20 billion in revenues.