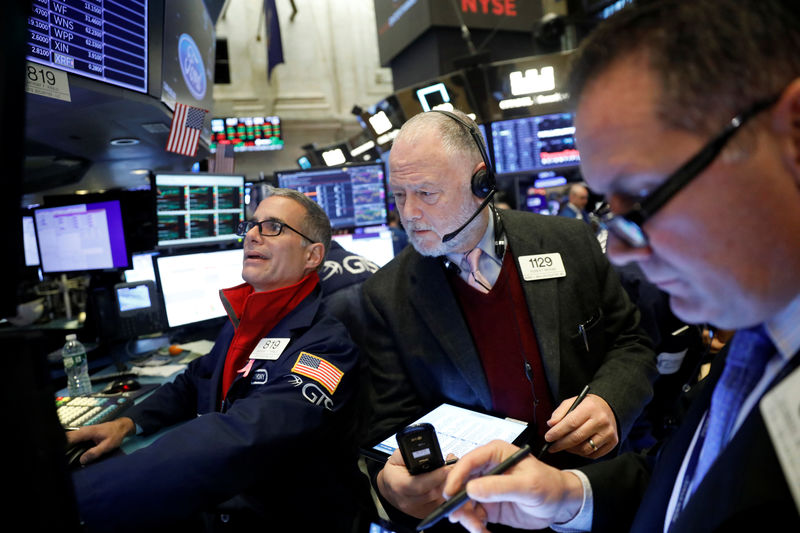 Beijing said it wanted to work out an initial trade pact with Washington “on the basis of mutual respect and equality” after reports earlier in the week suggested that a truce could be delayed into 2020.

Global shares have retreated from the 22-month highs scaled in recent weeks on hopes of a resolution to the trade war that has dented business sentiment, curtailed investment and hurt economic growth.

The benchmark S&P 500 index is on course to end the week with its first decline in seven, while the Nasdaq is eyeing its first weekly drop in eight. A largely better-than-expected corporate earnings season also contributed to the rally.

Investors now await U.S. manufacturing and services sector data, as well as a consumer sentiment survey by the University of Michigan to gauge the fallout of the dispute on the domestic economy, which has so far proven fairly resilient.

Among stocks trading premarket, Nordstrom Inc (N:) rose 8.5% after the retailer raised its 2019 forecast and reported third-quarter profit above expectations.

Gap Inc (N:) was up 1.7% after edging past lowered expectations for quarterly profit and reiterated its plan to separate Old Navy.

However, shares of Tesla Inc (O:) fell 2.9% after the automaker unveiled its electric pickup truck with an angular body in gunmetal gray that resembled an armored vehicle.