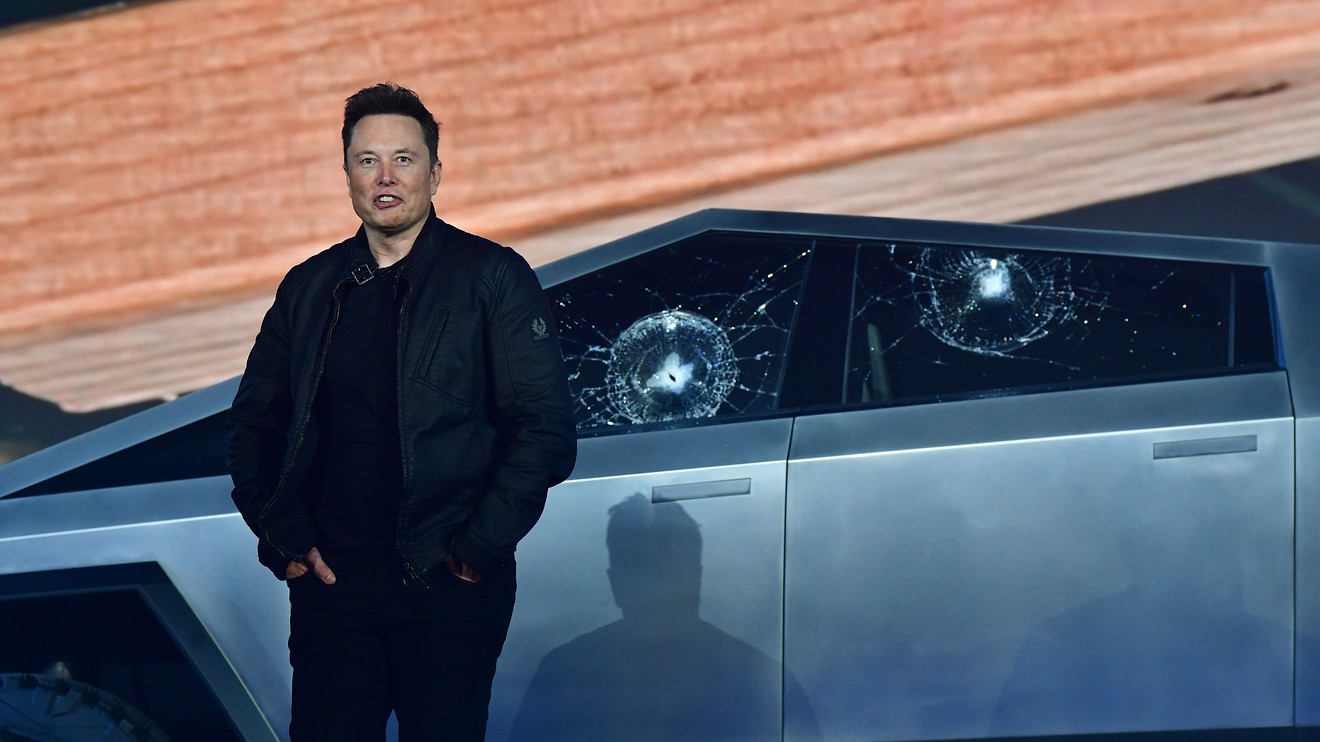 The internet is going to hang onto this Tesla moment for a while.

The much anticipated, all-electric “Cybertruck” rolled across the stage late on Thursday to a cheering crowd. And while the angular, cold-rolled steel vehicle looked like it could pretty much survive anything, a steel ball managed to crack the windows during a demonstration to prove they were indeed shatterproof.

“Oh my f…g God,” said Tesla’s TSLA, +0.74%  Chief Executive Elon Musk, looking on as an assistant lobbed the ball, smashing the driver window as a smaller object shattered the one behind it. “It didn’t go through, that is the plus side…room for improvement.”

Musk said wrenches and even a kitchen sink thrown at the windows before that debut didn’t break them. “We’ll fix it in post,” he assured the crowd. Check out the YouTube video, minute 7:30 for a replay of the whole thing.

But then the futuristic truck did seem to hold up pretty well to a sledgehammer test:

They hit the Tesla #Cybertruck with a sledgehammer and nothing happened pic.twitter.com/O26nyLPWHa

Longtime Tesla bear, Stanphyl Capital’s Mark Spiegel was among those who leapt on the Tesla demonstration fail:

I went to bed at 10, just woke up to take a leak, and couldn’t resist picking up the phone to see what I “missed”…

That’s the worst live demo scenario ever smashed glass on the @Tesla #Cybertruck a lot worse than when I have a software bug on a demo. At least I can switch to another window. @elonmusk not so much. Just kidding that never happens to me. pic.twitter.com/As9wooHJtx

While the window break clearly grabbed the limelight, a bigger concern going into the debut was that the design could prove too futuristic for traditional truck buyers. Some gave the whole thing the thumbs down, or likened the truck to a toddler’s toy, as shares dropped nearly 3% in premarket:

Why couldn’t it have looked like this? 😢 #Cybertruck pic.twitter.com/fr0x9aUH4K

i’m gonna tell my kids this was the new tesla #Cybertruck pic.twitter.com/7ctpzQZuEa

Please tell me it was a joke… #Cybertruck #tesla @elonmusk pic.twitter.com/83dZjemZOT

But then Tesla clearly gained or maintained some fans with its latest creation:

The Tesla #Cybertruck looks weird AF and I LIKE IT! pic.twitter.com/zCBXEr0hg0

The unintentional breaking of the window at the Tesla Cybertuck reveal is typical of Tesla the company: take massive risks; break shit; fail miserably and publically; be ridiculed by the masses but ultimately deliver. In spades. And change the game. That is why I’m a shareholder pic.twitter.com/JEkkZrNk9I

Threw two stainless steel baseballs point blank and they didn’t go through. Chuck a marble at the window of an F150 and it’ll shatter. It was still pretty impressive.