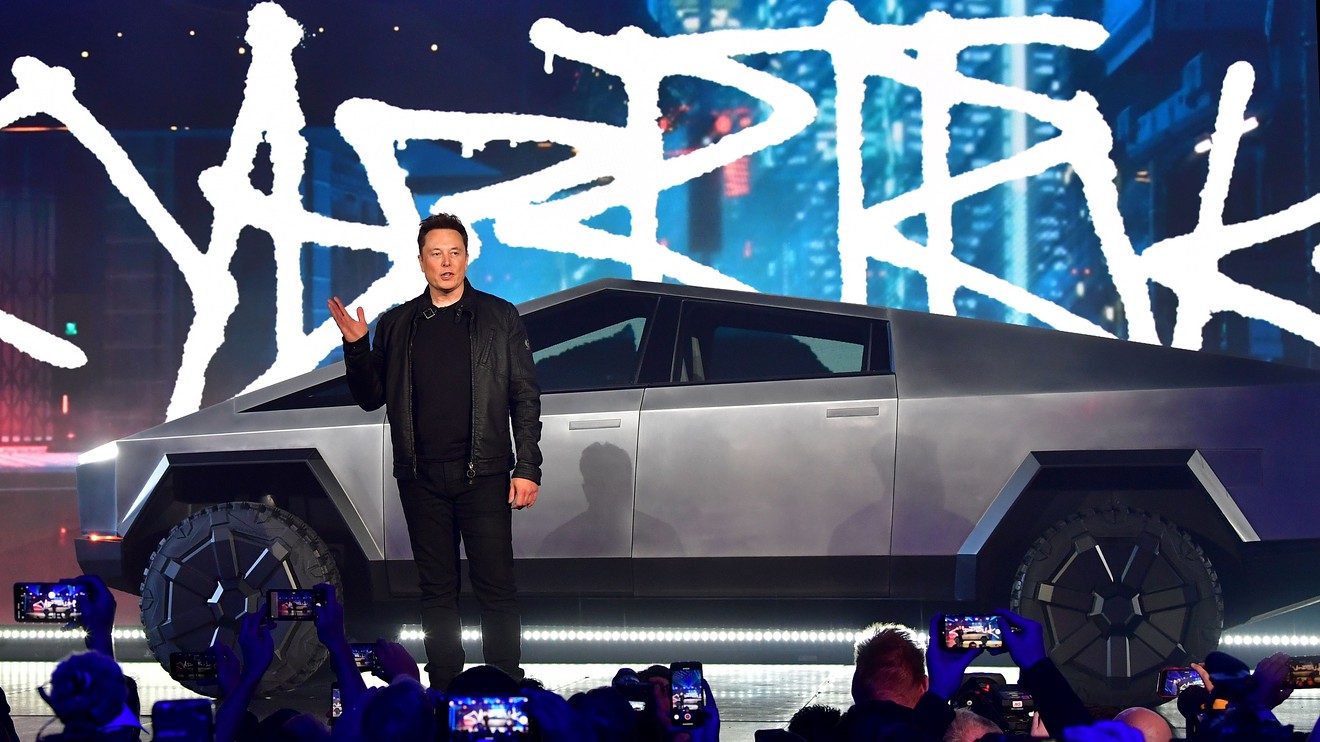 For Tesla Inc.’s Cybertruck, beauty is in the eyes of the believers, while the rest wonder who is going to buy that thing beyond the hard-core fan base.

Bullish financial analysts defended Tesla TSLA, -6.14%  and its latest electric car concept Friday morning, saying that devoted fans will buy the angular, stainless steel pickup truck and others would warm to the design. Analysts who don’t call the stock a buy, however, were not as kind, and doubted the Cybertruck will give traditional pickup manufacturers like Ford Motor Co. F, +1.49%  any kind of race.

Wall Street seemed to agree with the bears, sending shares down more than 6% in early trading Friday. Tesla’s stock had previously been hot, gaining 37.7% so far this quarter as the S&P 500 SPX, -0.10%  increased 4.3%.

Bernstein analyst Toni Sacconaghi, who has a market-perform rating and $325 price target on the stock, titled his note “The Tesla Cybertruck: Mad Musk, Fury Road,” a reference to Mad Max that he explained later: “Add a little bit of dirt, and you could even say it gives off a retro-future vibe a la Mad Max.”

That was not meant as a compliment.

“Looks do matter, and we think Cybertruck is likely to be a niche offering – with sales of perhaps 50K units a year or less. We think the best potential comp for the Cybertruck is Hummer, which sold 30-80K units annually during its lifetime,” he wrote, later adding, “A key question is whether Cybertruck’s design could be tweaked into a more mainstream offering over time.”

Wedbush analyst Dan Ives said the design “looked more like a stealth bomber than a pickup truck,” but thinks that will still attract the hard-core Tesla fans, but likely struggle to win over a wider audience.

The Cybertruck “will be a hit with the company’s fanatic EV installed base globally as Musk & Co. are clearly thinking way out of the box on this model design,” wrote Ives, who has a neutral rating and $270 price target on the stock. “Investors will question if this is a mass-market pickup going after Ford and GM with ~3 million pickup trucks sold annually in the U.S., or a more niche ‘wow factor’ model that will be more limited in demand/production scale and scope.”

“From a demand perspective, this will be a more niche market, as we believe hitting the 150k/175k unit threshold in its first full year of deliveries (likely 2022) is the line in the sand out of the gates and could be a tough bogey to hit,” Ives predicted.

On the positive side, there was Tesla bull Ben Kallo, a Baird analyst with an outperform rating and $355 price target. He believes all the talk about the design will not matter because pickup-truck fans will love what’s on the inside of the Cybertruck.

“The radical design will likely be a point of discussion, but over time we expect impressive features will win over a larger audience,” Kallo wrote.

Kallo did admit, “given the radical design, we do think there will be questions about the core buyer for the product,” before moving on to defend the launch event’s most shocking moment, when a demonstration meant to showcase the Cybertruck’s durable windows broke its “armored glass.”

“While this was unfortunate and provided some good meme fodder, ultimately we do not think the broken window is particularly significant and should not overshadow the rest of the unveiling,” Kallo wrote in a note titled, “Other OEMs will be walking on broken glass.”

Canaccord Genuity analyst Jed Dorsheimer, who has a buy rating and $375 price target, cheered the vehicle’s “futuristic styling and impressive specifications” in his note that predicted “the unique and futuristic design will resonate with consumers, leading to solid demand.”

“While the futuristic design may be polarizing, we are encouraged by the Cybertruck release and believe that along with the coming Model Y crossover SUV, Tesla will be able to address two key categories of the automotive market that it previously could not,” Dorsheimer wrote.

Opinions on Tesla among Wall Street analysts is divided, to say the least: Of 33 analysts tracked by FactSet, 13 consider Tesla the equivalent of a buy, nine call it a hold and 11 rate the stock the equivalent of a sell, according to FactSet. The average price target as of Friday morning was $319.74, almost 10% lower than Thursday’s closing price but much lower than the going rate Friday morning.