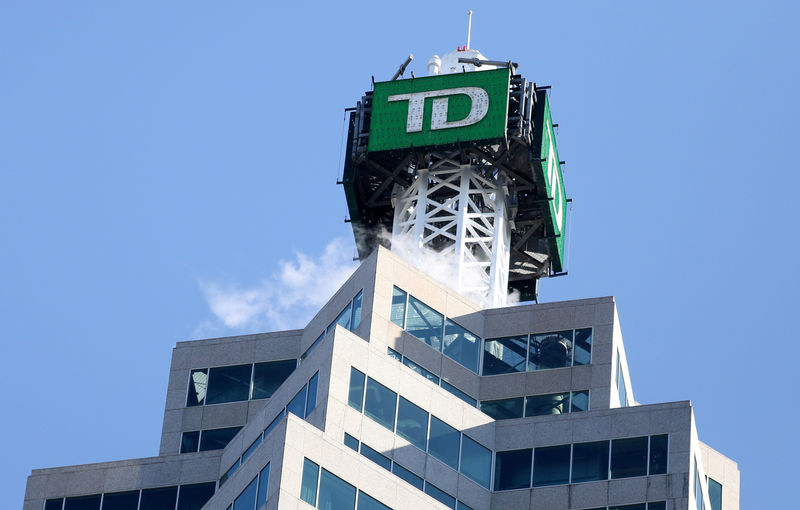 LONDON (Reuters) – Canada’s Toronto Dominion Bank (TO:) has been added to a global list of systemic banks that must hold extra capital, while Deutsche Bank (DE:) has dropped a rank within the list, the Financial Stability Board (FSB) said on Friday.

The international body based in Basel, Switzerland, was updating its list of systemic banks, introduced in the aftermath of the global financial crisis a decade ago when taxpayers had to bail out struggling lenders.

The addition of Toronto Dominion brings the total number of systemic banks to 30.

Systemic banks are slotted into one of five buckets, although the fifth – where banks would be required to hold an extra 3.5% of capital to risk-weighted assets on top of minimum requirements – remains empty.

JP Morgan Chase (NYSE:) remains the sole occupier of the fourth bucket, with a 2.5% capital surcharge.

Citigroup (NYSE:) and HSBC are in the third bucket, with a 2% surcharge.

Deutsche Bank has dropped from the third to the second bucket, which has a 1.5% surcharge, in a sign of how the struggling German lender is shrinking and simplifying its operations.

“This was primarily driven by reductions in leverage, strategic adjustments in the bank’s business and geographic perimeter and lower derivative volumes, together with wider industry developments,” Deutsche Bank said in a statement.

Deutsche Bank is, however, still required to meet a 2% extra capital requirement as a “domestic systemically important bank”, and therefore the overall capital buffer is expected to remain unchanged, the German bank said.

Toronto Dominion has been placed in the first bucket, with a 1% surcharge.

Changes to capital requirements come into effect in January 2021.

Banks on the list also face more onerous requirements for issuing special bonds that can be written down to replenish capital burned in a crisis to shield taxpayers.