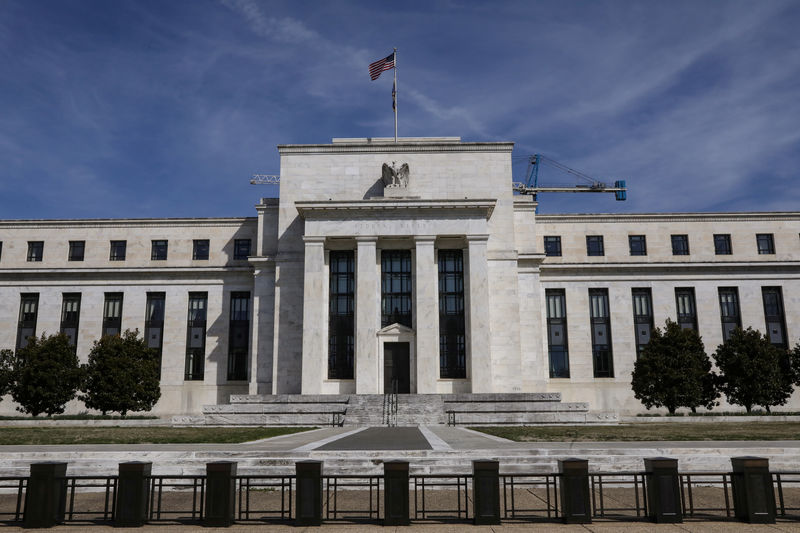 NEW YORK (Reuters) – New quarterly data from the biggest U.S. banks suggest that some will need to back away from short-term lending markets by year-end to avoid triggering requirements that they hold more capital.

The data, posted on Friday by the Federal Reserve, showed four of the six biggest U.S. lenders were above or close to thresholds that would increase their capital surcharges.

An easy way to get the scores down would be doing less lending through overnight repurchase agreements and foreign exchange swaps, said analysts who track the filings.

Those markets have experienced stress in recent months. Retreats by lenders would make them more vulnerable.

“If the economic narrative shifts in December, it could have a greater impact than if it were to shift at any other point in the year,” said Josh Younger, a derivatives strategist at JPMorgan who is not involved in the bank’s lending.

Calculations from September data in the JPMorgan Chase & Co (N:) filing, for example, indicate that its score as a Global Systemically Important Bank, or GSIB, was 751, or 21 points above the level at which its capital surcharge would be increased to 4% from 3.5%.

If JPMorgan doesn’t get below 730 it will have to hold another $8 billion of capital, analysts estimated. That would dampen return on equity. The bank has said it will be under the threshold.

The Fed, similar to bank regulators abroad, began imposing GSIB surcharges in 2016. The aim was to make big banks bear the costs to others of their failure and force them to choose whether to shrink or hold more capital.

Goldman Sachs Group Inc (N:) needs to take at least 16 points from its score to avoid a higher surcharge and Bank of America Corp (N:) needs to shave eight points. Citigroup Inc (N:) is two points under a markup, but could seek a wider margin because higher fourth-quarter stock prices are poised to add to all scores.

Backing away from certain short-term lending instruments, particularly swaps and other derivatives, is one of the easiest temporary ways to reduce scores, which are compiled from dozens of measurements and calculations.

Borrowers in the $3.2 trillion-a-day FX swap market are nervously looking toward year-end and having to decide between paying up or exiting positions.

The Federal Reserve has been stabilizing the repo market since mid-September when rates spiked to as much as 10% from about 2%.