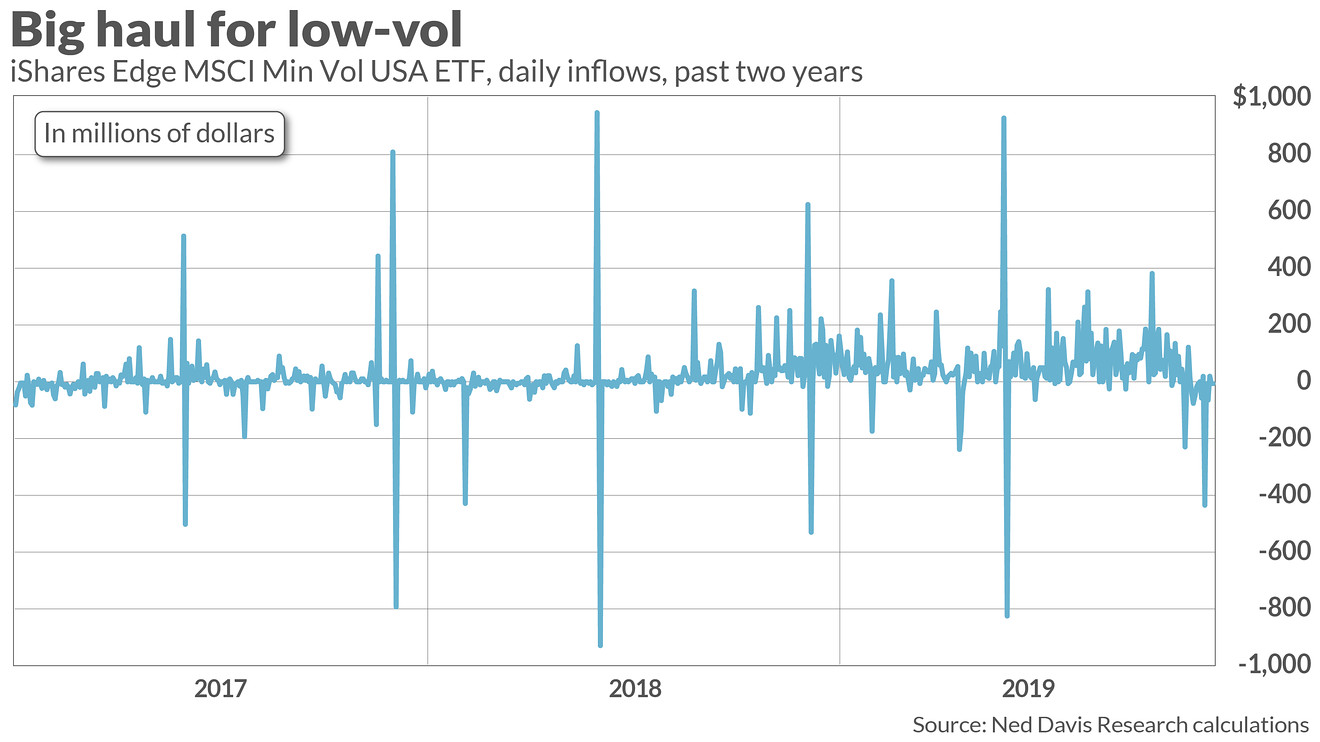 Investors are reassessing prospects for the global economy, if the record of one formerly blistering-hot fund is any indicator.

The fund is the iShares Edge MSCI Min Vol U.S.A. ETF USMV, +0.00%, and to say that it has enjoyed a recent run of sucess is an understatement. Inflows for USMV, its trading symbol, have been $1 billion or more every month for the past 16 months straight.

But as economic and market conditions have shifted this fall, with the markets commencing a rise toward all-time highs, so has appetite and returns for USMV. It’s underperforming other funds with different approaches, and investors have withdrawn $1 billion from it over the past two weeks,said Will Geisdorf, Ned Davis Research’s exchange-traded funds strategist.

See: In ETFs, the rich aren’t getting much richer

MarketWatch wrote about USMV this summer, noting that it’s one of a few well-known financial products that allow investors access to the broad stock market and aims to mitigate, or smooth out, market downturns. As we wrote back then, USMV’s value proposition is that it picks stocks that work well together as part of a holistically constructed portfolio.

A low-volatility strategy can be part of any investor’s overall portfolio at any time in the business cycle, but it’s been particularly in favor over the past year or so as skittish investors have started to gird for choppiness in what seemed like an inevitable end to the economic expansion in its record-setting 11th year.

USMV has had inflows of nearly $12 billion this year, making it the second-most popular ETF behind a total stock market fund from Vanguard VTI, +0.18%, Geisdorf said. (The two funds have returned roughly the same amount in the year to date —22% and 24%, respectively — which is about in line with the S&P 500 SPX, +0.15%  .)

But over the second half of the year, as global central banks made a U-turn and moved from tightening monetary policy to setting rates lower, investors have begun positioning for extra innings in the expansion. That means the “reflation” trade is back on: brisker economic activity will bring higher inflation, the theory goes, which makes bonds and other conservative, dividend-producing assets like utilities and real estate less attractive.

Those are precisely the sectors that help make USMV less volatile, and which it “overweights” in its portfolio.

“Given its heavy-weighting towards the bond proxies, USMV is extremely sensitive to fluctuations in interest rates,” Geisdorf said. “During the last reflationary period, USMV lagged the broad market and experienced significant outflows.”