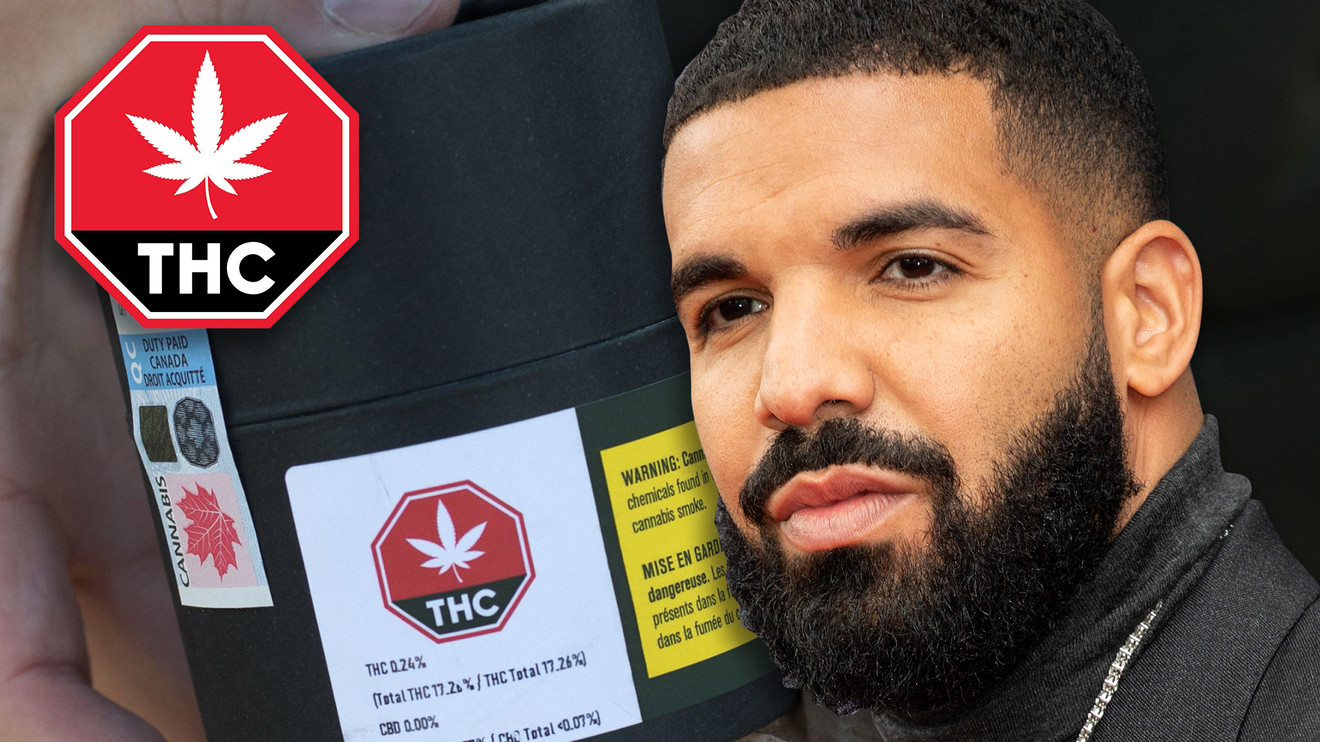 Drake’s attempt to trademark Canada’s warning label for marijuana appears to have failed, but not entirely because Canada owns the rights.

The U.S. Patent and Trademark Office informed the rapper Thursday that his attempt to trademark the symbol, originally reported by MarketWatch earlier this month, is legally rejected. The main reason for rejecting the application, however, was that another company actually has a trademark for the phrase “THC.”

Canada’s rights to the warning label were cited as a reason for the application may be denied for specific products containing marijuana with Tetrahydrocannabinol, commonly referred to as THC, a psychoactive component in cannabis. All the potential uses cited by Drake in his patent application — which focused on most kinds of apparel, such as clothing, shoes and various kinds of hats — were denied because another company has the trademark on the phrase THC.

That company, Pineapple Express Inc. PNPL, -76.00%, is traded over the counter in the U.S. and owns a portfolio of intellectual property and trademarks, including at one time thc.com. It recently launched a California cannabis delivery business.

The letter, publicly filed by the U.S. government, lists several other reasons why Drake’s marijuana trademark application may ultimately be denied: it may be confused with others, they can’t be used to sell federally illegal goods such as weed, and it doesn’t distinguish the products from others.

Harris Bricken attorney Alison Malsbury told MarketWatch over the phone that cannabis companies that apply for trademarks are routinely asked for additional information about their applications. Marijuana is illegal under U.S. federal law and trademarks are not granted for use with such products.

“There are many refusals along these lines — lack of lawful use in commerce,” Malsbury said, referencing to the sale of marijuana. “A lot of applicants perhaps are unaware, no matter how you draft your application, that if your intent is to sell products that violate the [Controlled Substances Act] you are not eligible for trademark protection. Their chances for overcoming that are very low.”

Drake and his attorneys have six months to respond to the Patent and Trademark Office’s finding and address the concerns contained within the documents. If he does not reply, the government will abandon the filing, effectively denying the trademark

Cannabis Watch: Stay up to date on the cannabis industry with MarketWatch

Drake had sought the trademark to a red “stop sign” displaying a marijuana leaf and the letters THC. The image included in the trademark filing is the same used by Health Canada and is required on all recreational products that contain the compound.

Previously, Health Canada told MarketWatch that Drake may have improperly attempted to claim the image and text for himself.

“The standardized cannabis symbol is protected by Crown copyright and intended to be used for public health and safety purposes only and not for private commercial means,” Eric Morrissette, chief of media relations for Health Canada, wrote in an email. “It can be an infringement of Crown copyright to reproduce the symbol for commercial purposes without permission to do so from the copyright owner.”

Drake, whose real name is Aubrey Graham, is one of the most successful rappers in the world, with seven platinum albums and more than 70 platinum singles, according to the Recording Industry Association of America. He is closely associated with his home country of Canada — the first industrialized nation to legalize recreational marijuana — after first receiving notoriety as an actor on the Canadian television series “Degrassi: The Next Generation.”

The Canadian rap icon said earlier this month that he plans to get into the weed business and announced a partnership with Canopy Growth Corp. CGC, -9.27% WEED, -9.47%  The new venture will be called More Life Growth Co. and will be headquartered in Toronto. Financial details of the arrangement were not immediately available, though Canopy Growth said it would release details in several weeks.