Home
Stocks
Economic Preview: The holiday season will showcase the best and worst of the U.S. economy
Prev Article Next Article 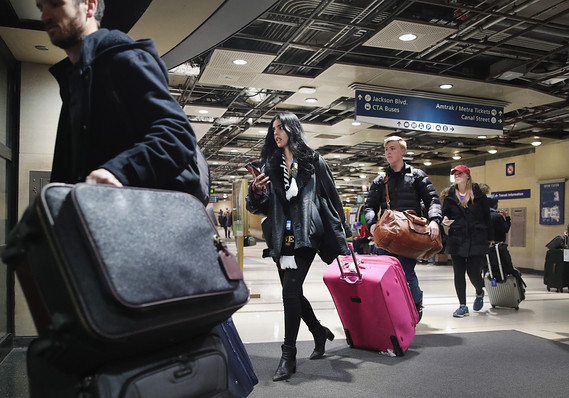 The busy holiday shopping season is likely to showcase a big divide in the U.S. economy.

The U.S. holiday season is ready to kick off this week after the Thanksgiving feast, but not every part of the economy can expect to share in the bounty.

American households have spent a bundle this year to keep the economy plowing ahead in a record 11th year without a recession. Consumers have accounted for 80% of the economy’s growth, with government spending supplying most of the rest.

Largely absent from the stage has been the third major actor in the economy: business. Spending and investment by companies big and small has basically flat-lined in 2019 after robust growth in the prior two years.

A fusillade of economic reports this week — most of them bunched up the day before the holiday on Thursday November 28th — is likely to affirm the yawning gap between consumer and business spending.

A closely followed gauge of consumer confidence from the U.S. Conference Board on Tuesday is expected to rebound while consumer spending may have gotten off to a decent start in the fourth quarter in the Commerce Department’s personal consumption and income data due Wednesday.

What’s added to sunnier tone is a surging stock market DJIA, +0.39% SPX, +0.22%  that’s set fresh record highs and an easing of trade tensions between the U.S. and China. The unemployment rate also remains near a 50-year low and wages are rising a healthy 3% a year.

“We are still seeing pretty good wage and income growth,” said Sam Bullard, senior economist at Wells Fargo Economics Group. “Consumers continue to discount what is going on in Washington and abroad. They’re focused more on their jobs and income prospects.”

Read: It’s great the stock market is setting records, but it’s not because economy is great

Also giving the economy a mild boost is a resurgent housing market. Sales of new and previously owned homes have rebounded after a plunge in interest rates pulled more buyers back into the market. Builders have also increased construction.

“Housing continues on a steady recovery path,” said Neil Dutta, head of economics at Renaissance Macroresearch. “Mortgage applications to buy homes are running about 10% higher vs. a year earlier, he noted.

What’s likely to continue to constrain the industry is a shortage of new or used properties for sale. There’s just not enough housing to reduce the pressure on prices and satisfy all the potential buyers.

The outlook is not so bright for most other businesses.

Wall Street expects a decline in orders for durable goods in October in data due Wednesday, mirroring a yearlong trend. These are big-ticket items such as cars, appliances, computers and the like whose sales represent a sizable chunk of the economy.

A key measure of business investment known as core capital orders is also likely to be soft. Investment has fallen slightly through the first nine months of 2019, a far cry from the double-digit growth just a few years ago.

The divergence between consumers and businesses won’t narrow anytime soon.

The U.S.-China trade fight has damaged the broader global economy, hurting big U.S. exporters in farming and manufacturing. It’s also led to a global stagnation in trade and investment.

Even a so-called phase-one trade deal between the U.S. and China won’t spur businesses to crank up investment. They’ll need to see progress — a lot more progress — before they regain enough confidence to act.

“Certainly it would be encouraging, but there’s still a lot of uncertainty,” Wells Fargo’s Bullard said. “The economy we’ve seen for a while now looks like it will persist into early next year.”