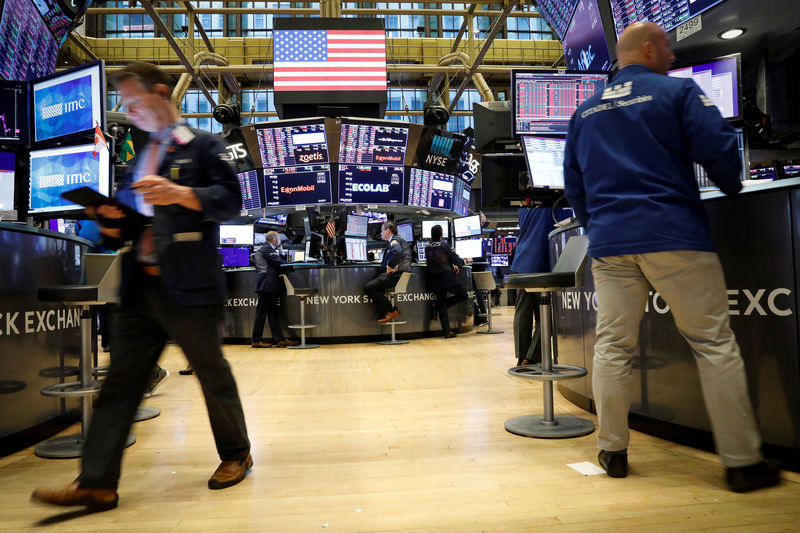 Can we have it both ways? For two decades, trade expansion has fueled rapid global economic growth. But with trade volumes contracting at a rate of more than 1% year-on-year and the Sino-U.S trade war nearing its two-year anniversary, world growth will plumb decade-lows next year, the Organisation for Economic Co-Operation and Development predicts.

As a Dec. 15 deadline for U.S. tariff hikes approaches, Beijing has reportedly invited top U.S. negotiators to talks. But it might call those off if President Donald Trump signs into law a bill supporting Hong Kong’s pro-democracy protesters or if U.S. warships keep sailing near islands it claims in the South China Sea.

Growth has slowed to 30-year lows in China. U.S. new factory orders and shipments have slowed, while monthly job creation is running a quarter below last year’s levels — even after three interest rate cuts.

Ominously, the U.S. bond curve is flattening again. Ten-year U.S. government borrowing costs are 15 basis points away from tumbling below two-year yields, the so-called curve inversion witnessed a few months ago. A sustained inversion is a reliable predictor of recession, and more trade tensions could well take us there.

The seismic shift in the consumer landscape has exposed a growing divide between retailers capable of adapting their bricks-and-mortar stores to the online world, and others struggling to keep customers coming through their doors.

Recent quarterly reports illustrate that gulf. Shares in Target (NYSE:) for instance surged to record highs after it raised full-year earnings forecasts, but department stores Macy’s and Kohl’s cut their outlooks ahead of the holiday season. Macy’s shares extended their losses for 2019 to 50%. Nordstrom (NYSE:), GAP Inc and Kohl’s shares are all down by more than 25% this year.

But even with so many store chains struggling, U.S. retail stocks haven’t done too badly. The S&P 500 Retailing index is up 21% for the year, not far behind the S&P 500’s 24%. And investors betting on Amazon’s domination of the industry have been burned. An ETF called ProShares Decline of the Retail Store shorts a basket of brick-and-mortar store chains and has lost 3% this year.

Flash readings of euro zone inflation due on Nov 29 will surely top new ECB chief Christine Lagarde’s must-watch list. Price growth in the bloc has undershot the ECB’s near-2% inflation target since 2013 and is not expected to approach that level any time soon, let alone this month.

On the bright side, predictions are for annual inflation to have edged up in November for the bloc and in Germany. Lagarde has also pledged to review the ECB’s inflation strategy, following in the footsteps of the U.S. Federal Reserve.

The problem is that many of the factors depressing prices are outside the ECB’s control – demographics for instance, or the reliance on exports, in particular by German manufacturers, which leaves it exposed to the effects of a global trade war. Indeed, inflation expectations in the bloc closely track sentiment towards the U.S./China trade spat this year.

South Korea, a bellwether of risk in Asia, is digging into its coffers to get out of an economic rut. With Korean exporters hit hard by the Sino-U.S. trade war and declining global demand for their chips and ships, the government may be about to clear another massive spending increase for 2020.

South Korean blue chips such as Samsung Electronics (KS:) have done well but the broader equity index has trailed peers over the past 2-1/2 years. Economic growth is at its weakest in a decade and Korean workers have increasingly taken to the streets to protest job losses.

What Korea’s vaunted tech industry needed was at least some sign of truce in the 16-month old trade spat. Without that business sentiment indicators, due in coming days, are unlikely to show improvement. The Bank of Korea has already cut interest rates twice this year but is unlikely to do so again at its Nov. 29 meeting as it waits to see what steps the government plans.

Brazil’s real has slumped towards record lows against the dollar, the latest South American currency to take a beating in recent weeks. It’s down almost 8% this month and only the Chilean peso has performed worse.

But unlike its regional peers Argentina and Chile, Brazil hasn’t undergone a radical government change recently or suffered a spate of social unrest. What’s weighing on markets is this month’s ‘mega’ oil auction, which failed to attract foreign demand – and the billions of dollars – many had banked on.

The currency selloff has so far been orderly, volatility remains low, and liquidity has not dried up. Nor is central bank chief Roberto Campos Neto sounding any alarms bells, saying currency market intervention was an option only if there was a lack of liquidity.

He may not need to worry either about inflation – at 2.54%, it’s running well below this year’s 4.25% target. Thursday will bring a fresh batch of inflation data which may show if the real tumble may impact inflation and Campos Neto’s strategy.