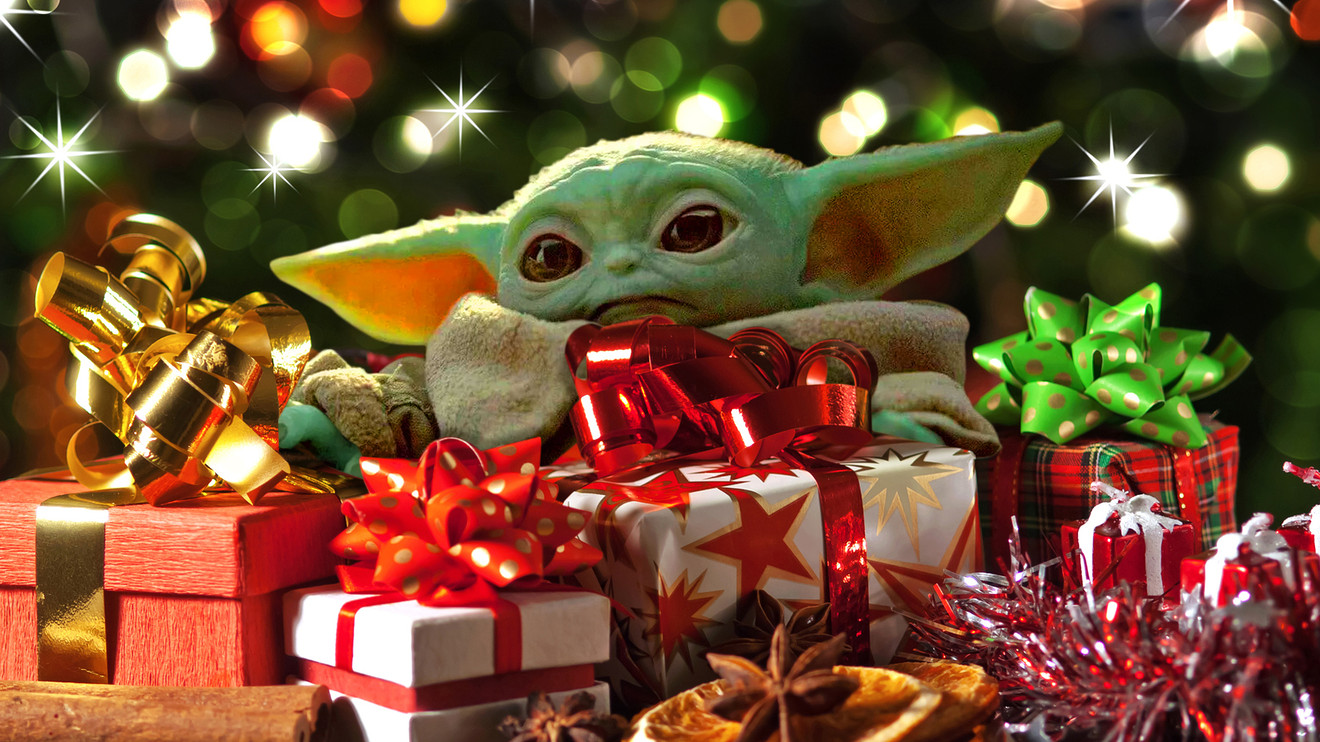 Make Disney a lot of money, this will.

Spoiler alert for those who haven’t tuned into “The Mandalorian” on Disney+ yet, but the “Star Wars” series shocked and awwww-ed fans last week by revealing a surprise, adorable character. This 50-year-old alien baby is simply called “The Child” in the series, but the little green creature with the wide eyes and huge ears looks just like an infant version of the iconic Yoda character from the original “Star Wars” trilogy. It has been dubbed “Baby Yoda” or “Yoda Baby” by viewers on Twitter TWTR, +0.81%  and Instagram FB, +0.45%, as Yoda’s species and home planet have never actually been revealed by creator George Lucas or any of the “Star Wars” movies, so people simply don’t know what else to call it.

And many viewers have been clamoring for Disney DIS, +0.95%   to release plush and toy versions of the cuddly character. To the surprise of absolutely no one, their wishes have been granted.

CNBC has exclusively reported that “Baby Yoda” apparel and accessories will soon be available through Amazon AMZN, +0.63%, Zazzle, Target TGT, -0.49%,  Kohl’s KSS, -0.19%,  Macy’s M, +5.18%, Hot Topic and Box Lunch, and possibly as early as Friday. A Disney spokesperson confirmed to MarketWatch that more apparel will be available at the Disney Store, ShopDisney and in Disney Parks and at retail before the holidays, as well, while presales for plush toys and other playthings will arrive in the coming weeks. After that, “a wide variety of products,” including toys, plush, specialty apparel and additional categories will also be hitting shelves in the coming months. The toys will most likely come from Hasbro HAS, +0.73%, which has the exclusive license from Disney to make Star Wars, Marvel and “Frozen” toys.

Hasbro was not immediately available for comment or to confirm retail and availability information when MarketWatch reached out on Friday morning. But there were already four “Mandalorian” T-shirts featuring “Baby Yoda (aka “The Child”) available on Amazon early on Friday, starting at $22.99 apiece.

Related: Before you sign up for Disney+, use this calculator to add up the ‘true’ cost of your streaming services

“Baby Yoda” toys weren’t included in the early marketing and merchandise launch for the series, to avoid spoiling the surprise when the mystery baby was revealed. Director Jon Favreau told “Entertainment Tonight” that, “I have to thank Disney and Lucasfilm, because the way the cat usually gets out of the bag with that stuff is merchandising and toy catalogs and things like that. So they really back us up.”

Marissa DiBartolo, Editor-in-Chief of The Toy Insider and The Pop Insider, told MarketWatch that holding back the “Baby Yoda” toys initially will probably work in Disney’s favor.

“As long as the merch hits before the holidays, it’s going to be a huge success. If it drops before Black Friday, which we expect it will, I guarantee it’ll be gone in an instant,” she said. “‘Baby Yoda’ will be the Tickle Me Elmo of 2019 — just grab yours before it ends up on eBay. “

Three episodes of the series have been released on Disney+ as of Friday, and the “Baby Yoda” character has become the show’s breakout star and a social media sensation.

I’ve got a very little boy whom I love with everything I have inside me, but I’d kick that trash baby to the curb to protect #BabyYoda. pic.twitter.com/Heo3FSRb3o

Says to wife: “We need Disney Plus.” pic.twitter.com/WGHXpqvw3C