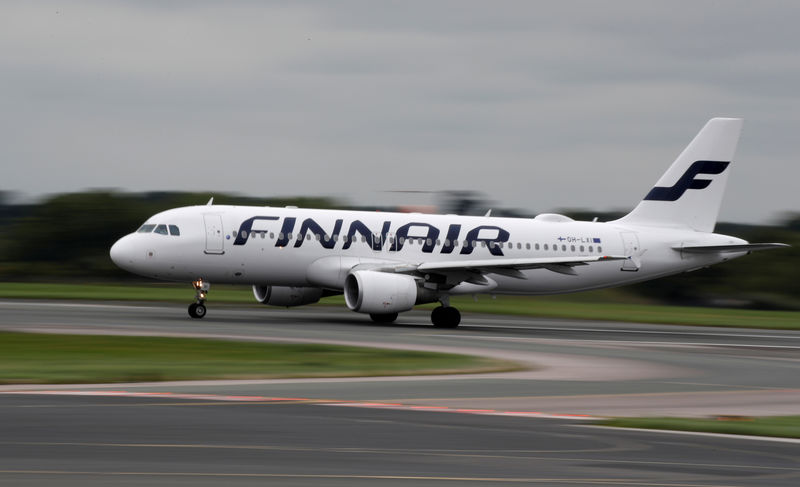 HELSINKI (Reuters) – Finland’s national airline Finnair (HE:) said on Sunday it was forced to cancel 276 flights scheduled for Sunday and Monday after attempts to settle a labor dispute at the Finnish postal service failed, leading several Finnish labor unions to join a solidarity strike on Monday.

Some 9,000 employees of the publicly owned postal service Posti have been on a two-week strike against pay cuts and several Finnish employee unions are taking actions to support the strike.

Finnair said around 20,000 travelers would be affected by its cancellations, caused by the Finnish airport workers’ union’s decision to join the solidarity strike on Monday if no resolution to the postal service dispute was found by Sunday.

Finland’s chief labor conciliator, Vuokko Piekkala, said on Sunday attempts to forge an agreement in the dispute had failed, after extensive negotiations over the weekend.

Piekkala said it was not immediately clear when negotiations would restart.

Finnair spokeswoman Paivyt Tallqvist said: “Our current estimate is that we could operate some 120 of our 377 flights scheduled for tomorrow.”

Juhani Haapasaari, chairman of the Finnish Aviation Union, had told Reuters earlier this week that the strike would affect air traffic’s ground services, including catering, technical services, cargo, security checks and consequently all airlines flying to and from Finland.

The solidarity strikes were expected to largely stall public bus transport in Finland’s capital Helsinki on Monday, while the Finnish Seafarers’ Union said it would stop all passenger and cargo vessels flying the Finnish flag in Finnish ports starting on Monday until further notice.

The strike has also led to mail deliveries being interrupted in Finland ahead of the busy Christmas season.

Apart from the postal strike, there might be more widespread strikes on the way, potentially affecting other Finnish industries, as three other employee unions called at least 85,000 workers to join a three-day strike starting December 9 in separate wage disputes.