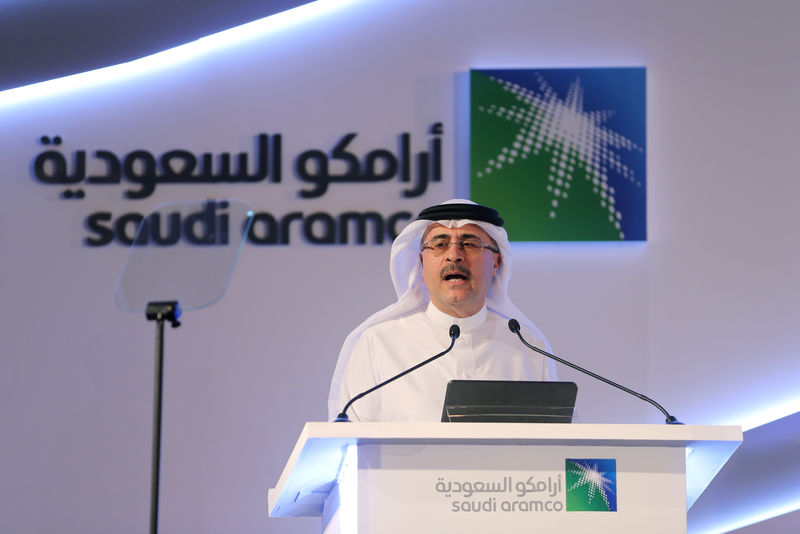 DUBAI (Reuters) – Saudi Aramco’s top executives have met officials of Kuwait’s sovereign wealth fund to convince them to invest in the oil giant’s initial public offering (IPO), which could raise as much as $25.6 billion, a source familiar with the matter said.

The meeting, which was led by Aramco’s Chief Executive Amin Nasser, took place weeks ago, the source said, confirming an earlier report on Sunday in the Kuwaiti newspaper Alrai.

The Kuwaiti newspaper said the Kuwait Investment Authority’s (KIA) decision to participate in the deal or not will depend on a “study” of the IPO.

Aramco and KIA did not immediately respond to separate Reuters requests for comment.

In late October, KIA’s managing director Farouk Bastaki had said Aramco had not approached the fund then, but KIA would look at the IPO like any other investment.

Aramco has struggled to attract a major cornerstone or anchor investor for its IPO, which could be potentially the world’s biggest.

Talks have taken place with sovereign investors including the Abu Dhabi Investment Authority, Singapore’s GIC and other funds, sources have told Reuters.

The company has also canceled marketing roadshows for its listing outside of the Gulf because of the lack of interest from foreign institutional investors.

Aramco plans to sell 1.5% of the company, giving it a potential market value of between $1.6 trillion and $1.7 trillion. The deal is the centrepiece of Crown Prince Mohammed bin Salman’s plans to diversify the Saudi economy away from its reliance on oil.