When shopping for a new family vehicle, it’s important to do some homework to make sure that it’s up to your personal standards with regard to safety features, both passive and active. Passive refers to the ways in which the vehicle protects you in the event of a collision while active safety features work to prevent a collision from even happening in the first place. The Insurance Institute for Highway Safety hands out IIHS Top Safety Pick+ designations to vehicles that excel with regard to both passive and active safety. Here, we’ll take a look at some of our favorite midsize, three-row family SUVs that earned one of these coveted awards.

The Ascent earns scores of Good across all six crashworthiness tests, all possible points for offering standard crash prevention equipment and a Good+ for LATCH child seat system ease-of-use. As will be the case with many of the other family SUVs that appear on this list, the only category keeping the Subaru Ascent from a universal perfect score is headlights. While Limited and Touring trim come with LED projector headlights that earn a score of Good, the lower-end Base and Premium trims come with basic halogen lights that earn a score of Poor. The IIHS cites poor visibility on curves, excess glare from the low beams, and inadequate visibility on sharp curves from the high beams as a reason for the failing grade. 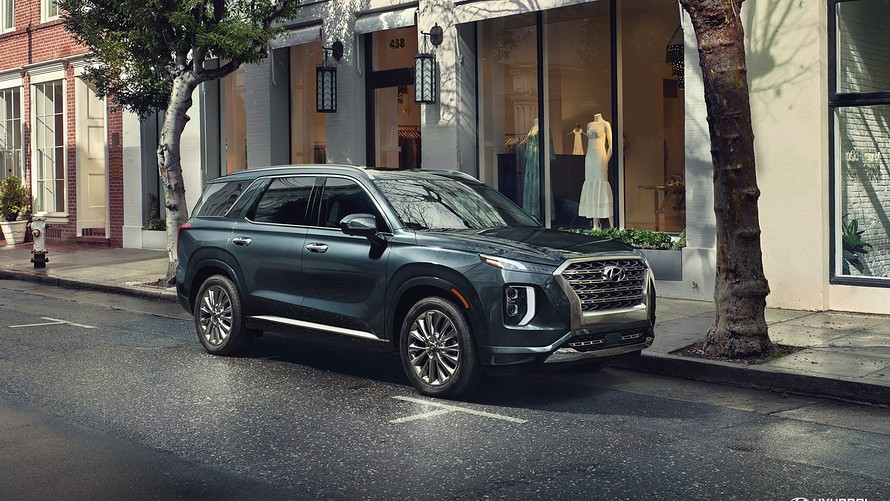 The new-for-2019 Palisade earns perfect marks in all crashworthiness categories, plus top marks for offering standard forward-collision warning that worked as intended in both the IIHS’s 12- and 25-mph tests. The Palisade’s LATCH system earns only an Acceptable rating as testing found the anchors to be positioned too deeply in certain seats and difficult to maneuver around in other seats. As far as headlights go, top-spec Limited and SEL trims equipped with the Premium package come with LED projector headlamps and earn a score of Good, while the entry-level SE and SEL trims without the Premium package come with basic halogen beams that the IIHS says offer inadequate visibility in turns for both the low and high beams.

The smaller of Kia’s two three-row crossovers, the Sorento earns top marks in all crashworthiness categories and the maximum possible score for its automatic braking system (although it’s only optional). Child seat anchors earn only an Acceptable rating as the Institute found them to be confusing to operate. Top-spec SXL trims and SX trims with the Touring Package come with LED lights that earn a score of Good, while lesser trims use a less-sophisticated halogen design that the IIHS found to offer poor visibility and some glare, earning them a score of Poor.

Also read: Should you buy a car with all-wheel drive?

The Mazda MZDAY, +0.23%  CX-9 is the final mainstream midsize family SUV with three rows of seats to earn a Top Safety Pick+ designation. Crashworthiness scores come in perfect across the board, as does the forward collision warning, although this equipment is technically optional. LATCH system ease-of-use earns only a score of Acceptable for a number of reasons. A total of six different versions of the CX-9 were evaluated for headlight performance and the results come in all across the board. Top-trim Grand Touring and Signature trims built after June 2019 earn a score of Good, while those built before July 2019 actually earn a score of Poor despite still offering high-end LED projector headlights. Other trim levels, all of which come with LED lighting, fall in between. 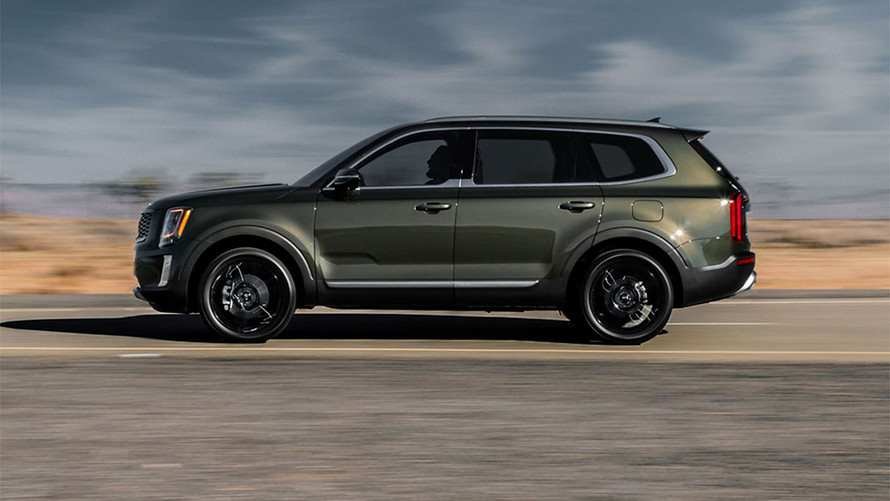 Kia’s chiseled new Telluride, which slots in above the Sorento in the brand’s lineup, earns perfect scores for crashworthiness and for its standard collision mitigation system. It misses out on a Top Safety Pick+ rating due to shortcomings with regard to headlights and LATCH ease-of-use. Top-of-the-line SX trims come with LED projector headlights that earn a score of Acceptable due to weak visibility from their low beams and glare from their high beams. All other trims offer basic halogen lamps that earned a score of Poor for offering weak visibility. Child seat anchors missed out on a perfect score due to being located too deep within the seats and difficult to maneuver around.

While it’s being phased out in favor of the all-new Palisade, the Hyundai HYMTF, +2.79%   Santa Fe XL was offered as a value-oriented three-row crossover for the 2019 trim year. Despite the design’s age, the Santa Fe XL still performs well in crash testing, although it misses out on a perfect crashworthiness grade due to passenger side front overlap test performance that the IIHS deemed just Acceptable. While it earns top marks for its forward collision warning, the technology is optional. Beyond this, the Santa Fe XL’s SE and Limited trims optioned without the Ultimate Package come with basic halogen headlights that earn poor scores for visibility. Opt for the Ultimate Package on the Limited trim and the Santa Fe XL gains LED projector lamps that earn a score of Good in IIHS testing. Finally, the Santa Fe XL’s LATCH safety system was said to be somewhat difficult to use, earning it a score of just Acceptable.

The current Highlander will be replaced by an all-new model for the 2020 model year but the IIHS has yet to test the new version. The 2019 Highlander shows its age a little, missing out on perfect crashworthiness scores due to an Acceptable rating in the passenger side small-overlap front crash test, which has proven difficult for some automakers to master. The Toyota TM, +0.27%   Highlander earns a perfect score for its standard front crash prevention equipment. No 2019 Highlander comes with LED headlights; all trims from LE to Limited come with basic halogen projectors that earn a score of Acceptable due to inadequate visibility and glare. LATCH ease-of-use earns a score of Good. 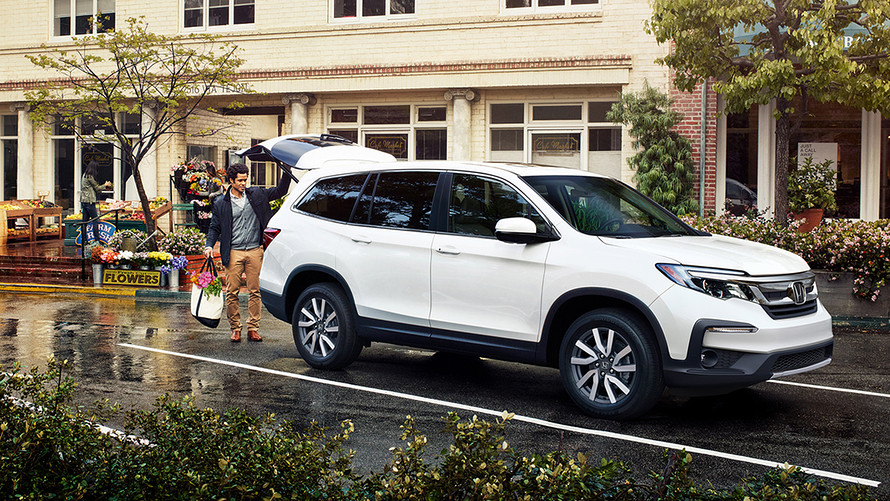 Like the Highlander, the Honda HMC, +0.35%   Pilot earns an Acceptable in the Insurance Institute’s passenger side small-overlap front crash test but performs well in all other crashworthiness tests. Headlight scores come in at Good for top-spec Touring and Elite trims, both of which come with LED reflector headlights. LX, EX and EX-L trims come with LED low beams but halogen high beams for some inadequate visibility angles and glare. LATCH ease-of-use earns an Acceptable.

The last vehicle on our list of great family SUVs with IIHS Top Safety Pick+ ratings for 2019 is the Pathfinder. Like some of the vehicles that preceded it on this list, the Nissan NSANY, -0.08%   Pathfinder earned only an Acceptable in the passenger side small-overlap front crash test. The Pathfinder nets a perfect score for its standard front crash prevention system that performed as designed in testing. Finally, the Pathfinder scored an Acceptable for its LATCH connection points due to less-than-ideal positioning within the seat and shortcomings with regard to overall ease-of-use.