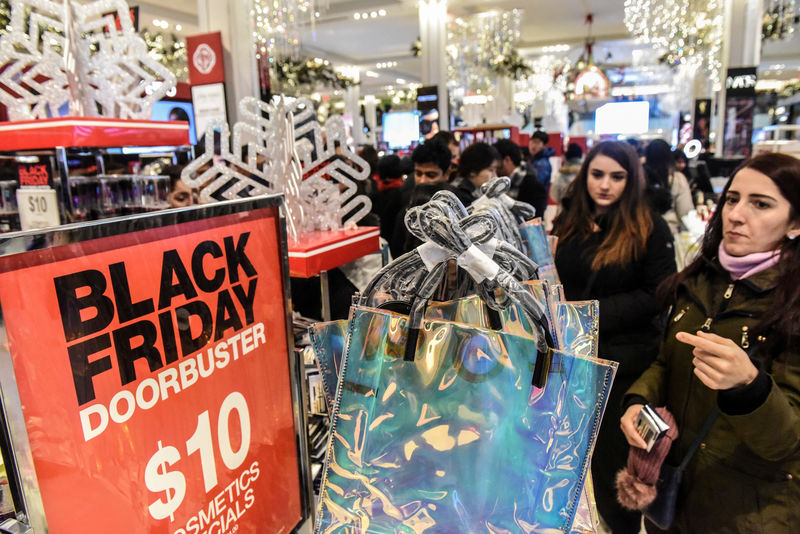 SAN FRANCISCO (Reuters) – The U.S. holiday shopping period kicking off on Friday may heighten Wall Street’s perception of a growing divide between retailers adapting to online sales and those unable to shake their reliance on dwindling shopping mall traffic.

On one side are companies including Target (N:), Costco (O:) and Best Buy (N:), which have bulked up their online presence, deliveries and fast in-store pickups attractive to customers and have seen their stocks outperform. Also among the winners are shares of Ross Stores (O:) and TJX Companies (N:) – apparel discounters offering consumers attractive value.

At the other end of the divide, GAP (N:), Victoria Secret-owner L Brands (N:) and department stores Macy’s (N:) and Kohl’s (N:) have slumped as those one-time mall powerhouses struggle to successfully revamp their products and locations and keep customers visiting.

The first weekend after Thanksgiving can be make-or-break for retailers strategizing over how much and when to discount their products throughout a hyper-competitive month-long shopping season.

“Promotions on Tuesday are a sign of desperation,” O’Shea said. “It means somebody missed the weekend, they have to clear stuff out, and their cadence is off. And if they go the other way, it means they had a good weekend and they can take their foot off the gas.”

Supported by the lowest unemployment rate in nearly 50 years, consumer spending has helped insulate the economy from the White House’s 16-month trade war with China. But the Commerce Department’s report on October retail sales suggests consumer spending is slowing faster than economists expected.

Weaker spending could mean less of a cushion to retailers, which would particularly hurt those stores that are already struggling.

Adding to difficulties, retailers have been scrambling to cut costs and find ways to minimize the damage to their bottom lines from tariffs already levied on $250 million Chinese imports and upcoming tariffs on another $300 worth of Chinese imports.

“The stores that are not going to do so well are the ones with a middle of the road proposition. The ones that aren’t overly expensive but are also not great value.” warned Neil Saunders, managing director of research firm GlobalData Retail.

Shares of Nordstrom (N:), GAP and Kohl’s are down by between 18% and 35% in 2019 as they fight to compete against big-box rivals and Amazon.com.

Quarterly reports last week underscored the retail industry’s haves and have-nots, with Target surging record highs after it raised its full-year earnings forecast on Wednesday, and department stores Macy’s and Kohl’s cutting their outlooks ahead of the holiday season.

Macy’s has lost half of its value this year, the poorest performance among S&P 500 retailers. Showing how little investors expect Macy’s to recover, its stock last month traded at as low as 5.6 times expected earnings, its lowest earnings multiple ever, according to Refinitiv.

However, overall stock performance for the retail sector has almost kept up with the broader market’s rally, even as investors worry that the cost of increasingly generous shipping offers from Walmart (N:), Amazon (O:), Target, Best Buy and others will eat into their profits.

The S&P 500 Retailing index <.SPXRT> is up 20% for the year, compared to the S&P 500’s 24% rise. Meanwhile, investors betting Amazon’s domination of the retail industry would completely devastate its competitors have been burned. The ProShares Decline of the Retail Store ETF (K:), which shorts an index of brick-and-mortar store chains, has lost 3% this year.