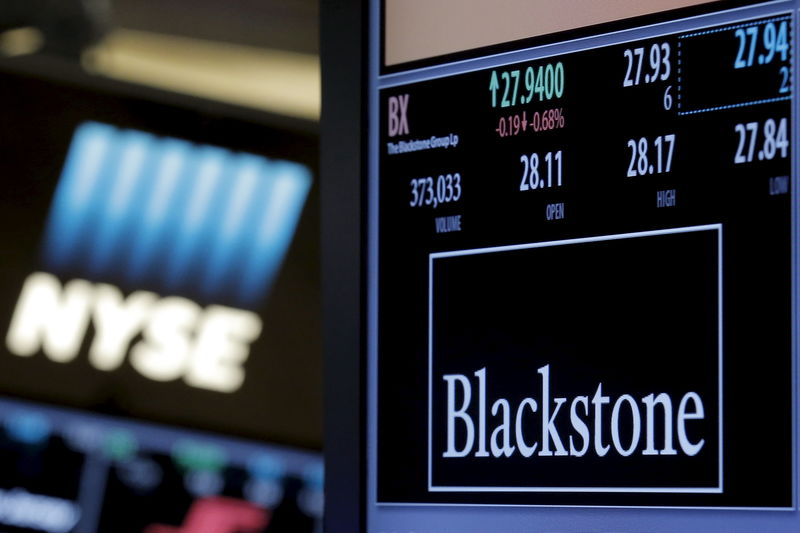 (Reuters) – Blackstone Group Inc (N:) said on Monday it will invest $400 million in a joint venture with Swiss drug company Ferring that is working on an experimental gene therapy for bladder cancer, the private equity giant’s largest ever bet on drug development.

Investing in yet-to-be-approved medicines is a lucrative but also risky proposition for buyout firms, and only few have had the stomach to place such bets. Blackstone made its foray in the sector last year, acquiring Clarus, an investment firm specializing in life sciences.

For its part, Ferring will invest $170 million in the joint venture with Blackstone, dubbed FerGene, bringing its total funding to $570 million, the companies said in a statement.

FerGene is developing a gene therapy for bladder cancer patients with an aggressive form of the disease whose current options include having their bladder removed. The treatment works by entering the walls of the bladder where it releases a gene to trigger the patient’s own body to make a protein to fight off cancer.

“We believe, and Ferring also believes, that this can change the standard of care in bladder cancer, a terrible disease,” Nicholas Galakatos, senior managing director of Blackstone Life Sciences, said in an interview.

“Oncology is a new area for Ferring, but it is one that we as Blackstone Life Sciences have a lot of experience in”

To minimize its risk, Blackstone invests in the late stages of drug development, when a medicine has already gone through important milestones. Late-stage drug development can also be expensive because of the clinical trials involved, something that Blackstone is seeking to capitalize on by partnering with pharmaceutical firms looking to share the cost burden.

FerGene’s therapy, named nadofaragene firadenovec, is currently in the final stage of clinical research, results from which will be presented on Dec. 5 at the Society of Urologic Oncology’s annual meeting.

Since it launched its life sciences unit, Blackstone has also formed a new company with Novartis AG (S:) to study a type of heart drug. Blackstone invested $250 million in that venture.