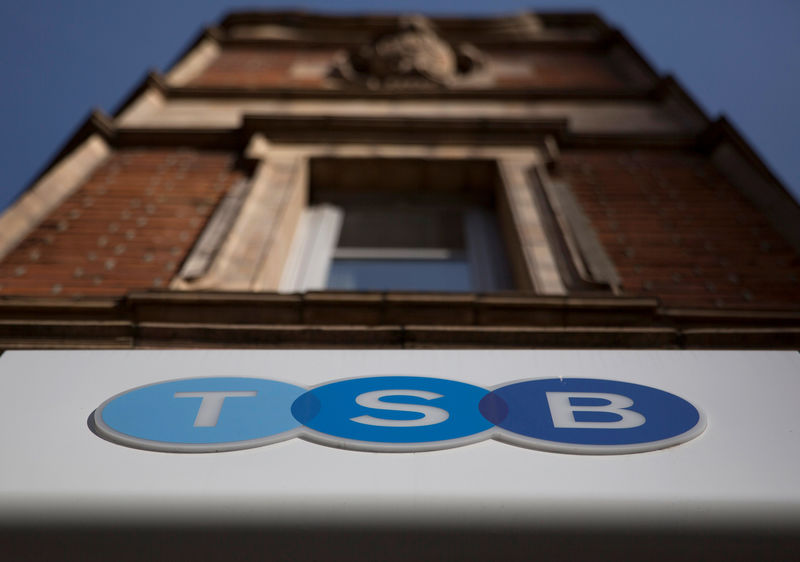 By Jesús Aguado and Lawrence White

LONDON/MADRID (Reuters) – British bank TSB will close 82 branches next year, about 15% of its total, as part of a turnaround plan aimed at achieving total cost savings of 100 million pounds ($128 million) by 2022.

The bank, whose roots go back about 200 years, was bought by Banco Sabadell for 1.7 billion pounds in 2015 as the Spanish bank sought to expand into Britain and secure higher revenues.

The move backfired when IT glitches sent TSB’s costs spiraling, forcing Chief Executive Paul Pester to resign amid complaints from customers and lawmakers over the fiasco.

Under the new strategy, Pester’s replacement Debbie Crosbie will follow a blueprint set by larger rivals like Lloyds (L:) and RBS (L:), reducing branches and plowing money into digital channels to fend off upstart online rivals.

The bank did not give details on potential job losses from branch closures affecting its almost 8,000 staff in Britain.

Announcing its mid-term strategy for 2019-22, TSB said it expected savings to help improve its cost-to-income ratio by 15 percentage points by the end of the plan, as it attempts to turn a profit after last year’s loss.

TSB said it was aiming for a profit after tax of 130 million to 140 million pounds by 2022, from a breakeven position now.

Since Sabadell bought TSB in 2015, the outlook has darkened amid uncertainty surrounding Britain’s planned departure from the European Union and due to low interest rates, making it tougher to deliver a quick turnaround from last year’s IT problems.

Sabadell Chairman Josep Oliu said this year TSB needed first to cut costs before potentially becoming a candidate for a sale or taking part in any consolidation in Britain.

Oliu said TSB was not expected to contribute positively to group’s earnings until 2020.

TSB was hit by fresh IT problems on Friday that meant thousands of customers woke up to find wages and vital payments had not reached their accounts.

The IT failure came just days after TSB was heavily criticized in a law firm report for its handling of last year’s crash, which locked nearly two million customers out of their accounts.