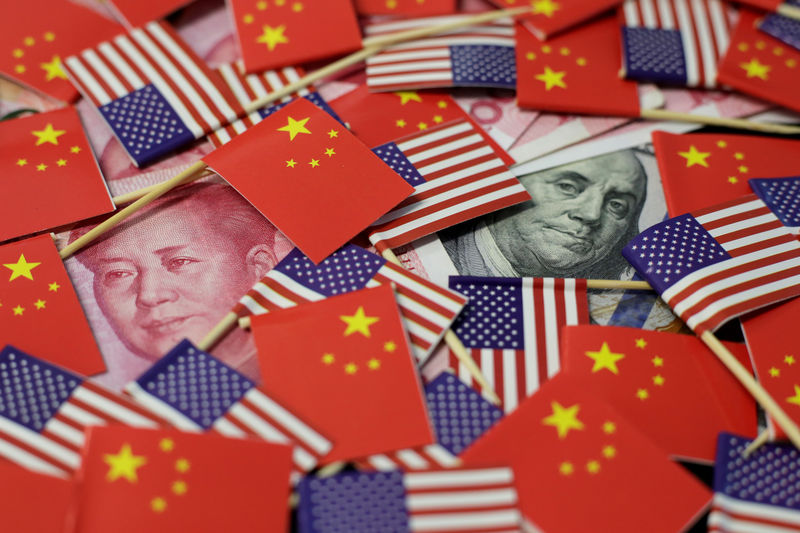 By Scott Murdoch and Andrew Galbraith

HONG KONG (Reuters) – China’s government has mandated 13 investment banks to lead a U.S. dollar sovereign bond deal, according to a term sheet seen by Reuters, its third since its international debt issuance program was revived two years ago.

A banker with direct knowledge of the transaction said China would likely seek to raise more than $3 billion, in line with the size of last year’s deal.

The term sheet showed there will be four tranches of bonds, which have not been rated by any agency. A person familiar with the transaction said the tranches would be three-, five-, 10- and 20-years in maturity.

It would be the third transaction since 2017 when China launched its first U.S. dollar bond in 13 years.

The 2017 deal raised $2 billion while a separate transaction in 2018 raised another $3 billion.

Frances Cheung, head of Asia macro strategy at Westpac in Singapore, said the deal would be closely watched by global investors.

“The issuance will likely prove the popularity of China sovereign bonds, but more importantly, hard currency issuances help set up a benchmark for Chinese corporates to raise funds in foreign currencies,” she said.

China sold its first euro-denominated bond in 15 years earlier in November, raising $4.4 billion and analysts believe the European markets will become a greater source of funds for the mainland in the future.

The euro issuance was seen as a benchmark for Chinese issuers in the euro market, which could help steer corporate issuance away from dollar-denominated debt, at a time when China and the United States are embroiled in a protracted trade war.

The term sheet for the U.S. dollar transaction, which is due to begin Tuesday, shows the Chinese government has appointed Bank of China and Bank of Communications to lead the deal.