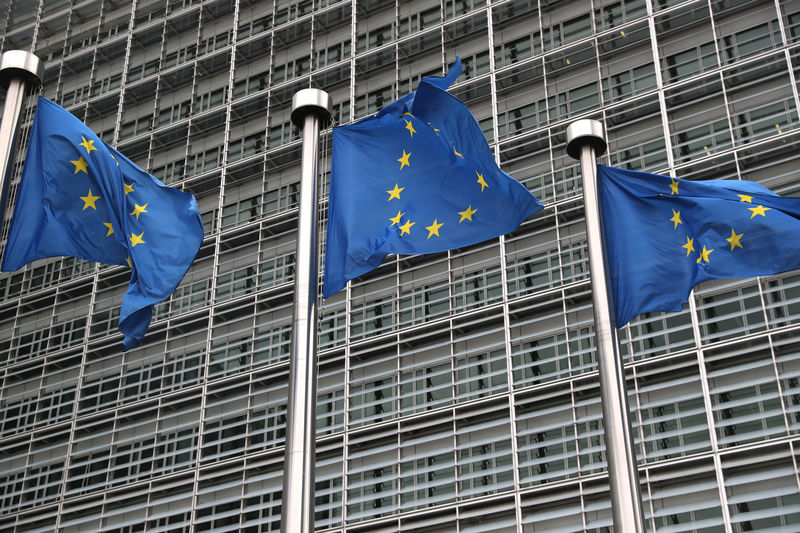 BRUSSELS (Reuters) – European Union governments are close to agreeing new rules for handling failures of clearing houses, increasing the burden on these firms to limit losses that might rock the financial system, EU documents and sources said.

The rules could set a global standard for regulators, which put clearing houses at the center of trading in over-the-counter derivatives and interest rate swaps after the 2008 financial crisis but did not agree on how to wind them down safely.

To lower risks in the multitrillion-dollar derivatives trade, clearing houses stand between both sides of a transaction and ensure its completion even if one side goes bust.

But the system is so reliant on them that they have become what analysts describe as “too big to fail”, meaning they are so large that a collapse would send shock waves around the global financial system that could force governments to step in.

In what would be a major regulatory shift, EU governments are set to agree draft rules that would clearly define how to address clearing house failures, putting a higher financial burden on them and reducing costs for banks and other clients.

Draft documents prepared by the EU’s Finnish presidency and seen by Reuters say clearing houses, also known as central counterparties, should use their own resources to cover losses “before resorting to other recovery measures requiring financial contributions from clearing members.”

This would double clearing houses’ contributions in a crisis to 50% of capital they are required to set aside by regulators against losses.

Finland has secured a broad consensus on the draft rules so they will be adopted by EU governments if no objections are raised by a large number of them by Tuesday evening, two sources familiar with the matter told Reuters. The EU parliament also needs to approve the rules.

The clearing business is concentrated in a few houses primarily owned by the London Stock Exchange Group plc (L:), International Exchange Inc (N:) and CME Group Inc (O:). Most trades cleared through them come from about 10 big banks.

When one party in a transaction, whether a bank or fund, cannot meet its commitments, it is first to pay for its failure by using backstop capital set aside before the transaction.

If that is not enough, under existing rules, clearing houses contribute up to 25% of their capital, before a default fund financed by banks and other clearing clients is used.

The draft rules would force central counterparties to put up more of their own capital if the default fund was not sufficient to cover losses. Banks would need to pay extra cash only if this effort from clearing houses were still not enough.

But the draft does not explicitly require central counterparties to raise more capital after a recovery, leaving it unclear how they would close any gap opened by their crisis contributions.

It also remains unclear how the new rules would apply to Europe’s largest clearing houses, which operate from London, after Britain leaves the EU.