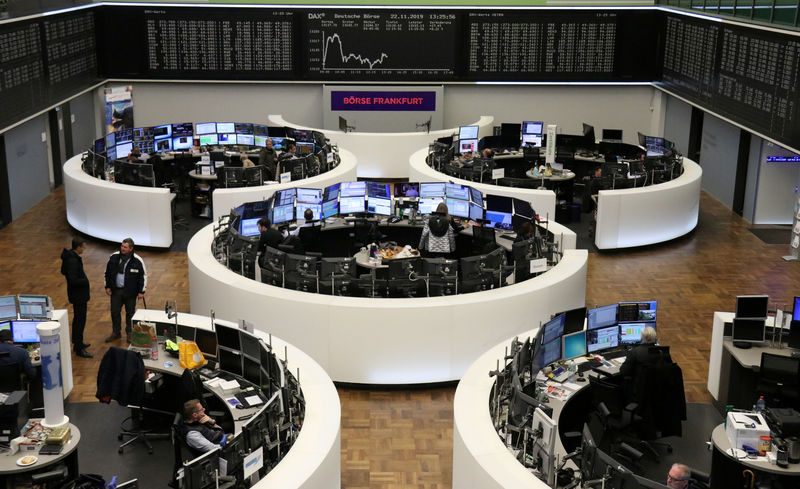 (Reuters) – European shares rose for the second straight session on Monday following reports that Washington and Beijing were nearing a trade agreement, while LVMH gained after signing a deal to buy U.S. jewelry chain Tiffany.

A Chinese state-backed tabloid said on Monday China and the United States were “very close” to an initial trade agreement, adding to optimism from Friday, when the presidents of both the countries reiterated their desire for a deal.

Focus now turns to the German IFO business sentiment survey due later in the day. Economists expect a reading of 95 for November, slightly higher than the 94.6 recorded in October, according to a Reuters poll.